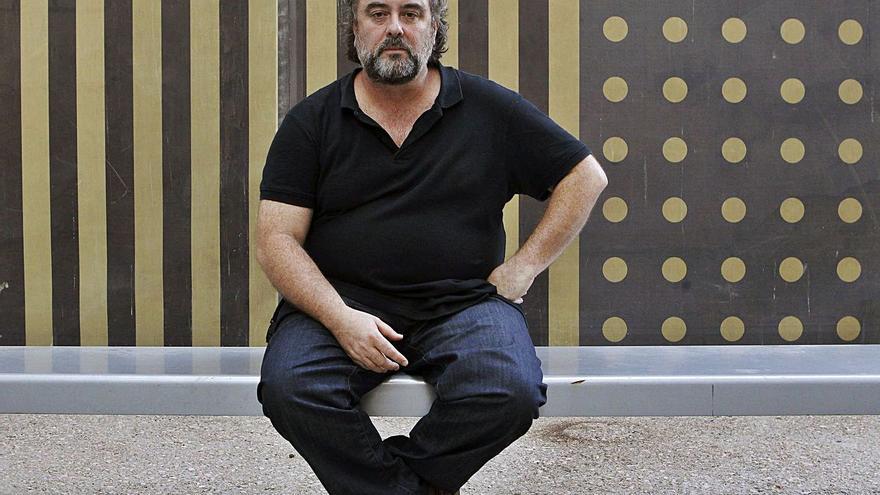 Risky no, the type of theater that I like is the one that looks around and asks questions about the world in which it lives. For me it is not a risk to talk about it, there is a strong debate about the regulation that feminism has put on the table. It is not a risk but quite the opposite, the fact of focusing on critical points that create controversy makes people curious. This has been the case, it is a phenomenon wherever we go because it is a subject that is not normally discussed, but it runs through our civil, moral and personal society, everyone knows someone who has had a relationship with prostitution, in the dark areas of the city ​​is known to be something tremendous. I do want to make it clear: within the subject there are two different things, one is prostitution, the other is trafficking, which are closely related.

Do you delve into the work on the debate on regulation or abolition?

Yes. We did some investigative work. When I work I try to develop or deepen the subject through workshops. A year before, we came into contact with the Callejeros production company, which controls a lot the report at street level and we agreed that I would do a report and they would shoot the whole process. The actresses were accomplices from this first moment, and they were the ones who interviewed the prostitutes. What the function does is give the testimonies of women in action, it wanted the public to be whores, to meet them, to put themselves in their shoes, to try to understand what prostitution is. Something very contradictory in prostitution is that it is the sale of pleasure. In addition to the mafias, the trafficking networks, there is a vital component that is the moral, which in Spain is very marked by a very strong Catholic tradition, which has installed hypocrisy: prostitution is censored, but consumed.

Does this hypocrisy have to do with the fact that the subject continues to be taboo?

We have it in our genes, but the show fills up. They are actresses that people like to see, but it is a special phenomenon, everyone wants to see it, talk about it. Many women have thanked me for addressing the issue, they have even told me, even my mother, that “all women at some point have felt like a whore.” It’s okay for us men to try to understand, I agree. It is not difficult to take the position against and say that this must be abolished, but then you start to meet a lot of women who claim prostitution as a sex work, and who say that the only way that it is not dangerous is to regulate it and be protected. In the play there is a debate between a woman who has practiced freely and another who has been a victim of trafficking. I was excited that this debate could take place on the stage of a theater.

Is it possible to interpret it without giving a glimpse of what you think about the subject?

I am not concerned with giving my opinion or showing it in the work. I believe that the work of art speaks for itself. The show leaves the viewer’s imagination free, it helps you understand reality. In that sense, we have relied a lot on musical comedy, on cabaret, these are areas where prostitution has developed, places of trade with sex, I think anyone who has gone to clubs knows what I am talking about. For my taste, I give my opinion through the show. I think that women must decide for themselves, but first we must end slavery in Spain, that of temporary workers or prostitutes. I believe that regularization means control over abuse.

The play narrates rapes, violent situations, treats… How does the music integrate with these hard themes without losing its dramatic charge?

Very easy, I refer to many examples in the cinema: Chicago, Cabaret or any of those films that have dealt with the subject and that normally have reflected the world in which we live, the world of marginality, they have used music and dance . One of the first ideas that I wanted to carry out with this bet is the act of representing Pichis, the chotis from Madrid. I grew up singing it to my grandmother, and it is a play about a pimp, a pimp. I rely on that, on how easy it is to represent the sordid. I am passionate about the show, it has a critical point, it is the point of view that we want to acquire.

What is the process like in which actresses come across these hard, real experiences and then translate them into their own performance?

We all wanted to do what we have done with respect. It depends on how you find yourself makes you change your mind, each of the actresses had a previous position, everyone has it, and for them meeting women has been an absolute change. The first thing you do is shake yourself off, realize how little we know about this. The more under the rug it is, for society, the better, so you don’t have to get into conflict. People don’t want to face stigma, which is one of the big problems. Says all the insult, ‘bitch’, ‘son of a bitch’. Let ‘whore’ be an insult and not a plumber, and customer is a widely recognized word in our society. The type of capitalist society in which we live has a lot to do with it. Everything is for sale.