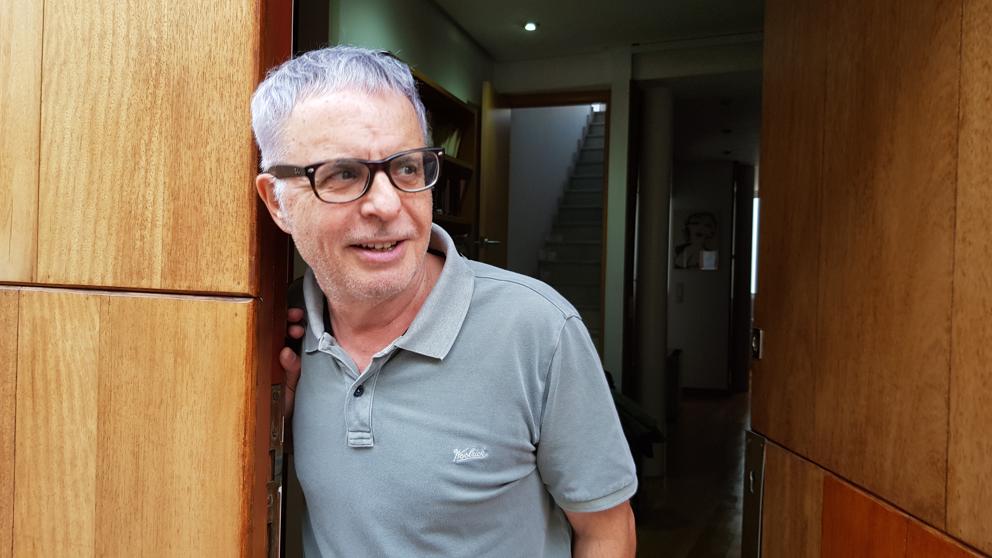 An idea and a challenge. Ferran Torrent acknowledges that the light was installed in his mind years ago, specifically in 1993, when it was known that two men had robbed a bank in the center of Valencia taking 100 million pesetas during a mascletà, thunderous pyrotechnic show that runs every day in the falleras parties. The authors were never located. "I am more of ideas than of arguments," says the novelist, who points out that it was spinning in his head "until years later I found a way to carry on my story."

The challenge for the Valencian writer was to "be able to tell how in the minutes that a mascletà lasts, about seven or eight, a group could enter that bank and take 1.5 billion pesetas." "How would I have done it if it were the brain of a robbery?" He asks. It is not his robbery of 1993, it has nothing to do, but the idea, he says, "supposed, without consulting with robbery professionals, how to do something so difficult and at the same time spectacular."

The idea and the challenge are the engine of the new novel by the Valencian writer, Power tell-ho (Column, in Spanish and Catalan). An exciting and intense plot that is the third installment of the series The Segon System, after the success of Un dinar a dia qualsevol and Individus com nosaltres. A story in which the characters of the imaginary universe of Ferran Torrent rejoin their forces to reach an unprecedented goal. They are, as the author defines, his “outsiders”, men and women who “cohabit in the second system, or outside the system, with their own rules, with their own ethics”, with names that every reader of the Valencian work is familiar, from Toni Butxana, El Llargo, El Mesié, El pare Rafel, El Gordo García, the curator Tordera, Sara, El Gitano or the journalist Marc Sendra, among others.

Ferran Torrent takes a leap in time and places the action in 1982, in the middle of the political change cycle in Spain, in a Valencia that not long ago had removed the statue of Francisco Franco from the Town Hall square. "I wanted the story to develop in that temporary space, in which València left Franco to embrace democracy, among other reasons because the reader who has read the first and second installments already knew the characters."

Ferran Torrent's new novel is extensive, 482 pages that are easily consumed thanks to a masterful use of dialogue. “The dialogue has allowed me to build the plot and even draw the characters, which are not described as such but through conversations; I had taken the masterpiece of Billy Wilder (1961) as a reference, I wanted this novel to have a great rhythm until the end ”. Being able to count-ho is, for this reason, the result of a great effort that the novelist acknowledges that "it has exhausted me."

All the characters move in parallel universes, in illegal gaming environments, clandestine gambling houses, coffee shops and bars of a world in which Ferran Torrent's antiheroes walk skillfully, this time to take a hit that is, in itself same, an act of rebellion. And in which all the characters have a fundamental role, in which all the pieces of the main plot and subplots are fitted to offer the reader, worth the metaphor, a mascletà at the end of the book. Without excessive violence, "I do not like to include violence in my works" and yes with huge doses of humor, which bring the human quality of some characters that are shown, perhaps, as Ferren Torrent recognizes, more tenderly than ever before. . But protagonists, finally, who end up, all, yielding to human weaknesses, almost always attracted by rapid enrichment, by the money that is capable of breaking the most rigid principles, even the most unexpected characters. "I understand human weakness, I understand it, is to think what we would do at certain times if we had the possibility of achieving certain things outside the law," the writer reasons.

Ferran Torrent talks about his new novel from his house in Sedaví, where books and papers are piled up that discover a disciplined worker of literature. "I'm a workaholic, and I'm a man of good routines because I don't have schedules, especially when I write, which is when I set a goal every day, because I can't be without work." The writer, with more than twenty published novels, warns that there will be a fourth installment of this series. He acknowledges that for the future he would like to write a spy novel, "but not James Bond, I think there is a kind of current spying worth addressing."

And one last note that points out in this talk to some requests for institutional recognition that come to him: "I appreciate them, but I would not know what tie to wear … The creators should never accept this type of recognition."

‘While the war lasts’ opens the series ‘Cine Goya’ | Culture