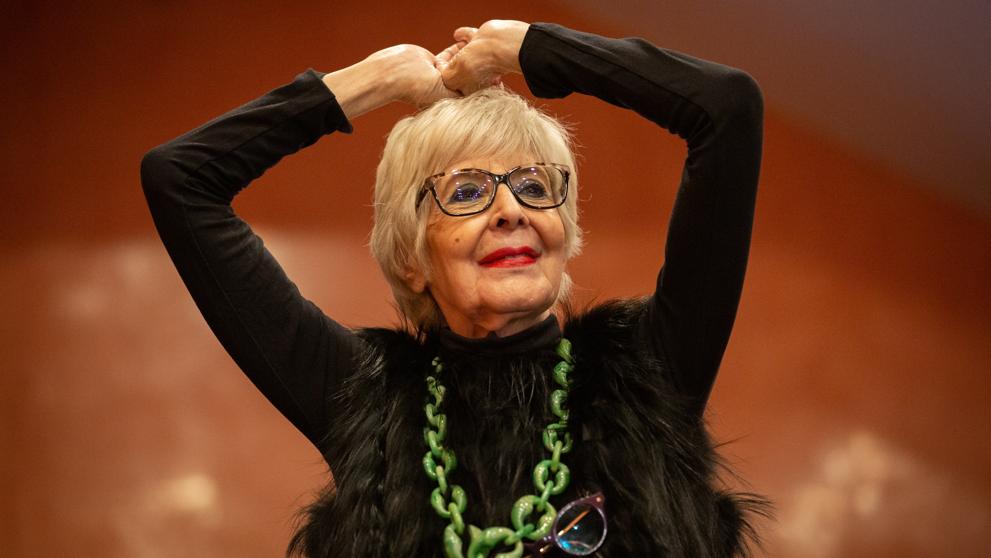 Concha Velasco (Valladolid, 1939) lands in Barcelona, ​​at the Borràs theater, to star in the comedy The funeral, a work written and directed by his son Manuel in which he plays Lucrecia Conti, a great actress who dies and to whom the Ministry sets up a large wake in a theater. The many attendees will be locked up when their ghost To adjust accounts. The assembly will be until March 8 in the Borràs and shortly thereafter will close in Zamora two years of functions. And there is Concha for a while: its next assembly has already been learned, Maria’s room, although. he says smiling “with that maybe my career is over, because I have turned 80 and as I plan to die at 82 … It’s an average. In my family we have decided what is my turn: my father died with 86, my mother with 74. I have 82. But I do not care, since I do The funeral and I see myself dead on stage, I am already used to it. ”On the protagonist of this work, she says that she is herself but“ in a superlative degree ”.

He just turned 80, does that sound like a lot?

Sounds like a lot and it also felt bad. I’ve spent my whole life saying, when they asked me what I wanted to be when I grew up, that I wanted to be 80 years old and be a grandmother. And ghost. And I do not say it for this work, but because I would like to never die, to be a bit like the hell devil. I don’t care about death but I would have liked to be a ghost. Well, I’m a grandmother, I’m a ghost and I’ve reached 80, and everything has fallen fatal.

Because reality is not fiction. I think I live in a constant fiction. I think I’ve invented life. If I start thinking about when I was little, it is not true what I am telling. I’ve invented everything. When I reach 80 and I have realized that my life is a lie, I see that I am 80 years old, I am not a ghost and I am really going to die. And I do not know about the resurrection … I have realized the reality of life, which is not what I thought.


“It was repipi, I have been a lot, I know, I read interviews of mine and by God! It was very marisabidillla, marilista, doñama”

What do you mean it is not what you thought or counted?

Well, I always say that I want to be happy and that is impossible. Maybe I have been happy and I have not noticed. Now that I look back, and I never like to do it … There was a function in which I replied: “Well, I don’t look back neither with anger nor without anger, I don’t even look.” It was repipi, I have been a lot, I know, I read interviews of mine and by God, it was very marisabidillla, marilista, doñamás. Well now I look back. And I realize that there are many people who have helped me in life, that I have to ask for forgiveness because I have not been such good people either … I am in a moment to consider things more seriously. And I think I have a better head and I am able to say no, I have always been very afraid to say no, I have always been a cowardly woman, physically cowardly. The men I loved, because I have loved several, not as many as the press says, always saw me so above them that everyone complexed me. One told me that if I had a soft ass, the other that if I had wrinkles, the other put on my horns, and I have realized that I have always been a great woman, but that I have spent a little life so quickly that perhaps I have not lived it, I have lived a life that was not real.

I would like to be the saint. It is still my bedside book: The book of life. She did not want to be holy. In the end it says “I finally die inside the church.” Did you do any miracles? Nothing. They say that the day he died the almond trees flourished. It would be climate change. He did no miracle. They have been determined to be holy. I didn’t want to be. But she is a doctor of the church. If I had to leave a testament to my children who did not know that I am an actress, do you see how I am already inventing a life? Santa Teresa, because I think it was a good job, Queen Joan Y Carmen, Carmen The musical, three wonderful works. It is not mystical. I am nothing of the characters that I have done throughout my life, nothing. The yeyé! But it was a joke invention with Augusto Algueró! But he liked it so much that after the premiere of the film, the projections had to be stopped and Tony Leblanc and I recorded a scene for the final. He liked the song more than the movie.


“I had panic attacks and I started to read the phone book in the hotel room. But I’m not afraid anymore ”

Are you not impressed to see a coffin in the center of the stage every night in which your character is dead?

No, because when I die I will not die like this lady who is there so ugly, that I have to put on makeup. Although without lights it impresses me a little more. But as I know I have to die … I had panic attacks and I started reading the phone book. I could not be alone in the hotel room. As I panic attack thinking about death I learned the phone numbers where I was. But being afraid of death when we know that we are going to die from one moment to another … Do you know? I am not afraid anymore. In that eighty years I have sat well. I am a good actress and I would like to be a better person. And I can say no. Before I always wanted to like everyone.

“Now I am apologizing to poor Paco Marsó who is in heaven and I do not allow anyone to mess with him, he does not know how I would like him to be here”


Who does Lucrecia Conti or Concha Velasco have to settle accounts with?

I had three people alive, three men whom I had voluntarily hurt and I could ask for forgiveness. You don’t know how he released me. I had pending accounts and since they are alive I have been able to settle them. Now I am apologizing to poor Paco Marsó who is in heaven and I do not allow anyone to mess with him, he does not know how I would like him to be here. He was so nice, so handsome, so funny, but we fought. I apologize because he died ten years ago and I have forgiven him. Sometimes it appears on stage. When something doesn’t work I say Paco! And it appears.

He learned phone books and in the press conference of the show he recited some phrases in Catalan that he said a long time ago in a performance with Alberto Closas. Do you have a prodigious memory?

I can do any of the functions that I have done tomorrow. Now I am studying next and I know it. I study hard. In Neighborhood cinema I know Lucrecia’s life, which I had yesterday. I study hard. Maybe that’s what keeps me so awake.

Romina Paula presents on Channel «The whole time», a free version of «The Crystal Zoo», by Tennesse William