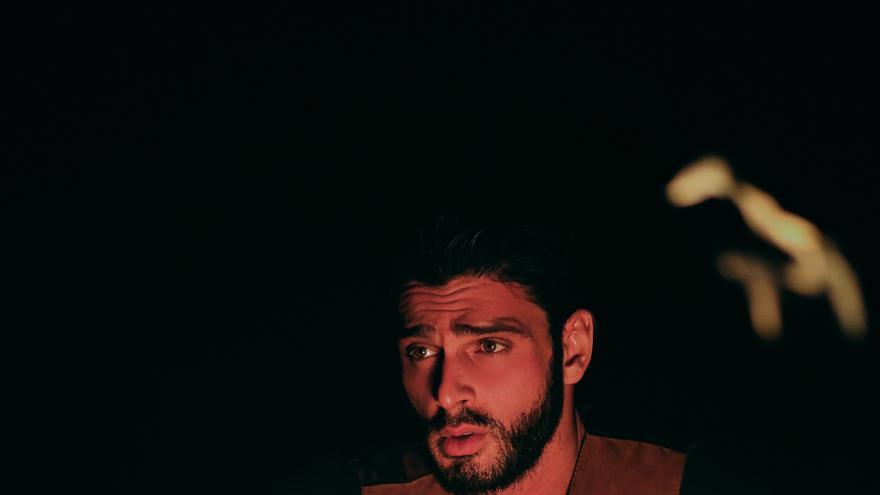 Mexico, Mar 10 (EFE) .- After being recognized as the seducer of the Netflix movie “365 days” (2020), Michele Morrone has shown that his talent is not limited to acting and, with a solid start in the music, passionately enjoy everything he does.

“I see my future exactly as I see myself now. I see myself making movies, music, paintings. Doing the things that I have done so far. Always being passionate about what I do because if you are, everything that results from that is good”, says the actor in an interview with Efe.

In 2020, the eyes of the world were on Michele, his Massimo character filled the screens of the people waiting at home with eroticism and, since then, he has experienced a rise to international fame almost overnight.

As proof of this, his almost 12 million followers on Instagram.

“How do you think that feels?” Morrone asks with a smile, to add: “It’s a bit weird, sometimes you need a little privacy. Now every time I go outside it is very intense, but at the same time it’s part of the game, so I accept it and enjoy it. ”

His new bet is in the musical field, after the film the actor began recording the album, “Dark Room” (2020), an album in which pop is mixed with ballads and electronic sounds.

It was precisely on March 10, 2020, before the world lived in lockdown due to the coronavirus, that Michele was able to be in a face-to-face stage showing his music in Warsaw, Poland.

Now he is preparing to return to the stage in a different way, with a virtual show in which he hopes to please all these fans of the world who are eagerly awaiting him, and he will do so with a format in which he will mix his two greatest passions.

“(The concert) It will be like a movie. When we go to a normal concert we only have a vision but we can virtually see different angles, it will be very nice,” he explains.

Michele (Bitonto, 1990) confesses that his interest in music came long after his fascination for acting caught him.

It was in 2018 when he began his first musical works, accompanied by his guitar, which he says he plays well, “without being a professional”, while in acting he made his debut at the age of 11.

She makes both disciplines compatible in addition to her love for painting, which she regularly shares with her followers on social media.

Although Morrone is Italian, he chose the English language to convey his feelings.

“I have no plans to sing in Italian, I feel very comfortable with English and I feel that I can express myself better, and I also believe that English is the only language that everyone speaks, and everyone can understand you,” he explains.

“Beautiful” is their most recent single and it is the first song of those who make up a new album that will also have some collaborations.

“In ‘Beautiful’ I wanted to share my point of view on love, that is something that has no color or culture, when you fall in love with someone it doesn’t matter where they come from or what they do, love has no rules,” he asserts.

Among his plans is to do a world tour starting in 2022 and start filming a new movie for the month of May.