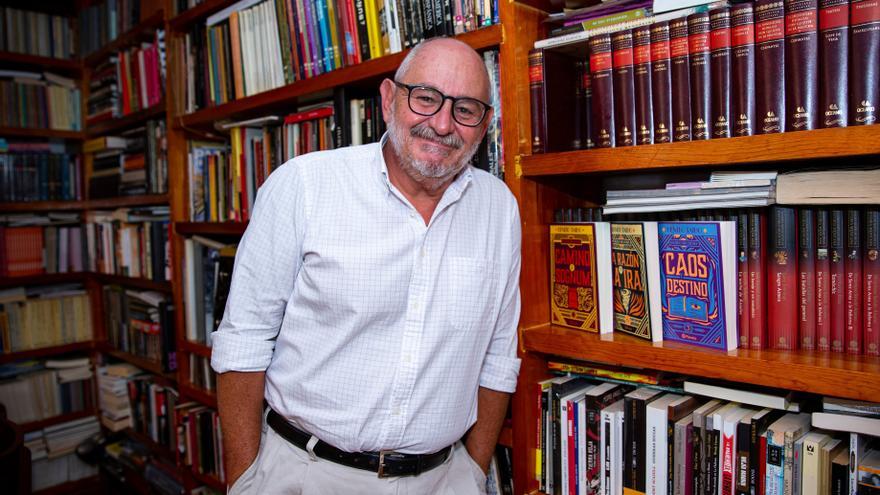 Mexico City, Jun 27 (EFE) .- Although he misses the massive book fairs and the tacos al pastor, Benito Taibo has not had the pandemic “so badly” because writers are used to being locked up, and always optimistic he trusts that science will soon get us out of this “quagmire” that the coronavirus got us into.

“I only prostrate myself before two altars, that of science and that of literature,” confesses this Sunday Taibo (Mexico City, 1960) during a video call with Efe.

The renowned writer offers them all his worship because the first “is fighting every day to try to get us out of the quagmire”, while the second “has saved us up, in the head,” he says smiling.

And if he has learned something, it is that the words “otherness”, “solidarity” and “accompaniment” are more relevant today than ever: “We cannot save ourselves. We have to save ourselves as a community and if we do not learn this valuable lesson during the pandemic, we will be condemned, “he reflects.

Taibo has already celebrated at least two pandemic anniversaries. The first, his 60th birthday, and now 10 years since the publication of “Normal Person” (Grupo Planeta), one of his most famous novels.

And he decided to update it, it was “like two friends knocking on the door and sitting down to eat as if time had not passed”.

The incredible stories of Sebastián, an orphan boy adopted by his uncle Paco, continue to be as successful as the first day, something the author would never have thought, since the books “survive a couple of months or three, if they are lucky” on the sideboards .

But “Normal Person” was also a small concession to his defense of the scientific, since it portrays that “magical thinking” so present in the daily life of Mexico, something that Gabriel García Márquez and Juan Rulfo understood perfectly.

“We Mexicans go to the doctor because we trust science but we carry a ‘deer eye’ in our pocket just in case,” explains smiling Taibo, who clarifies that the deer eye is a seed, it is not that Mexicans are leaving blind to the deer.

Ten years after his novel, Taibo happily observes how young people pass the book hand in hand, as he himself continues to be “that 17-year-old boy in a somewhat screwed up shell that still holds.”

The also promoter of reading and director of the university radio of the National Autonomous University of Mexico (UNAM) assures without an iota of doubt that “today it is being read more than ever” in Mexico.

“I just had a conference to promote reading with 1,200 kids connected to the screen. There are no school auditoriums that can hold this number of people,” he explains, pleased because technology allows these meetings.

His only regret is that through video calls on Zoom or other platforms his jokes do not receive so much feedback.

But he trusts that “soon” we will all be able to “look into each other’s eyes” at the big book fairs, at the taco al pastor stands or in the many places that he misses.

Meanwhile, he has not stopped working because he does not know how to “do anything else” than write. He is finishing a podcast of myths and legends of Greece and a book about food, because “cooking is culture,” he claims.

“You can feed blue whales, guinea pigs and cobras, but eating is a social and cultural act. You gather around a table and not only eat a meal but also exchange opinions and legends,” he describes.