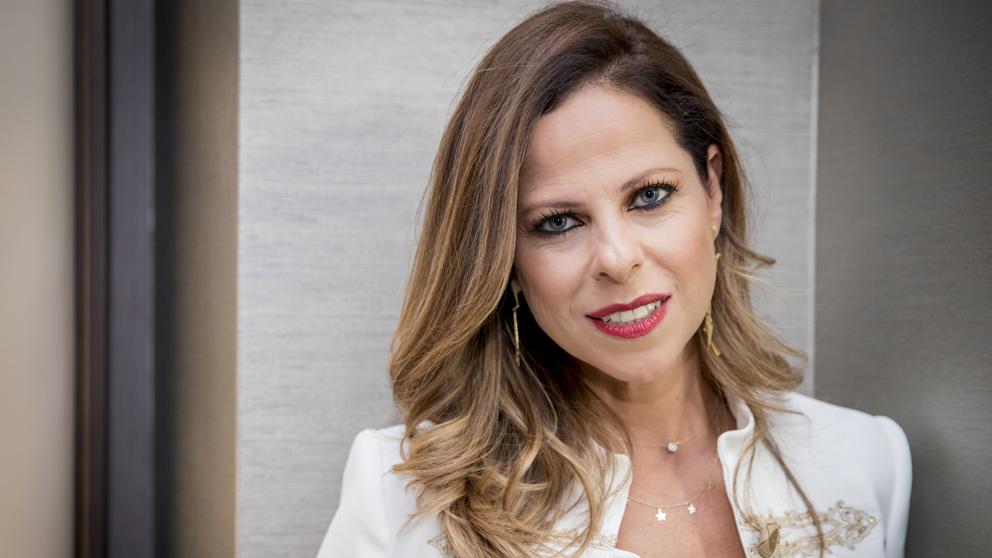 After 25 years of musical career, Pastor Soler come back with your new CD, Feel, title that perfectly defines the moment you are currently living. Six months pregnant and with all the feelings to the surface, the Sevillian knows what her followers want from her and offers it as a disc. He has gone through extraordinary moments in his career, but also through difficult ones. During her three-year break, because she suffered from stage fright, the artist had in 2015 her Star daughter, which due to the promotion of his album is missing a lot these days.

The singer explains to The vanguard that in this new album has been able to collaborate in the composition with David Santisteban. She comments that she is mainly an interpreter, so when working she tries to always surround herself with friends who know her because she considers that in order to interpret a song it is necessary that the songs send the same messages that she sends. On this occasion, he has had friends like Vega, Conchita or Vanesa Martín, among others.

Feel, what a beautiful word and how much it conveys. Why this title for the disc?

There is a song called Feel that Vega has composed and it is also an album that talks a lot about feelings, about making me feel and especially people.

He has written a part of the first single, Although it costs me my life. What does this song mean to you?

It has been the theme that I have composed with David Santisteban, with the message that sometimes we are our own enemies. In the end you realize that people welcome the songs, grab them and help them. I think there is no better thing to be told that.

Do you think that the songs of now have evolved compared to those of years ago in reference to the messages of female empowerment?

Yes, totally. I'm a balladist, I've had many songs about crying for men, but not anymore. Now maybe the songs that attract my attention the most are those about getting ahead alone, about being a strong woman. Nowadays we are more practical, you realize that everything comes out.

Have you noticed any difference when burning the disc while pregnant?

I really liked recording the pregnant album. When recording you get into the booth alone and there you connect a lot with yourself, but this time I noticed that I was not alone, I was with her.

Who are your main references?

What marks you at a certain time stays with you forever. A reference for me has been Rocío Jurado, because he did everything. I also like pop and soul, of which I also have important references.

He broke the news of his pregnancy at a concert in Jerez de la Frontera. Why there?

It matched me for time. My environment, of course, I knew, but I wanted to share it with my audience, also in a concert because it seemed like a beautiful way. Also by proximity, it was a day that many people from my surroundings were coming.

On the album there is a theme dedicated to motherhood, did you choose it for that?

Yes, in the background on the left. It is very curious because when I went with Santisteban to compose Although it cost me my life, the single, I teach this song. I told her I was beautiful but I didn't think it was a song for me because I wasn't pregnant. The funny thing is that it was, but at that time I did not know. Once I found out, I asked him to put the subject on the disk. Santisteban gave me the opportunity to finish it and add little things, there comes my daughter Estrella too.

Do you remember what you felt in your first concert after returning from your break?

Yeah right. The first time I went on stage after my break was at a concert by Alejandro Sanz; Being by his side was something very magical for me, because I was not alone and there we already broke the ice. The first concert alone was the litmus test because it was at the Teatro Real in Madrid, a very heavy stage and although I had already worked everything that entailed returning to the stage, I did not know how I was going to find myself. It was a magical day for the reception of the people. I was more confident than even before, because I no longer demand so much, I am no longer so perfectionist.

Do you plan when to stop for pregnancy?

When I got pregnant I could have stopped the production of the album, but I thought about it: Why does a woman have to go home because she is pregnant? I do not pretend to be an example of anything, but I feel like paying homage to all those mothers who have four months of maternity leave and who are the true heroines, because they have no choice but to do so. In December, that I will be already in the last month of pregnancy, I will remove myself a little in the middle. When I give birth, there I will stop because a baby brings a lot of work. In March I will do something timely and in May I will start the tour of the new album.