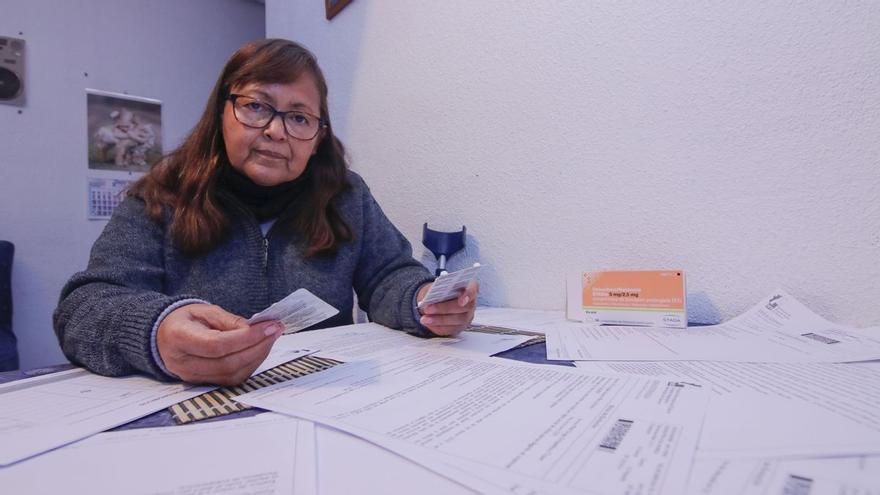 "I am desperate, I feel excruciating pain and I need help". Who sends this message of help is Rosa Anabela Godínez, a Guatemalan living in Caceres that carries waiting to have spinal surgery since June 2020date on which a doctor from the University Hospital of Cáceres included this intervention in the Surgical Waiting List with Priority I, which is the one intended for patients whose surgical treatment, being programmable, does not support a delay of more than 30 days. And it is no longer that this maximum period has been widely exceeded, but rather that the patient in turn assures that the hospital center itself has told her that the operation "no longer appears in any list".

Added to this is the fact that Rosa Anabela is also pending surgery on the right shoulder since March 2019, when on this occasion it was a physician who included the operation on the waiting list, although in this case without priority. Due to the delay in the two interventions, this user of the Extremadura Health Service (SES) filed a claim on November 5, requesting that the health care that she had pending be provided and alleged that they had even already carried out preoperative tests. .

The response from the Cáceres Health Area Management arrived on December 21 when they told him that would be intervened "as soon as possible"since the suspension of healthcare and surgical activities due to the pandemic had caused "a significant delay" that was "trying to be resolved efficiently" by attending to patients on the waiting list, giving priority to cancer patients and respecting the "rigorous order of the list". As the document does not specify what intervention it is exactly, Rosa Anabela understands that it will only refer to the shoulder, so she reiterates her request that they also operate on her spine, since it was a priority issue.

"I can barely even walk anymore because I'm losing mobility in both legs and I'm going to end up prostrate. I have such terrible pain that I can't even sleep. I need to have an operation now, because my situation is unsustainable", claims the patient.