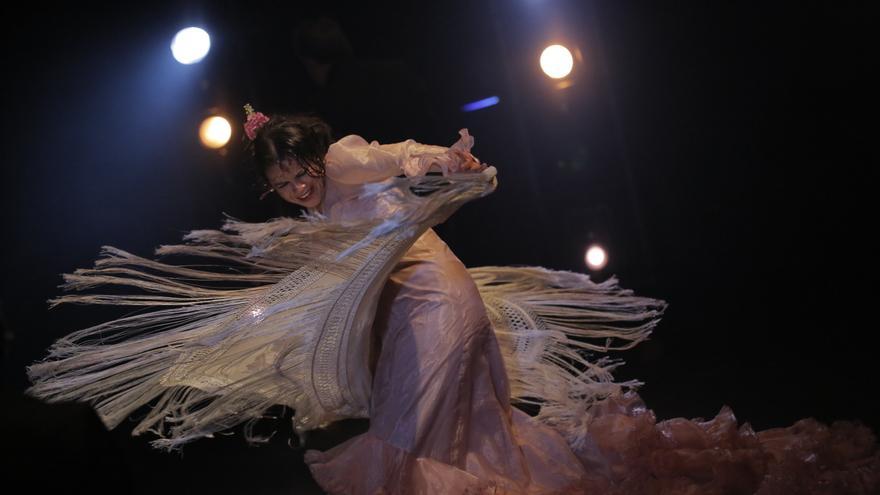 Madrid, May 5 (EFE) .- The bailaora María Moreno arrives this Thursday at the Teatro Real in Madrid ready to offer her best version, to give everything she has inside with the show “Yo bailo”, a flamenco recital with alegrías, tarantos and soleares, since -he says- “I love losing my roles on stage.”

Chameleonic and with an inexhaustible multiplicity of forms, María Moreno (Cádiz, 1986) for years has illuminated the scene with a reinterpreted flamenco. “I try to capture my personality and make it very true,” he explained this Wednesday in a talk with EFE.

When he dances he does not think, he is carried away by feeling. “If I think we’re going wrong, I become incoherent and don’t give one”, laughs this woman from Cádiz who loves “losing her roles on stage.”

On the stage she forgets her shyness, “I jump in with my story, I don’t have a filter, I feel powerful, a self comes out that doesn’t exist in my personal life,” she adds.

“I have been working on flamenco from its roots but with a contemporary perspective”, says this woman from Cádiz who assures that flamenco does not feel like 60 years ago, “life has changed, the bailaora has a different kind of life, a different training and, logically , that shows in the dance “.

María Moreno is no stranger, she arrives at this Madrid temple after garnering applause in great flamenco squares and recognized awards as a revelation artist at the 2017 Jerez Festival for “Wings of Memory” or the Revelation Giraldillo at the Seville Flamenco Biennial 2018.

“After this agonizing year, dancing at the Teatro Real is special for me, it makes me excited,” says Moreno, while lamenting the difficult situation flamenco is experiencing. “They have been fateful months, there are colleagues with a very unfortunate situation, but I am not complaining, good things have happened to me at work.”

Among them, he says, dancing for the first time at the Teatro Real, taking home a new Giraldillo al Momento Mágico for the start of his soleá in the show “More (no) More” at the Seville Biennial, as well as presenting the book “I dance” with the Granada-born photographer Susana Girón, a work that mixes flamenco, photography, text and image.

María Moreno’s training began at the Cádiz conservatory. Then he has been enriched together with artists like Eva Yerbabuena. Andrés Marín or Rafael Riqueni, in addition to working in tablaos strengthening their dance and making it bigger.

I am restless, I like to surround myself not only with flamingos, but also with artists of other genres, you learn a lot “, says María Moreno who when dancing is inspired by many things, from the sea to a beautiful photograph passing through a person, a feeling or a story.

It is obligatory to note that this young flamenco woman is struck by fashion and has wanted to give a new look to her dress and has turned to Palomo Spain to make her wardrobe for her latest show.

“It has been a total enjoyment, the result is very me”, adds the bailaora, who says that “the designer has been very generous, he has managed to put aside his creativity to get fabulous clothes with which I can dance and do not stop the movement”.

“My style is like a journey between my roots and my personality,” says this bailaora who dreams of “continuing to be happy.”