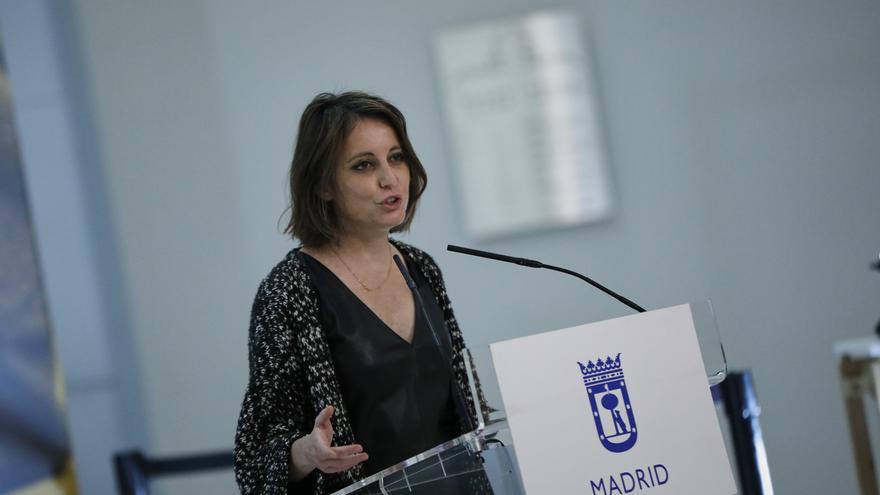 The session of the Culture and Sports Commission of the Madrid City Council ended this Tuesday with a formal complaint addressed to the mayor for the “insults” made by the councilor for the branch, Andrea Levy, on two opposition councilors, according to the letter of Amparo presented jointly by Más Madrid and PSOE. The two groups denounce that the delegate has “disqualified” councilors Pilar Perea and Mar Espinar “personally, in their clothing and in their activity as councilors.”

The request has been presented after a tense debate in which the Culture delegate has been called to order by the President of the Commission, Paco Pérez (Más Madrid), after he referred to Perea for the pendant he was wearing, understanding that he could cause a sprain. “I like the pre-Columbian art necklace that he wears. The only thing I wish him is that he does not hurt his neck because of how big he is,” he told the mayor of Más Madrid. The president then urged her not to disqualify anyone for their clothing, to which Levy replied: “Is the man from Más Madrid going to tell me how I have to make my speech as a delegate?

A few minutes before, Levy had had another run-in with the PSOE mayor Mar Espinar after she stated that the delegate is “an expert in posture culture.” “I can not deal with his frustration for not being anything or anyone,” has uttered Levy, who later added: “It must be that he likes me.” These two phrases, among others, are included in the protest document presented to the mayor of Madrid.

In the debate, the delegate has also described Espinar as a “macho socialist” on understanding that the mayor was “judging her for not being a mother at her age.” The socialist councilor had justified her absence in certain institutional events in her turn to speak because of her responsibilities as the mother of a minor in a pandemic situation like the current one. In the scuffle, Levy reminded the councilor that “she said she was affectionate with a singer-songwriter in the office” and warned Espinar: “Do not judge me again for my personal life.”

In the letter, the councilors recall that article 12 of the Organic Regulation of the Plenary Assembly stipulates that the councilors “are obliged to observe due courtesy and to respect the rules of order and operation of the municipal bodies” and they ask the mayor for protection. exercise “the necessary actions by the Municipal Corporation to prevent the repetition of scenes such as those experienced this morning during the Committee on Culture, Tourism and Sports.”