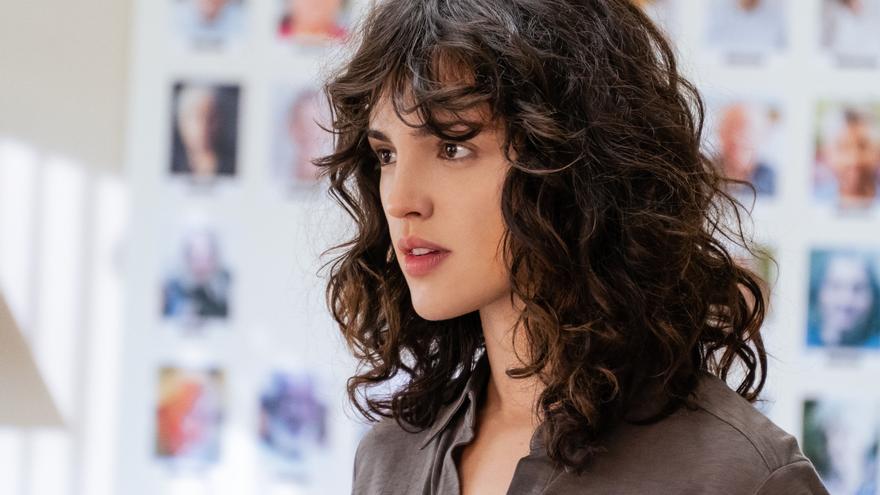 Los Angeles (USA), Feb 16 (EFE) .- The role that Mexican Eiza González plays in the next Netflix premiere, “I Care a Lot”, could not be more politically incorrect: a woman who together with his partner (British Rosamund Pike) takes advantage of the care of dependent elderly people to steal their wealth.

“In this film nothing is correct, there are many things that are wrong. But I like that mentality of women who do what they want because until now many roles have always been politically correct,” explains the actress in a video call with Efe from Los Angeles (United States).

Not a week passed since “I Care a Lot” was presented at the last Toronto Film Festival for Netflix to buy the rights to this irreverent comedy, which received critical acclaim.

In it, González plays Fran, the couple of an elderly caregiver (Pike) who, far from doing a good job, takes advantage of the United States dependency law to create a complex plot in which she steals all belongings and the money of those he is supposed to help.

When they meet a millionaire woman, forcibly declared dependent, the couple believe they have hit the perfect target until they realize that the old woman is not as vulnerable or foolish as she seems.

“I persecuted this character a lot. It is great to have a character that is not aligned with my values ​​because as an actress you cannot judge the character, you have to do what you have to,” says González.

“I grew up in a country like Mexico that can be very religious and a bit misogynistic, so I have always lived with a mentality that women cannot do this or, if they do, they will be a bitch,” he adds.

Although the actress enjoys being the bad guy in the story, no one is good at a comedy that features an all-star cast that includes Chris Messina (“Birds of Prey”), Peter Dinklage (“Game of Thrones”) and Dianne Wiest (” Hannah and her sisters “).

Its director, J Blakeson, came up with the argument after reading an article about the abuses committed in the US system of legal guardianship for dependents. An issue much commented these days for the case of singer Britney Spears and the #FreeBritney movement.

Against this complicated background, “I Care a Lot” creates a villain comedy based on the gray areas of the law, where dubious morality intersects with legal impunity. Nothing the protagonists do is illegal, but it is just as nefarious.

“The film talks about how the American dream is made in such a way that it is very complex to have a successful career,” he points out.

The funny thing is that this acid look at the American system comes from the hand of a Mexican and a British, Rosamund Pike, in the role of the twisted and elegant Marla.

“We play a homosexual couple, but very normalized, twenty-four sex scenes are not needed to believe that they are in love,” says González.

A PREMIERE THAT COMES WITH A NOMINATION TO THE GOLDEN GLOBES

“I Care a Lot” is one of Netflix’s big bets on its goal of releasing one movie a week, but this time it comes with a great endorsement: the Golden Globe nomination for Pike as best comedy actress.

“She can create chemistry with a wall,” González highlights.