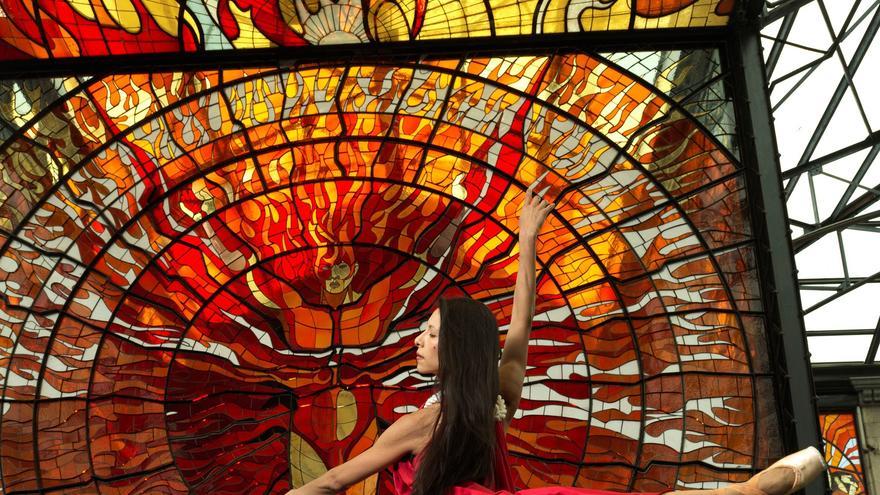 Mexico City, Jul 8 (EFE) .- “I keep dreaming and working to achieve things,” says the most notable contemporary dancer in Mexico, Elisa Carrillo, in an interview with Efe, convinced that interest in art and dance has increased during the pandemic.

“Art has kept the machine working. I think it is a moment to realize the importance it has, how important it is for the human being to let go of something beautiful, to enjoy the beautiful way of getting closer to the part more deep of your emotions “, affirms the dancer.

Carrillo has been characterized as a strong promoter of dance in the country.

The first dancer of the Staatsballett Berlin has a foundation that bears her name in support of children with big dreams like the ones she had in dance and, together with the Government of the State of Mexico, has been promoting the Danzatlán project for four years, the largest festival in its kind made in Mexico.

The festival will take place from July 30 to August 7 in a hybrid way, one year after being completely virtual.

“We had been very well for two years and the pandemic arrived, but I cannot complain, despite all the difficulties we are still present and it is a blessing. Last year it was digital and now it will be a hybrid format,” presumes Carrillo, who he hopes to arrive in Mexico in a few weeks after a long absence.

The event will broadcast ballet performances by international companies and will be composed of three face-to-face galas in which the prima ballerina will share the stage with great figures of classical dance such as Mikhail Kaniskin, Dino Tamazlacaru and Yolanda Correa.

With the latter, Elisa will also hold a discussion about her career as Latin women in this discipline worldwide.

BACK TO THE STAGES

Although Elisa (Texcoco, 1981) will set foot on Aztec lands and scenes, her return to stage life was in Germany after having been inactive for eight months, something she longed for for a long time and that only a few of her companions were lucky enough to live.

“The moment I returned to the stage it was like having always been there. It is your home, where you love to be, that moment is very pleasant, but after a long pause you realize that for your body it is also another sensation,” he says .

The dancer, recipient of the Benois de la Danza Award in 2019, assures that the strict confinement was not easy.

“There are things that one cannot do at home, because the floor is not ideal, that part of the movement of not having a space where you can run and feel that your body is really dancing was very hard,” he confesses.

But as she usually sees the positive side of things, the 39-year-old dancer highlights that it has given her the opportunity to share things as simple as dinner with her daughter and her husband, Mikhail Kaniskin, every night.

RECOGNITION OF YOUR PEOPLE

“(In Mexico) There is a lot of talent, we need to discover it and have the conditions to support it (…) The key is to find the talent and not waste it,” says Carrillo, who has been characterized by his interest in promoting the dreams of the dancers.

Recently Elisa congratulated the Mexican Rocío Alemán for having been promoted as a soloist dancer in The Stuttgart Ballet, a company of which Elisa Carrillo was also a part.

“One must support his colleagues, feel happy and proud of what they achieve. Each one has his destiny, his future and his own dreams,” he added.

“I feel blessed by what I have but the achievement of other people is something that should give us a lot of pride in Mexico,” she stressed.

In addition to her foundation, her work at Staatballett Berlin and the Danzatlán organization, Elisa Carrillo is co-director of the National Dance Company of Mexico with Cuauhtémoc Nájera.

At the end of his work in Danzatlán, the next ballet season awaits him in Germany, the performances and dates of which are already planned, so he is looking forward to the future with hope.

The impact of new technologies on young people :: Iberian Press for Orange