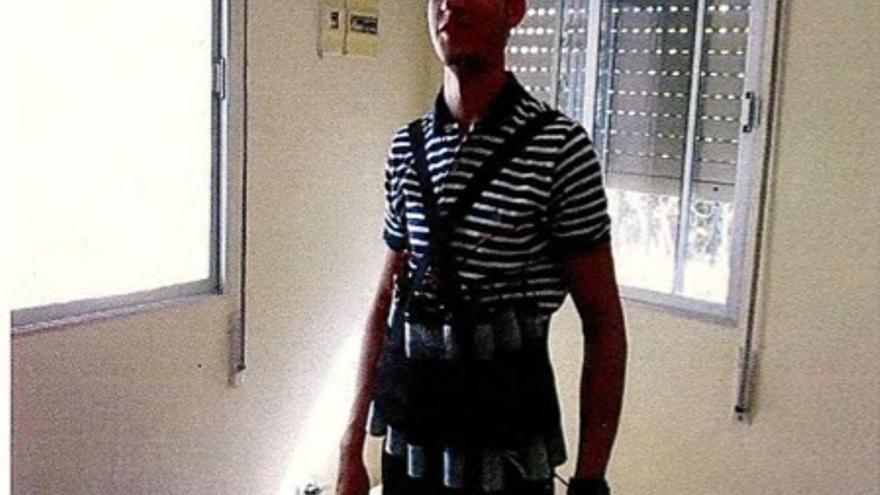 Neither compensated for injuries in the act of service, nor for psychological consequences, nor recognized as victims of terrorism. This is how two of the Mossos d’Esquadra agents who killed the jihadist on La Rambla five days after the attacks remain three years after the attacks in Barcelona and Cambrils. The Mossos have appeared this Thursday in the trial that is held in the National Court. “I was just waiting for the detonator to be released, to explode and we would die,” one of them told the court.

As in all trials, the oral hearing of the attacks in Barcelona and Cambrils has gone back to review what happened before, during and after the attacks of August 17, 2017 in Barcelona and Cambrils and determine the participation of the three defendants, Mohamed Houli, Driss Oukabir and Saïd Ben Iazza, for whom the Prosecutor’s Office requests up to 41 years in prison.

The time machine function of the trial has made it possible to expose the initial plans of the cell to cause a triple massacre in the Sagrada Familia, the Camp Nou and the Eiffel Tower by means of the explosives that they prepared in the Alcanar chalet. The accidental detonation of explosives thwarted the cell’s initial plans and precipitated the multiple hit-and-run perpetrated by Younes Abouyaaqoub, as well as the subsequent flight of the young Ripoll terrorist in the center of Barcelona.

If this Wednesday the Mossos d’Esquadra agent who met Abouyaaqoub took the floor at the trial just a few minutes after the outrage, this Thursday was the turn of the policemen who, after five days of flight, killed the terrorist in some vineyards of the Penedès, more than 40 km. Barcelona, ​​and of those who were run over by the young jihadist in a control outside the city the same day as the attacks.

The two mossos, citizen security agents (the usual police patrols, not special teams), explained that they received a notice that Abouyaaqoub had been seen in the surroundings of the town of Subirats. “There were more colleagues doing the search and we started it on a road,” said the first mosso. The two officers parked their car on a road that crossed the road.

They had just started down the road when they found the terrorist on the Rambla. Abouyaaqoub had changed his clothes on his escape: instead of the striped polo shirt with which he perpetrated the massacre, he wore a light blue shirt and reddish pants and large sunglasses. When the mosso went to corroborate by radio that the young man was the terrorist, Abouyaaqoub began to run.

“He pulled up his glasses, stared at me and the second later he disappeared into some bushes or bushes next to him. I yelled, ‘Hold it!’ And he came out and headed towards us shouting ‘Allahu Akbar’. He climbed fast towards us. screaming all the time, zigzagging “, has exposed his patrol companion, the other mosso who has related these events. “The shirt was lifted showing three or four metal cylindrical tubes and some cable, as if it were a belt of explosives,” the first mosso has detailed.

Then, the mossos recalled, the two took out the regulation weapon and began to point and shout at the terrorist “stop”, “stay”, “to the ground”, but when they saw that he ignored their instructions, they began to shoot. “He ran with his left arm as a screen, thus protecting himself by carrying an imaginary shield and the other hand was closed, pressing something, I don’t know if it was a detonator or a knife, we couldn’t see what he was carrying”, recalled one of the agents.

Despite the shots, Abouyaaqoub kept running and fell to the ground when they were only “10 or 12 meters” from the regional police officers, the mossos have continued. But the terrorist got back on his feet and resumed his career, so the agents shot him again until he was finally neutralized.

“There was an immense silence and I just waited for it to release the detonator and explode and we would die,” the first agent gasped. “The image that comes to me continuously is the imminent explosion at that time in the area where we are and at that distance I knew there was no type of escape,” confessed the other agent. The two witnesses added that when their companions arrived they were still pointing at Aboyaaqoub without “being able to move”, as they were in “shock”, and that they had to help them put their weapons away and leave the area.

The agents continue to suffer the consequences of having finished with the terrorist three years later. “When you talk about that again, now with the trial, it costs a lot,” recalled one of the agents, who suffered from post-traumatic stress for more than two months and has also had to deal with insomnia, nightmares during these months and anxiety. Neither he nor his partner have been compensated for the consequences of their act of service, and they have appealed the refusal of the Ministry of the Interior to consider them victims of terrorism. Only one of them has been decorated by the Mossos.

The injuries that 17-A caused to the Catalan police are also personified in the sergeant who was run over by Abouyaaqoub on the way out of Barcelona, ​​minutes after the terrorist had murdered the young Pau Pérez and stole his car. Unlike another of her control colleagues who was also run over, the sergeant has been recognized as a victim and compensated, but only for the physical injuries, not the psychological ones.

“I noticed a strong impact on my knees, a very clear acceleration and then another acceleration,” recalled the sergeant, to whom the magistrate who presides over the court, Félix Alfonso Guevara, has given a very correct treatment and has offered to sit down instead. to declare standing.