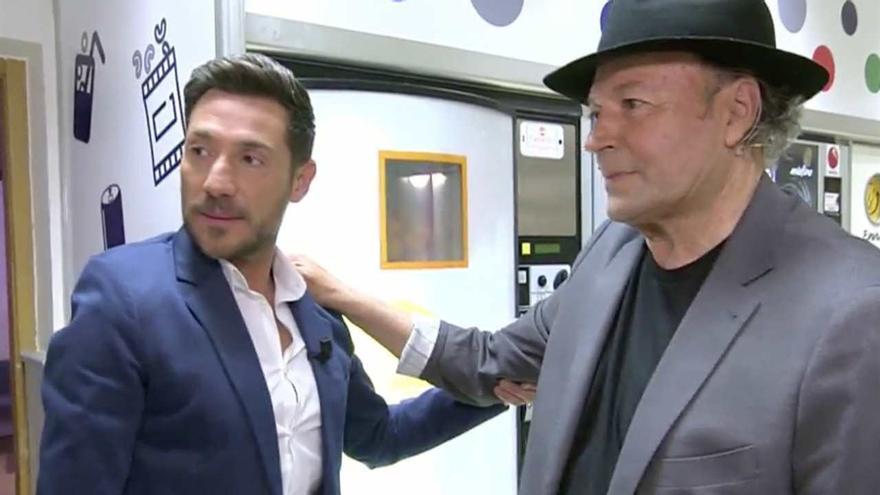 The brother of Rocío Jurado assured that He did not know the ordeal that his niece has narrated about their experiences with Antonio David and, in fact, his story shook him: “My whole body began to shake“In addition, he wanted to make it clear that if a diary of his sister comes out, he will ask for a calligraphy test: “If they put a newspaper, I would ask for a handwriting test because I neither understand it nor know it, nor does it have anything to do with us. I have only seen my sister sign autographs and work stubs ”.

On Rocío’s return to television, Rosa Benito’s ex-husband assures that he thinks: “Very good. Very good perfect”. Like Rosa Benito, Amador believes that those who have ruined her daughter’s career have been the collaborators of the program where she will sit tonight: “Man, very unfair. They have been very unfair. Rosario’s artistic career has been thrown to the ground. I will defend my daughter all my life, but if I were another type of artist I would say the same, that is how people do not behave with artists ”.

He denies that Rocío Carrasco has called him 3 times, as María Patiño told him on Thursday afternoon, and did not pick up the phone: “It is that he has not called me, if he had called me, I wish, I would say so”. He denies his niece who said he was talking to his cousin: “He has had a relationship with Chayo, I think they haven’t had a relationship for a long time”.

What he did want to confirm is something he has never talked about, the alleged threat from Antonio David when he said ‘I hope you don’t know my other self’: “Yes, but that was many years ago. That was early in his relationship with my niece. They weren’t even married ”.

Last Friday, the older’s brother sat in ‘Save me Deluxe’ to settle the controversies of these months, but nevertheless, he opened another melon.

And it is that according to Rosa Benito’s ex-husband Rocío Carrasco has a debt with one of her children of approximately 60,000 euros of the inheritance left by Rocío Jurado. Something that we did not know and that left us very impressed because, if this is true, Fidel Albiac’s wife would have to face a large payment that she owes to one of her cousins.

We have spoken with Amador Mohedano about this news that he told on the program and he has confessed that: “I hope it gets fixed”. And the only thing that Rocío Jurado’s brother wants is for Rocío Carrasco to settle the pending accounts she has with her entire family, specifically in this case with one of her children.

Again Amador Mohedano, one of the members of the Mohedano family who speaks the most, he puts his niece back between the ropes counting information that was unknown until now and of which we will not know what Rocío Carrasco will say in what is now her program.

The brother of Rocío Jurado assured that He did not know the ordeal that his niece has narrated about their experiences with Antonio David and, in fact, his story shook him: “My whole body began to shake“.

Similarly, both other members of the Mohedano family and Ortega Cano have stated the same, but the program of Maria Patiño explained that they had had access to 25 pages that were presented in 2003 before the ecclesiastical court to request the nullity of the marriage between Rocío Carrasco and Antonio David.

In them, Rocío Jurado, Ortega Cano, Gloria Mohedano and her husband José Antonio Rodríguez testified to request the ecclesiastical nullity and they recounted the experiences that Rocío Carrasco lived with Antonio David, including insults, her stories of walking around in the sun while pregnant with her second child.

“It has always been a bad coexistence, without affection or fidelity on the part of David. I saw my daughter suffer a lot“says Rocío Jurado’s statement.”Antonio David did not have the image of a husband dedicated to his marriage commitment. He had his freedoms, “Ortega Cano testified.

María Patiño does a journalistic “malpractice test” on the ruling of the Ecclesiastical Court: “I didn’t do my job well either” # Socialite472 # SUPPORT pic.twitter.com/l1bFJMvzym

In fact, María Patiño sang the mea culpa and assured in Socialite that in its day these documents came to light. “I’m going to do a bad exam praxis for me. This is from 2003, we had it many colleagues in the profession. It is not a sentence of abuse against Antonio David, but we could intuit or know what was happening in that house. I didn’t do my job very well. ”