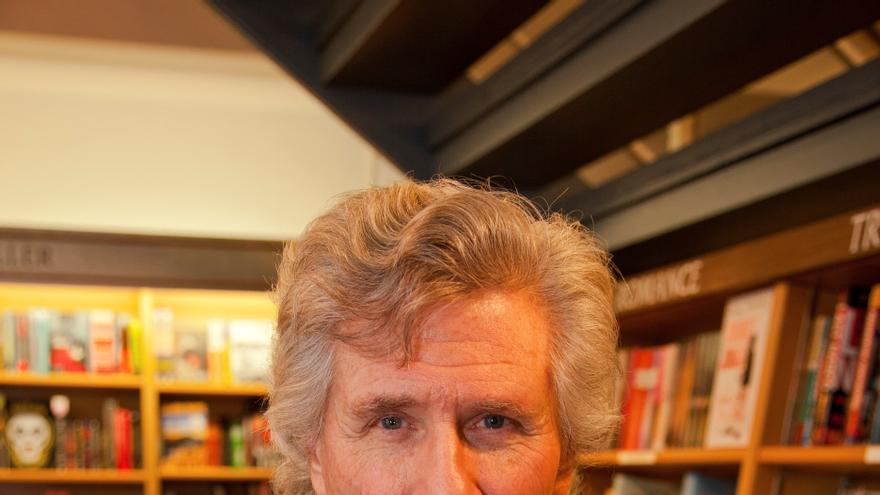 Barcelona, ​​Jan 10 (EFE) .- The American writer John Verdon, who has just published in Spain his novel “The Black Angel”, a new installment by ex-detective Dave Gurney, trusts that “the perennial interest in the stories and stories of the good against evil will survive the pandemic. ”

Verdon admits that, in the current context of the pandemic, with so many deaths from the coronavirus, there may be some insensitivity towards death, but prefers to distinguish “a significant emotional difference between deaths resulting from disease and a death that is viciously inflicted. for someone’s personal benefit, “he said in an interview with EFE.

In his opinion, the theme of the Gurney series is not so much the deaths of the victims, but “the vile intrigues that cause those deaths.”

In “The Black Angel” (Rock) the millionaire Angus Russell appears dead in his mansion with his throat cut, and the fingerprints and DNA found at the scene point to Billy Tate as guilty, a strange creature of the town related to witchcraft issues and with a grudge against the victim; but it turns out that after falling from a roof, Tate was pronounced dead the day before the murder.

When the police check the morgue they discover that the corpse has disappeared and from there a media circus is unleashed that speaks of the “murderous zombie”.

Verdon emphasizes that “The Black Angel”, like all Gurney books, deals with “the terrible effects of extreme selfishness”, which always leads “to suffering and death”; and he confesses his fascination with “crimes that are not what they seem, in this case, murders that, according to forensic evidence, were committed by a man who was already dead.”

After the bloody end of his last case (“You will burn in the storm”), Gurney returns to teach at the police academy, and in the beginning of “The Black Angel” he emphasizes to his students the importance of maintaining a skeptical attitude towards the police. eyewitness reports of crimes, as our minds and senses are easily fooled.

Gurney, a city man who moved to a town to please his wife Madeleine, has seen that his research has paralleled the evolution of that rural house, which has incorporated a chicken coop, orchard, a nursery and now a stable for alpacas.

Verdon thinks that “Dave Gurney’s attitude has gradually changed over the seven books in the series: At first, he felt trapped and out of place in the rural mountains. He and Madeleine had different feelings, leading to frequent conflicts.” .

However, in the more recent books they have both become more tolerant of each other’s point of view, and she now accepts that Gurney will never stop being a detective, and he has become more understanding of her connection to nature and already it doesn’t feel so out of place.

The novel addresses the media circus that is generated with a strange case in deep America: “Many people in rural areas of the United States do not identify with the world they see represented in Hollywood movies or television, and when they see represented to rural or working-class characters, they often feel downplayed or ridiculed. ”

That sentiment connects, Verdon points out, precisely with the experience lived during Trump’s term until the last consequences in the assault on the Capitol.

“There is a growing sentiment of two Americas, made up of the so-called ‘liberal elites’, who reside on the coasts and in the big cities, and the ‘true Americans’, who populate the heart of the country.”

In the author’s view, “unfortunately, politicians and the media have exacerbated this divide, with the result that most Americans now live in essentially separate political media and worlds that share little common information and instead are full of racial, religious and cultural animosity. ”

In the novel, another factor adds up when a preacher encourages his parishioners to fight Satan.

On this point, Verdon notes that “a particularly distressing aspect of America’s cultural divide is the unhealthy bond between certain evangelical Christian groups and right-wing populist politicians,” resulting in “religious fervor and apocalyptic thinking raining down on a political climate already tense, and in which too many people own too many weapons. ”

Asked about Gurney’s orderly habits and his null interest in gastronomy, Verdon assimilates his protagonist to Sherlock Holmes, “completely cerebral, always in search of hidden truths and for him food is more a necessity than a pleasure”.

It’s been ten years since Verdon debuted his first novel, “I know what you’re thinking,” but he never planned to turn it into a series: “When I wrote the second, I was sure I’d stop at three, and later I thought six it would be a good number, so now I have no idea how many there will be. ”

He adds: “Each novel was written because I had a new idea that excited me and, in fact, I have that kind of idea right now, and it has prompted me to write the eighth Gurney novel, which I hope to have finished by the end of this. year”.

Verdon is clear that he has no intention of writing novels in which Gurney does not appear.

The American author believes that “perhaps times of turmoil (such as those experienced in the Trump era) are more interesting for some writers than those of relative calm.” “But not for those of us who write about crimes,” he says, “because whether in war or in peace, there is always evil.”

Verdon does not believe that Joe Biden’s victory in the last US elections is a panacea: “I suspect that Trump and Trump supporters will remain on the political scene for some time, and ‘Trump’s America’ will be with us for a long time.” .

And he concludes: “Trump did not create the divisions in this country, nor his prejudices and hostilities, but he exacerbated them in ways that will be extremely difficult to heal. I hope that the Biden presidency will be a saner time.”