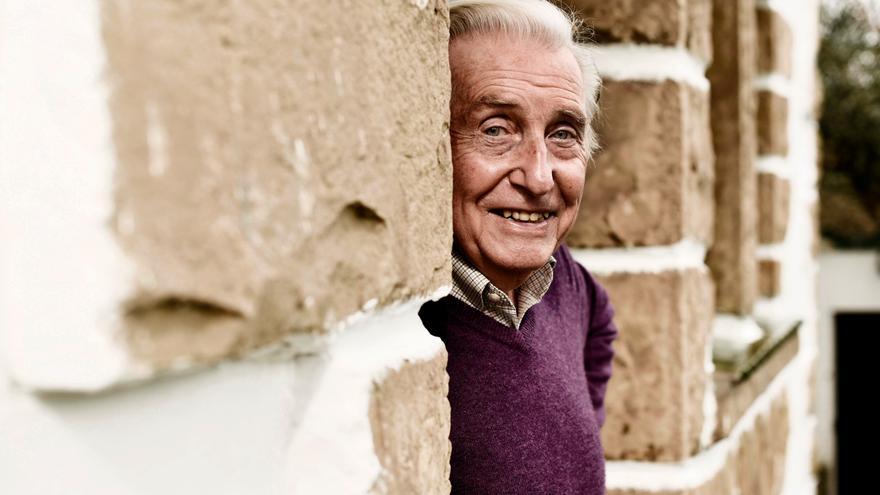 Madrid, Feb 15 (EFE) .- Joaquín Achúcarro has been playing Brahms for more than 60 years. “I have spent more hours with his sonatas than he probably himself,” acknowledges this world-famous musician, who will perform the German’s work again tomorrow Tuesday in a concert at the National Auditorium, always without lowering his guard.

“When there is a muscular activity at a fixed tempo, there must be training, like a soccer player; you have to be in shape, because you never know with the imponderables”, warns this tireless 88-year-old veteran, for whom the score is like a highway already traveled: “You can know its stops, but not if a truck can come out on a curve”.

National Prize of Music and Academic of Honor of the Real Academia de Bellas Artes de San Fernando, Achúcarro (Bilbao, 1932) interrupts his daily rehearsal – he usually practices between four and six hours – to attend Efe on the occasion of the “26 Cycle of Grandes Interpreters “of the Scherzo Foundation, which he will inaugurate this Tuesday in the Symphonic Hall of the National Auditorium.

Cautious, he paraphrases one of his idols, Russian Sergey Rachmaninov, who said “we are slaves to acoustics.” “And that can define how we play, it is not the same to do it in the Auditorium as in the Carneggie Hall, just as the reaction of the public or even the time of the concert influences,” he points out.

The one offered in Madrid will begin at 7.30 pm and will feature two pieces by Johannes Brahms (1833-1897) conceived at two extreme moments in his vital and creative existence.

On the one hand, the “Sonata No. 3 of op. 5” will be heard, which reflects the thoughts of a young composer of only 20 years, devoted to Robert Schumann and “platonically in love” with his wife, Clara, also a pianist and composer.

“It’s a monstrous, huge, great sonata. At that time I wanted to match Beethoven and if I could make it more difficult, the better,” says Achúcarro, who sees in some of his works “a challenge to the performer.” “I have a suspicion that when he wrote this sonata, he thought, ‘I’m going to do something that Liszt can’t play,'” he says sarcastically.

Faced with this energetic and jovial feeling, the man from Bilbao contrasts the recollection and maturity of the second part of the concert, after five Intermezzi, with the “Rhapsody No. 2, op. 79”, when he already knew he was suffering from a fatal disease “and wrote small pieces , but of great depth, with a lot of contained emotion “.

“You have to know the works very thoroughly and what message you want to show, because discovering those things in a musician’s score is part of our work; what has happened to me lately is that by dint of contact with masterpieces It seems that I am getting to know the person, “he says.

He is not prepared, however, to glimpse differences between his current self and the one who recorded his first albums decades ago, with revisions by Albéniz, Granados or Falla.

“I am the only person who cannot answer that. I will only say that the veteran is listening to the young man’s records that he thought were very bad at the time and that now he thinks they were not so bad, which justifies him to continue playing,” he says modestly.

Achúcarro still does not glimpse his retirement, at least not as long as his body allows him to respond to the technique, which he has taught his students at Dallas Methodist University for 30 years, although now it is by Zoom these days because of the pandemic .

“I am not dissatisfied with it, because I see another angle of the sound, of the pianist who is playing”, points out who seems to always find the positive side of every situation: “The resignation about the things that one cannot control”, he concedes, with his permanent affability.

In the field of education, he celebrates, for example, how today “any young musician, at the touch of a button, can have 10, 12 or 20 versions of the greatest”.

Now, the student who completed his training at the Accademia Musicale Chigiana in Siena (along with other greats such as Claudio Abbado, Daniel Barenboim or John Williams) recognizes that “it is not the same to see a postcard of Rome than to walk through its streets”.

In the midst of all this hecatomb of the covid-19, from which it has been kept safe, it also celebrates the fact that Spain has become an “oasis” for its effort to keep music live.

“That is fantastic, because the greats come to Spain because they cannot go to other places, people who had even despised us before,” he underlines with pride and some mischievous derision.