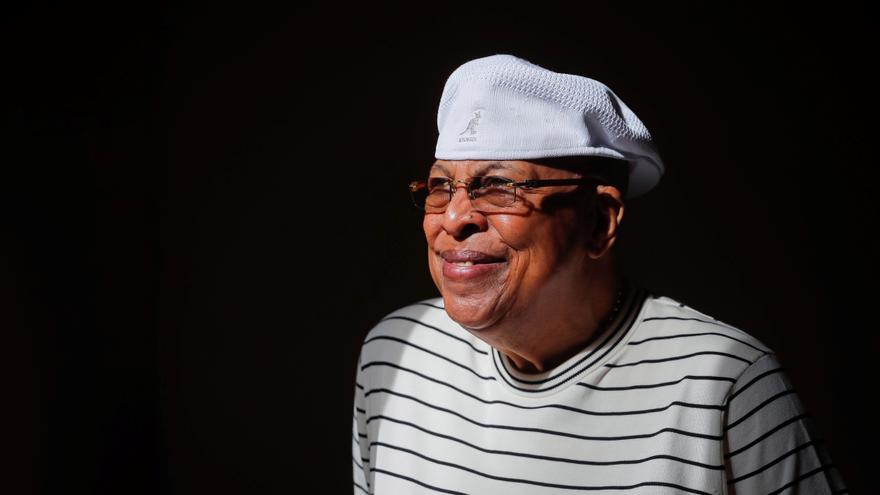 Madrid, Jun 18 (EFE) .- About to turn 80, the Afro-Cuban jazz pianist Chucho Valdés is already thinking of an electroacoustic album for a couple of years from now. But at the moment he is focused on the revival of Jazz Batá, a mythical group that he founded in the seventies and with which he had a pending account, he confesses to Efe.

With this project, and his best songs from his 60-year career, the Cuban will land on June 25 in Seville, at the Singular Fest, to begin a tour of Spain that for now will also take him to San Fernando de Cádiz (8 of July), Parador de Toledo (July 16, only with his piano), Madrid (July 25), Motril, in Granada (July 29) and Castellón (December 11).

Except for the Toledo Piano Solo concert, in the rest he will be accompanied by his traditional quartet made up of Georvis Pico Milian (drums), Reinier Elizarde Ruano (double bass) and Pedro Pablo Rodríguez Mireles (percussion).

With them he has given new impetus to Jazz Batá. “It is a path that I took in the 70s, and from which my band Irakere emerged. It was very novel because we eliminated the drum and replaced it with a series of Afro-Cuban instruments such as the conga or batá drums”, used in music ritual of the Yoruba religion in Cuba, he explains.

With this more Afro-Cuban sound they recorded a single album, “Jazz Batá” (1972) that “really marked a change in the time and in the concept of what was being done with Afro-Cuban jazz and Latin jazz,” he says.

“As time passed I realized that this was a pending account. In 2018 I decided to take it up again, thinking that we could overcome that work”, something that in his opinion has been achieved by the album “Jazz Batá 2”, which won the Latin Grammy at Best Latin Jazz Album 2019 and is considered one of the 50 best Latin albums of the decade by the American magazine ‘Billboard’.

And why is it better now? “First, because of the technology of this time, which is far superior, and then because of evolution and what we have learned to do something deeper and more elaborate,” he says. As for himself, he believes that in these 49 years he has made progress in “concept, structures, timbre, the concept of solos and improvisation”.

But Valdés also looks to the future, because he recognizes that “Jazz Batá 2” has not yet reached where he wants. “I already have the ideas in my head and I think that in a couple of years I will mature them, to make ‘Jazz Batá 3′”. And he anticipates that he would go from acoustic to electronic or electroacoustic.

The Cuban composer and arranger was the second musician in his family, after his father, Bebo Valdés, and they were followed by others such as his late sister Mayra, whom he remembers as the best Latin jazz singer in Cuba, his other sister, Miriam, piano teacher, her nephew “Cucurucho”, an “incredible pianist”, her sons Emilio, percussionist, and “Chuchito”, pianist …

“I believe that this is in the genes because none of us have had the obligation to be musicians, we have all chosen the path naturally, by desire, by inspiration,” he highlights.

He also has an educational aspect in his blood, since his uncle Emilio, Bebo’s brother, was an important educator. “I began to study, in addition to music, the teaching career. My uncle had a lot of influence on me and he wanted to be a teacher as well,” he remarks.

He has finally been able to develop this vocation through a virtual music academy (chuchovaldesacademy.com), which he says is working very well for him. He also develops projects such as the Cuban music station Sirius XM.

Regarding how the pandemic has affected him, although he recognizes that stopping giving live concerts has been “like a bucket of cold water” and that he is left with the bitter feeling and melancholy of friends that he will not see again, he wants to extract what positive of the experience.

“I never had so much time with my family and I never imagined that I could spend a year and a half in my house. I could never have had that opportunity and I don’t think I will ever have it again,” he smiles.