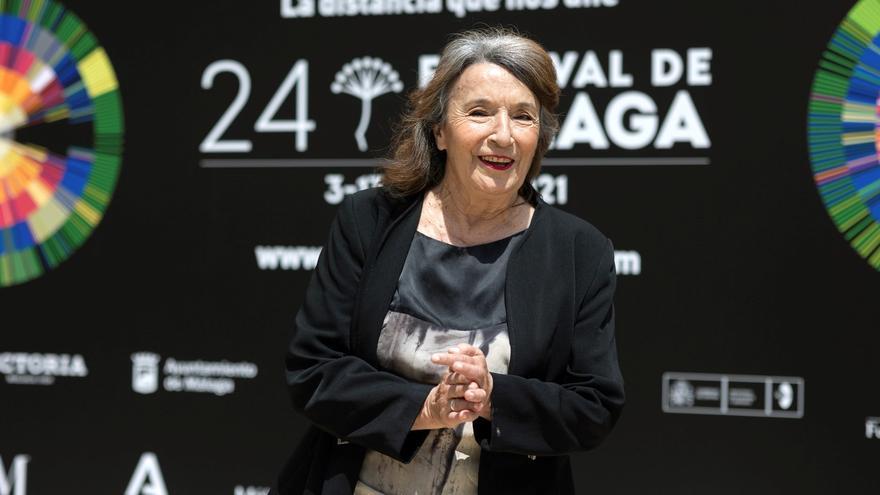 Malaga, Jun 3 (EFE) .- Petra Martínez, who began her acting career with a committed theater that suffered the rigors of Franco's censorship, fondly remembers that time when she and those who accompanied her had "the feeling that with the theater the world could be fixed ".

"We were all hippies, some more politicized and others less, and we only wanted to do theater, the theater that we liked to do," the actress recalled from her time at the Tábano company, which she received this Thursday at the twenty-fourth Malaga Festival the Biznaga Ciudad del Paraíso, with which the contest recognizes the "essentials" of Spanish cinema.

In those final years of the Franco regime, she did not know "anything about politics", despite the fact that her father had been "deported" to Linares, where she was born in 1944, and now she laughs "at the silly things they prohibited", like the play " Castanets 70 ".

"The play was a success. It was put on in August, without air conditioning, and on the second day it was always full, with two daily shows. Nixon was coming and we did a 'sketch' that seemed to be messing with the Americans, something very It seems that the wife of a commander saw it and they prohibited it, "said Petra Martínez at a press conference.

At that moment they began to see "the way out to economic emigration and exile in Europe" and made a tour with a van.

"In those years I knew much more about Spain than I had been able to know in Spain, because my parents did not speak to me about it, and I met many immigrants, most of them from Extremadura and Andalusia."

Regarding the cinema, she defines herself as "a faithful spectator", because there is nothing she would like so much "as going to the cinema from the age of 6".

He confesses that he likes to make movies a lot, but he likes to see it more because it is "like an annex" to his life.

The actress recognizes that television, with works such as her role as Fina in "La que se avecina", has given her "visibility" because this medium has been "a showcase" to do things in the cinema with directors that perhaps "are not they would have known it existed. "

"I was doing a theater for huge minorities and, without doing the Fina, if the directors don't know you, they can't call you," admits Petra Martínez, who, accustomed to the way of working in the theater, asserts that she was "bored" doing cinema until he assimilated that this "has nothing to do with the speed of theater or television."

Also on television he participated in "Sesame Street", a "delicious" work that he remembers for the great improvisation that there was, since the scripts were written "with a breadth with which things could be added".

"It only had one defect, that at that time eight or nine million people watched television and the children, that I love them very much, I began to feel that I hated them because they were very heavy. Now they ask you for a photo with your mobile, but then I ended up not being able to sign any more autographs. It was such a big exhibition that it exhausted me a lot, "he confessed.

In August, "La vida era eso", by David Martín de los Santos, will be released, a film that he believes will "mark" his life.

"I received the script and I loved it, but there were two or three scenes in which I had denial to do it. I have gone through such extremely wonderful situations that have helped me personally, like Petra. I did not want to do it because there was some scene that I did not feel able to do, but it's a movie that I've enjoyed rehearsing, making and watching, and this is very difficult for an actor. "