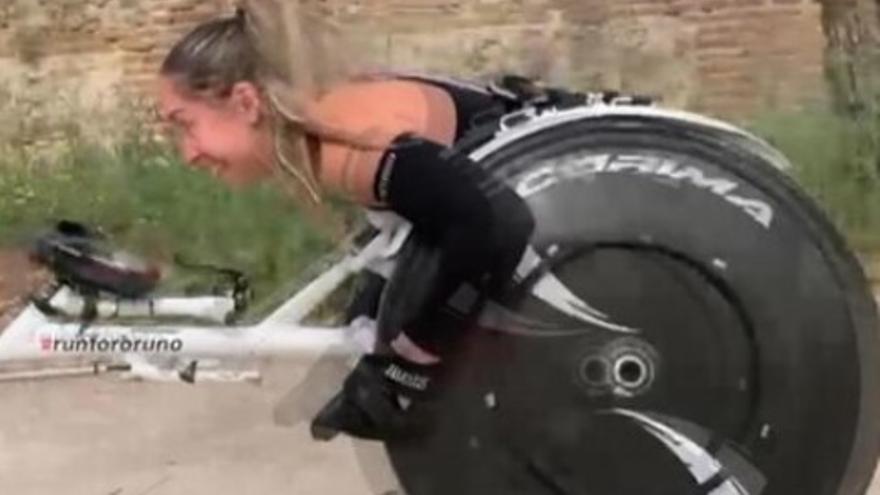 Carmen lived with an abuser who threw her from a height of 3 stories, causing a spinal injury. It was in 2010 and despite being assisted by the emergency department, with police intervention and witnesses, she was not investigated. When she was able to leave the hospital one day where she was recovering from the spinal cord injury, Carmen reported to the police. An investigation of the case was opened, but it was finally dismissed. She overcame the dismissal, she became pregnant with Bruno, but the child was born in a premature birth and without the proper medical attention, which was requested up to 4 times from 112. There are three doctors accused of reckless homicide and awaiting trial. The loss of Bruno was the beginning of the Run for you project, in which Carmen is involved. Solidarity races to give visibility to adapted athletics and provide chairs and materials to promote inclusive sport. .