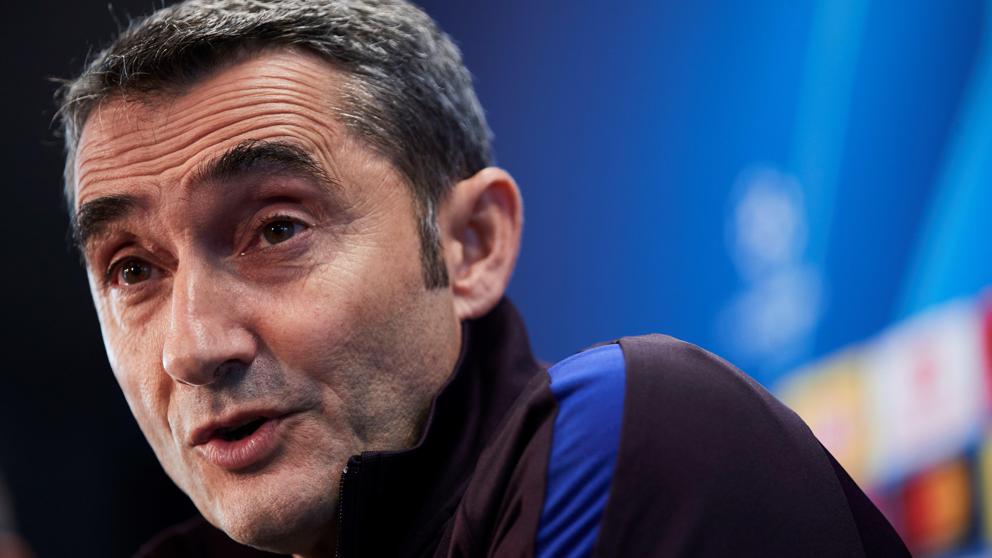 After the defeat against Levante and the draw against Slavia, who woke up some pitos in the Camp Nou towards Barça, President Josep Maria Bartomeu wanted to reassure the coach Barcelona, ​​Ernesto Valverde. Both of them they sat around a table for lunch, in a meeting revealed by the coach himself, who before receiving Celta says he feels “supported and respected” in the club.

“The other day we were eating with the president. The truth is that I feel supported and respected, as always in the club”, Explained Valverde about the meeting. The technician, apparently, is supported. "Are you worried about your future?", They Asked. The Txingurri responded without hesitation with a brief but resounding:Do not" Valverde ends the contract in June 2020 and has a more optional year.

-Do you worry about your future? –The technician was asked.

"No," said Valverde, without hesitation.

Despite this message of patience that the president transmitted, the Barcelona coach does not miss that winning Celta is the best way to go to the stoppage of selections. “What we have is the need for a victory. We come from losing the Levante game in seven minutes and we need to resume the path of getting all three points because we know what it means to lose in this club. We urgently need to win over the situation but also to maintain the leadership, ”he said of the double objective.

In his opinion, the equality of the League has a clear motive: the irregularity of the greats. “The top teams have lost more points than other years. We have lost three games, which are all last year. There lies equality, ”he reasoned, before highlighting his two Leagues won in advance. "But it is normal that the Leagues are tight, not surprisingly, we take as many points to the second to the third as we did the last two years."

We need the victory. We urgently need to win because of the situation and to maintain the leadership ”

Valverde, who after performing a recovery training on Wednesday gave 48 hours of rest to his players, believes that he has had enough time to prepare the duel against the vigueses. “With two trainings we prepared the Slavia because we didn't have more. It's what we do almost all season. There are seven days: if there are two games, two to prepare them and one day off. It happens in other teams because there are no weeks of eight days. Maybe in the Chinese calendar, I don't know, ”he explained.

On Saturday's rival, on whose bench Òscar Garcia Junyent will be released, the Barça coach admits that “of course they are in a difficult and also unexpected situation. They have gotten down but have good players. It is not normal that they carry so few goals with Aspas, Mina, Rafinha Denis, Brais and Lobotka. I think they will get out of there, ”he predicted.

"Of course, if Luis Suárez cannot play with us, he will not be able to play with the national team"


Finally, Valverde considers that the games that Jordi Alba is going to lose due to an injury with “matches for Junior” and announced that if Luis Suárez is not available against Celta, he will not go to the friendlies of Uruguay either. “What will be good is that you play with us. I can't worry about the rest. Of course, if he can't play with us, he won't be able to play with the national team. ”

Valencia CF: Parejo: “We have done great things when nobody gave a hard one for us”