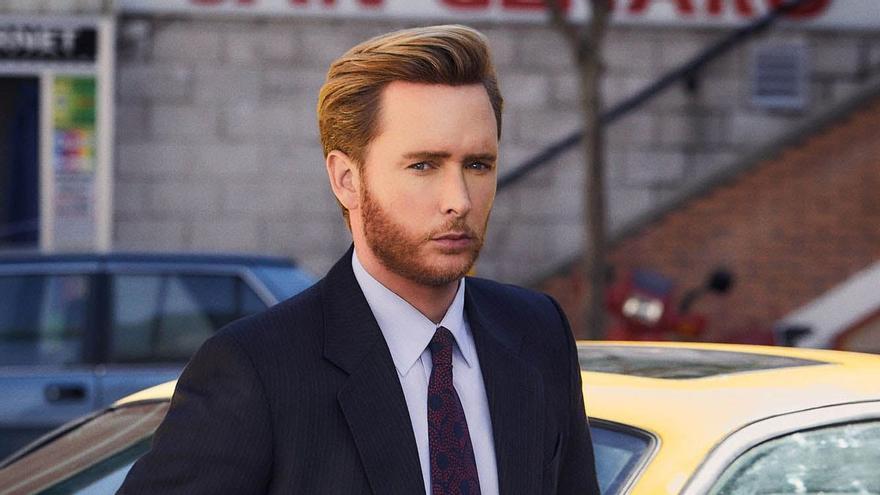 Even though Paul Rivero (Madrid, 1980) is one of those actors irremediably linked to 'Tell me how it happened', the son of the Alcántara is diversifying his occupations in real life. After shining in Amazon Prime's 'Celebrity bake off' baking contest, he is about to publish his fourth novel. And everything, while the 22nd season of a series continues to film in which he has run in front of the grays, has lived through 23-F, has suffered a pandemic and now covers the scandals of the Government of Felipe González from his office in Moncloa as General Director of Informative Relations.

His character, Toni, is still focused on work... And immersed in a love triangle between Marta, his boss, and Deborah, his ex-wife.

He is focused on his professional life, which was the trigger for his marriage not to work. But he is always surrounded by women. This season is a little different, because Toni is going to look for relaxation from all the tension and excess of responsibility that he has in sex. And not only with Marta or Deborah, but his escape route is to go to the bar and find a new date.

Anna Allen, the actress who plays Marta, says that her character doesn't throw Toni off, he's already off enough on his own.

It is that the character of Marta is very powerful. Toni believes that she has everything under control and Marta represents that side B of the Moncloa in which things are done in parallel, outside the official, and she is the one who translates those movements to Toni. In classic cinema she would be the spy, a mysterious woman who doesn't know where she gets her sources from and who is always putting Toni in check.

How Toni manages the press washing the image of the Government!

One of the basic rules of journalism at the political level is that when a big scandal occurs, the best way to take the focus off of it is to take something else out. It's cool that you can see all this from the hand of Toni. In the end he has become a bit of a shell man.

You speak knowingly, because you studied journalism.

Two years, and I finished Audiovisual Communication. Curiously, the part that I did not like about journalism was reality, teletypes, politics, and that is what has run into me in the series. What I liked was writing and fiction.

His grandmother in the series already tells him that if the Toni from the beginning, the one who ran in front of the grays, saw the one from now on, he would not recognize him.

His defense is that he works for the government. But he himself is not proud of having to cover up many scandals and things that he knows are not right.

"If my book had been signed by someone else, I would have had less prejudice"

He left the series for a while and then came back. Is Toni Alcántara's shadow very long?

I think the character could even have a 'spin-off', because he has a lot to say. Luckily it is the one that tells the time, because it is always connected with the most important political events. I don't think he's a recurring character. For example, the conflicts that he is having this season he has never had before: acting as a boss, often being a despot, working from a very dark side...

He is carving out a parallel career as a black novel writer. He is about to publish the fourth book of his.

In April. It's called The Baby. It is another dark 'thriller', which revolves around the disappearance of the most famous boy in Spain, who has a million followers on Instagram. A lieutenant of the Civil Guard has to take charge of the case. She is a woman who keeps her children away from social networks and meets the mother of the victim who is the opposite, an "influencer" who lives to have followers, like her son. What I am trying to do is put two types of motherhood face to face, to face exposure on social networks, which I think is an issue that many parents are concerned about and that can be interesting to consider the dangers that it entails.

What kind of father are you? More controller with networks or permissive?

My son is still young, but my choice has been not to expose him. I try not to get used to it, and to use the screens with droppers. So I'm on the strict side in that field. Many times social networks are an abyss and launching them from such a young age seems a bit risky to me, because we still don't know how they are going to affect them in the long term.

His obsession with 'thriller' comes from a young age, and he used to imitate Agent Cooper from 'Twin Peaks' with his tape recorder.

I have always liked movies and black novels, terror... and psychology. When terrible events happen, I like to delve into what's behind it, what drives people to commit those crimes. The noir novel allows you to talk, through the genre, about important things that, perhaps, if it were a psychology book, no one would read.

Have you felt judged as a writer for also being an actor?

When I present the books, the signings, when people write to me, I do feel enthusiastic. I also tell you that I know that in certain circles, if this book had been signed by someone else, there would probably have been less prejudice. The problem with my novels is that Cuéntame's audience is very different from the one that reads my books. The good thing is that sometimes the audience reads them and gets a surprise. The feat is to make the public that reads terror think that I can give it to them. And I can give it to you in spades!

Act, write and 'Celebrity bake off' was very good at cakes. What's wrong with you?

Technology and sports. But I do swim, because I had a hernia and I started teaching from scratch.