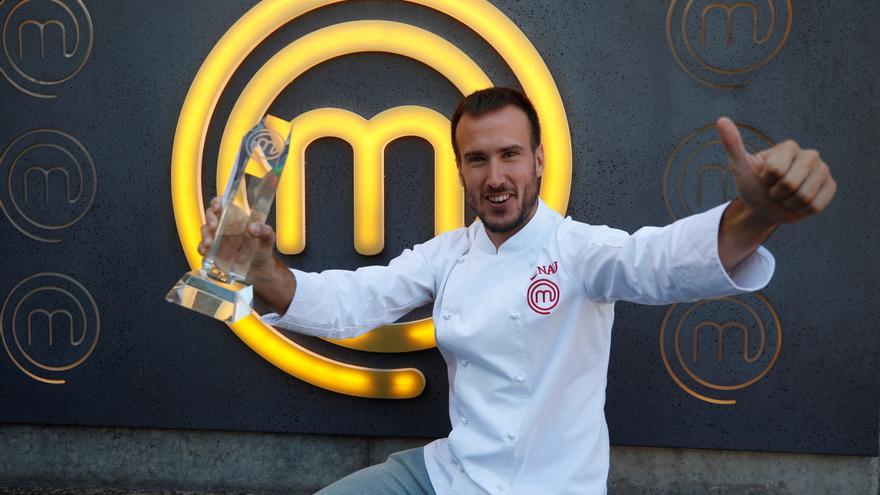 Madrid, Mar 14 (EFE) .- Thirteen weeks dressed with many black aprons and their corresponding passage through the pit have culminated for Arnau with the title of “MasterChef” winner. This 32-year-old from Barcelona, ​​a firm defender of organic and local products, says that he does not like being forbidden to eat anything, but he is committed to responsible consumption.

“I prefer to eat a steak that costs me 9 bucks instead of four to two euros, or eat less kid but it is local. We have to go to a more responsible, more sustainable consumption; we complain about the lack of quality but we want to buy cheap. But I really don’t like being forbidden to eat something and I’m not in favor of banning anyone, “he says in a telephone interview with Efe.

This attitude towards food was shown in the Origin menu with which this morning he conquered not only the jury of the La 1 contest but also the demanding David Muñoz, with three Michelin stars in DiverXO (Madrid) and, precisely, the chef he most admires. : “coca de recapte” with pepper cream, roasted aubergine and horseback; Carabinero with chili crab sauce, pigeon and coriander air, and Catalan cream with carquiñolis crumble and muscatel ice cream.

He argued it in the need to return to respect for the land and producers, to reconnect the diner with the origin of what he eats.

“We don’t give a damn about what we eat and we don’t want to cook. I have friends who buy tomatoes on Amazon and it scares me, because that’s totally losing respect for the product and if you don’t care what you cook with, the result will be a disaster” , the Mint.

He prefers to bet on “sustainable and seasonal” ingredients, as shown in El Molí La Vansa (Lleida), an event space where during the summer dinners based on the Slow Food gastronomic movement are given, which champions sustainability and the product indigenous.

“We are producers of certified organic extra virgin olive oil and I know what it costs to produce a bottle. I want diners to see it,” says who foresees that the future of haute cuisine involves “having a positive impact on society.” through ingredients that “will not hide so much behind techniques”.

After publishing his cookbook and training in cooking at the Basque Culinary Center in San Sebastián – two of the “MasterChef” awards, in addition to 100,000 euros – this salesperson, who was previously a plumber and worked in the financial sector, is clear that he will fulfill his dream to dedicate himself to the kitchen, although not so much if he will open his own restaurant.

“The hospitality industry has changed a lot with the pandemic and the restaurant has to do with it, but I feel comfortable working in events, catering, training or doing show cooking,” he clarifies.

With his grandmothers as culinary references, in favor of making “very sincere cuisine, based on product and with the ‘punch’ of the avant-garde” but without losing sight of tradition, Arnau recognizes that part of his victory is due to passing the tests elimination of the pit, which have made him “strong in the kitchen and in the lead” and allowed him to reach the final “with tempered nerves”.

Temperance and a very convincing dialectic when it comes to ‘selling’ his dishes to the jury -which generated many jokes during the contest- have been key in the success of this Catalan who, during the thirteen weeks in which he has shared a house with him The rest of the applicants have dedicated their free time to cooking, studying and doing sports and “a lot of meditation to be well of coconut, because ‘MasterChef’ demands a lot physically and mentally”.

For this reason, he is prepared for what awaits him and he is not afraid of the fame that a program that has closed its ninth edition can give it with an average of 15.1 percent of screen share. “Managing a joy is much better, a new project, a new life, turning to what I want … It doesn’t scare me, we’re going to have trouble!”

He will carry a contest behind him in which he suffered hard moments – “in program 5, when María left, I was sunk, but Pepe (Rodríguez) and Jordi (Cruz) encouraged me to get the desire and I took it out, it was a point of inflection”.

He was not a winner until the final duel, where he competed with his countrywoman Meri: “I have never seen myself a winner, in every pit I thought I was going home”, confesses who recognizes that, as in life, he designed for “MasterChef” a strategy whose maxim was “go for it”.

He fulfilled his promise that, if he reached the final, cut the braid he had worn since he was selected as a candidate among 70,000 candidates – “he stayed on the set, it was said that he would donate for hair, although it is very little,” he says – and he plans to celebrate his triumph with his partner, his family and his friends, whom he has kept “since kindergarten”.

“If Jordi gives me a group discount, we will go to the ABaC – he jokes – although I am more about gathering people and having some beers and tapas than fireworks.”