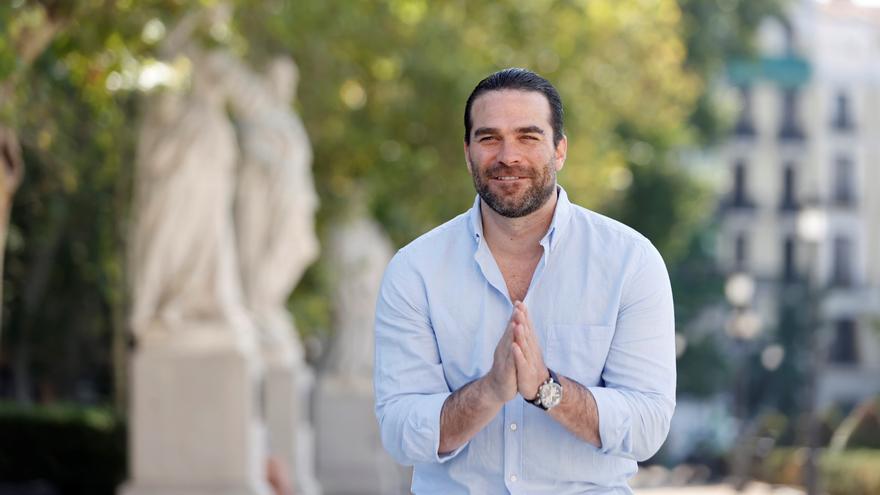 Madrid, Jul 28 (EFE) .- Venezuelan Alejandro Nones is full of projects after the success of “Who Killed Sara”, the Netflix series that has made him known internationally and has opened new doors to a job that does for “love” and “dedication”.

“I do not do this for the money or the magazines, the followers or the women … I do it because it moves my soul to tell stories and everything else has to be a consequence,” says Alejandro Nones (Caracas, 1982) in an interview with Efe in which he defines himself as a “passionate”, “dedicated heart” and “intense” type.

The actor is at his best professional moment, where he can see success in all aspects: his waits at the airport, the followers, the job options or the types of casting they call him: “The producers and directors who never they called, now yes. ”

Nones, who started as a musician and later continued as a model until launching his acting career, recognizes that “Who Killed Sara” has opened the doors of the most international market for him, something that he did not expect but that he knew was an “important project” for his career and his future.

The success of the Mexican series where he gives life to Rodolfo has been the first Netflix original project on which he has worked. “I am such a fan of series not made in English that I admire it. Feeling that this has had a great impact blows my mind,” he says happily.

He does not know if this success is a recognition of his professional career, but it is an “achievement” of his entire career. “It is a reflection of many years and those that are missing with the expectations, the dreams that I have and what I really want to achieve,” he says.

Thanks to his role in the series, he has doubled his followers on Instagram and is close to one million, a figure for which he is not governed but which he appreciates and values: “The followers I have are organic. I have not done any strategy. Hopefully it will help me to achieve best characters, stories and projects “.

His dedication to work is his entire life, he assures himself. He says that on numerous occasions, both journalists and his closest environment ask him if he is not sacrificing the personal part, love or finding a family for work.

“It is true and I would love to, but I could not be a full guy if I do not achieve what I feel I can achieve as an actor. If on the way someone gets on my boat, great, but I am not going to sacrifice at this moment the dreams so big that I have “, thinks.

Since his childhood he has seen a lot of Spanish cinema like “Carne tremula” (Pedro Almodóvar) or “Lovers of the polar circle” (Julio Medem) and now he assures that there are many possibilities of returning to Spain: “there are little things in the air”, he leaves fall out.

“I would like to make a good series or film, an endearing character and I think that in Spain there are many stories where the characters have incredible depth,” says the actor, who feels a “special connection” with cinema but also believes that ” they are doing incredible series “so choosing one is closing the other.

And it also has so many offers that it is difficult for you to choose. “Now is a difficult time in my life because there are many options and offers and my decisions have to be the right ones … really where I put my life,” he says.

The last thing that has finished is the series “Malverde: the patron saint”, a “very beautiful and interesting” project that will be followed in October by the third season of “Who Killed Sara” and another project in December. In the gaps, you will develop other ideas.

His professional career highlights the commitment, passion and dedication he puts into it. “What I have learned is that the only important thing is your commitment to the character. If you surrender to that, there is no way it will not go well for you (…) I give so much of my life to this that the only thing I want to continue, “he adds.