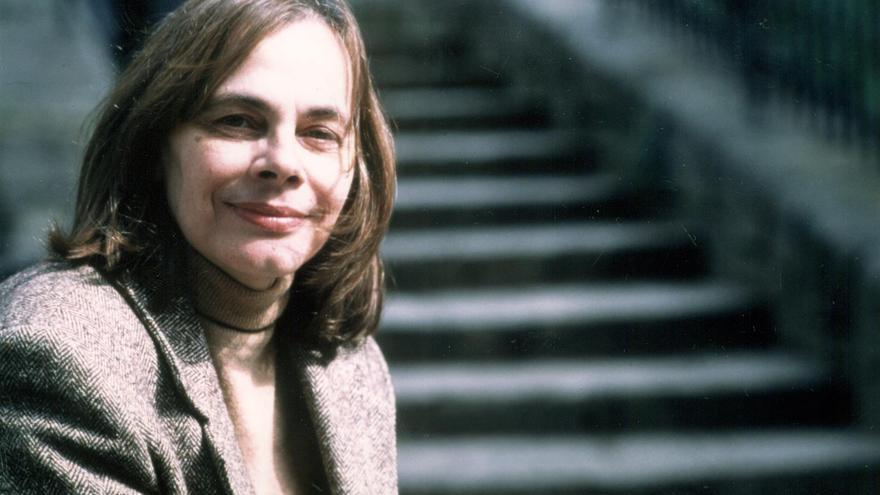 With a broken voice, twelve hours after receiving the Cervantes Prize, Cristina Peri Rossi answers press calls from her home in Barcelona. Bronchospasm and heart failure force him to breathe in between sentences. “The doctor left through the door and Cervantes entered,” she tells journalists who are interested in her health and congratulate her in advance: this Friday, November 12, she is 80 years old. “I was very moved by the call from Minister Miquel Iceta, really, I never saw 125,000 euros together,” she jokes tiredly.

The Uruguayan author considers Cervantes as “a bridge between my two loves, which are Spain and Uruguay.” The most important award of the letters in Spanish usually alternates between the two sides of the Atlantic. This year he was playing in Latin America, but Cristina Peri Rossi is a double winner.

In 1975 he obtained Spanish nationality after fleeing the Uruguayan military dictatorship at the age of 31 and the Franco regime denied him a passport in exile. “I see it as a recognition to the writers who have tried to establish a fraternal relationship between countries and mutual enrichment,” he reasons.

Deep down, she considers herself an agnostic of borders and of any label, in general. She has always refused to refer to herself as lesbian or bisexual, although her work has made her a homoerotic and feminist reference. “I have never claimed that a single idea explained the diversity of the world,” he writes in his poem Modesty.

“I know that I am a very subversive writer, very rebellious and that I do not shut up what I think. I sought to change the world to restore justice and equality. I have been controversial,” he admits. The enormous gratitude does not hide her surprise at having been chosen by the Ministry of Culture: “I’m not in any circuit, I don’t have a literary clique, I don’t have plugs,” she explains.

I know that I am a very subversive writer, very rebellious and that I do not keep quiet about what I think. That’s why the Cervantes has been a surprise

He does not know if the progressive ideology has had anything to do with it, but he does know that this “would not have happened with a right-wing government.” “I have received it as a gift from the gods,” he adds, “but I do not want to enter the circuit of the great prizes.”

He remembers an anecdote “from when there were still pesetas”, in 1992. The publishing house Plaza y Janés (Penguin Random House) offered him a prize of two million pesetas on the condition of including some changes in the book he was writing, Dostoevsky’s Last Night, to make it more commercial. “I consider myself a very honest person. I am proud that I did not sell myself for a few million. I wish there were more good writers like that,” she reflects. The writer of Crazy people’s nave has preferred the independent circuit to the big labels so as not to make this type of concessions. That is why most of his work is published on the modest menoscuarto label.

“I have paid the price of being in small publishing houses, publishing houses that love what I write and that appreciate what I do”, he values, although his work “has more repercussion than is believed in Spain”. He claims as an example the last contract he signed to translate several books into Chinese and The insubmissive, his latest biography published in 2020, which “is studied in all universities in the United States.” In 2022, the Visor publishing house will publish an edition with his complete poetry: it will include Evohé: erotic peomas, which was a scandal in 1971, and “a very special book that doesn’t even appear in anthologies: The haunting muses“, the person in charge of this edition confessed to us.

I consider myself a very honest person. I am proud that I did not sell myself to any prize for a few million

Feminist, but not competing

Cristina Peri Rossi is considered a master of short prose, the genre in which she was released and to which her first books belong. He debuted in 1963 with Living, a collection of stories. In 1969 he wrote his first novel, The book of my cousins, which established her as one of the most important voices of her generation and the only woman included in the boom Latin American.

On being the sixth woman in 45 years to win the Cervantes Prize, Peri Rossi reflects: “It is not a championship and, although I am a feminist, it does not mean that there have to be fifteen good poets and fifteen good ones: goodness and quality do not they have nothing to do with the number. Although surely there are few, I don’t know if there are many who were left without winning it. ”

“Being a woman cannot be an obstacle, but neither can it be a championship, and perhaps one or two were left out having deserved it, but there are not so many either because writing was not before a recognized activity for women who had to take care of the house, children and accompany the husband, “she indicates. As an example, he mentions Clarice Lispector, the Brazilian author who is known in Spain, in part, at the insistence of Peri Rossi herself. “I hope they have given me the Cervantes Prize because I am a good writer who happens to be a woman,” she says.

It is not a championship of women against men and, although I am a feminist, goodness and quality have nothing to do with the number

Elena Poniatowska, who also won the Cervantes in 2013, said that reading Cristina Peri Rossi made her want to make love. “Elena is a very sensitive and very intelligent woman, and when she said it I was surprised. But it also makes me want to make love when I read some of my poems,” she laughs. “If people made more love in a pleasant and tender way, and not as an aggressive or possessive act, we would do much better,” he argues.

She considers herself a woman of humble ambitions: “My books are not going to change society, but if they change just one person, it’s worth me.” Unfortunately, he assumes that literature does not arouse the same passions. “Let’s recognize that the reason why people go out to burn containers is because of football matches. Literature is somewhat less. A match is followed by millions of people, while a subtle book can reach a circulation of 3000 copies. With this we must realize that people are more into the crude and primitive than the refined, “he concluded.

But it is enough for her to sit down and chat in Plaça Catalunya with a stranger who wants to tell her what he felt reading his books: “I like that individual therapy.”