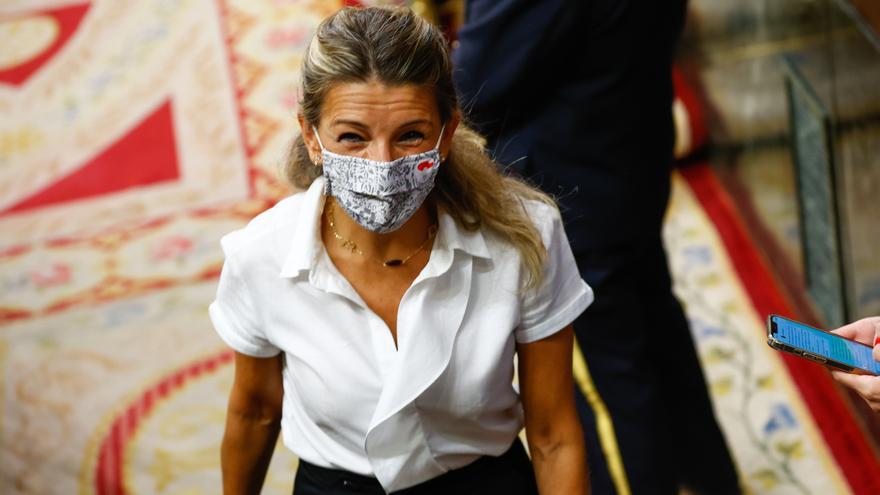 The Vice President of the Government and Minister of Labor, Yolanda Díaz, continues to outline her political future. “I do not want to be to the left of the PSOE, I give the PSOE that little corner. That is something very small and very marginal. I believe that the policies that I deploy are very transversal, “he pointed out in an interview in La Cafetera, in which he also stressed that the project he is working on” goes much further than the parties. ” “The parties are a very small thing in our country and they are an obstacle in the Spanish citizenship, they are perceived like that”, he highlighted.

In addition, he has revealed that once the negotiations for the labor reform, which should be ready on the last day of the year, are completed, his political project will start moving. After Christmas, a “listening process with citizens will begin.” “When I listen a lot, then I will think about what we will have to do collectively,” he stressed. His goal is to get ideas from those conversations to “imagine” the future of the country during the next ten years.

The Minister of Labor has also valued the unemployment data that have been known this Thursday. “It is true that we are facing incredible data after the greatest economic crisis that our country has experienced,” said the leader of United We Can in an interview in La Cafetera, after it was done public that unemployment has fallen by 74,381 people in November up to prepandemic levels. Although he has valued the figures positively, he recalled that there are still 3 million one hundred thousand people still unemployed.

“We have less unemployment now than when I arrived at the Ministry of Labor. We have 16,000 fewer young people unemployed than when I arrived at the Ministry ”, said Díaz, who has also valued the data on female unemployment in a positive way. For the vice president, these figures are the result of the policies deployed by her department. He also highlighted that the improvement of permanent contracts is due to the artificial intelligence deployed by the labor inspectorate. In November, he pointed out that he had obtained “one of the highest figures for permanent contracts: more than 14%”.