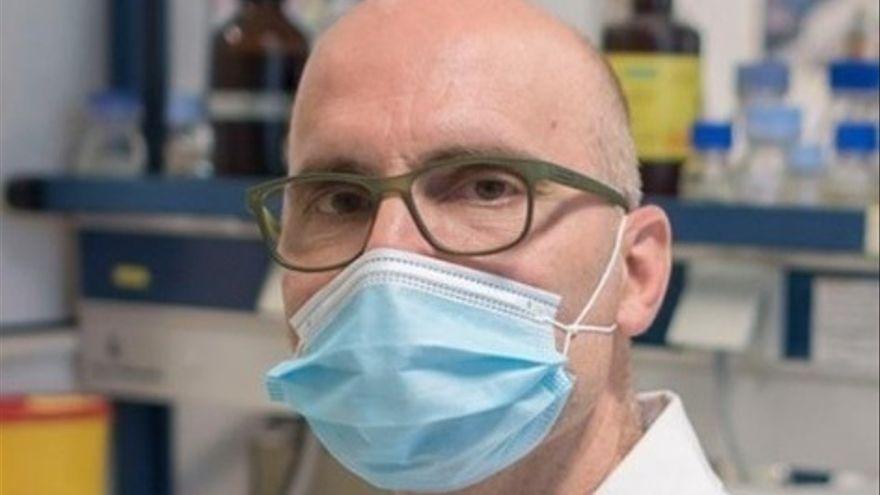 José Antonio López is director of the Neurovirology laboratory of the Autonomous University of Madrid (UAM) and is in front of the NeuroCovid Project, an initiative to study new viricides and antivirals against coronavirus humans. Author of more than a dozen popular science books, this researcher natural Esparragalejo (Badajoz) has also become a common face in television gatherings about the covid-19 pandemic. Responds to the questions of EL PERIÓDICO EXTREMADURA, a newspaper that belongs to this group, Prensa Ibérica, between Spain and the Dominican Republic, where it has participated in the Casa de Campo Global Forum.

Has it happened again? Are we the same as a year ago?

No, far from it. Now Spain, Portugal and perhaps Italy are already in what will surely be the new reality. That is not the old reality, it is different, because we are going to live with a virus that tends to be seasonal: it will surely visit us in autumn-winter, easily overlapping with the flu. In this new reality, when the cold arrives, the cases will increase.

What is the reason for this new rebound? Is the omicron variant a threat to be concerned about?

At the moment it has nothing to do with the omicron variant, it is not so present in Spain as to justify this rebound. It is because the cold arrives. The virus is more stable in low temperature conditions, there is less ultraviolet radiation, we do more social life indoors and in places that are not as well ventilated as it should be and there is still a mattress of people with low immunity, because they have not been vaccinated or because if they have, they have not developed all the protection they should. I do not think that we are facing a new wave like the ones we have already experienced in these months, what is happening in Spain is totally different from what is happening in Europe. The continent is where we were last summer, with the difference that now it is winter there: with only 60% on average vaccinated, a lot of mobility and low temperatures that make the virus circulate more.

“We will have to get used to cases and hospitalizations rising with the cold. It is hard, but we will have to assume a number of deaths, as with the flu”

Will the covid-19 then stay with us like the flu?

The virus will surely become seasonal in autumn-winter and will coincide with flu peaks. We will have to get used to having a rise in cases, greater hospital pressure and unfortunately also deaths. That is to say, we have to make the decision, to assume the new reality, of how many deceased we are willing to live with. It seems that it is very hard, but we have already done it with the flu: every year it kills several hundred thousand people around the world and schools do not close, cities do not close perimeter, they do not require us to wear a mask or we they close access to interiors. The current rebound is due more to this new reality, although increased a bit by the mattress of unvaccinated people and the drop in immunity in some vulnerable sectors of the population.

In this context that you present to us, what measures do you recommend to citizens and politicians in light of the upcoming dates?

I would ask politicians to stop looking at each other out of the corner of their eyes to see who puts the most populist measure and who can carry the most votes. Dedicate yourself to what matters, which is the new reality, try to put measures that can be implemented and not be with groundhog day now I close the perimeter, now I put a 60% capacity, now a curfew at 8:00 p.m. or 8:00 p.m. 22.00. There are many things that can be done to see if we respond downward, such as the covid passport. There is a lot of controversy, but it cannot be said as a president who does not put it because now it does not matter. Of course, there are three or four million young people with mobility who do not want to be vaccinated and who, after all, are still votes. Saying that you can forge … you can also forge a DNI, and that is not why we are exempt from carrying it. Nor does it make sense to say that since most of us are already vaccinated, it is assumed that everyone who goes to a bar is vaccinated. If this were true, we would not have as much circulation of the virus.

Extremadura is one of the few communities that has said no to the covid passport.

With the new cases, the accumulated incidence and the threat of omicron, which although not more virulent may be more contagious, I insist that it should be a measure to consider. The passport covid it does not offend anyone because the majority of the population is vaccinated. And those who are not vaccinated because they do not want to, well they will have to be aware that society has the full right to defend itself against people who can be much more transmitting. Because vaccines do protect against the transmission of the virus. Not one hundred percent because they are not sterilizing, but of course a room with vaccinated people will always be safer than a room with people without vaccinate.

“The covid passport is a good filter, the unvaccinated have to understand that we have the right to defend ourselves from the most transmitters”

What other steps do you think can be taken now?

The covid passport is a filter, but not the only one. Closed premises can be required to have a good ventilation system, natural or artificial, with measurement to control CO2 levels. Also require, for concerts or mass activities, the use of a mask. In cinemas, theater and others it is something that does not bother, but imposing the mask in restaurants and nightclubs … Honestly, does anyone believe that this rule has been met since the pandemic began? Better entry control for the unvaccinated. Another option is cheap antigen tests, if not free, as is the case outside of Spain, that for pennies you have an antigen test. If here we could get the tests in the shopping centers as yogurts are obtained, and I mean it literally because I have done it in Germany, because many people would do it for family gatherings with friends, at home and others. And even if they do not notify it later, it does not matter, because in some way this person is predisposed: he can act as a tracker himself and will surely be inhibited from meeting friends for a while. But at 8 or 10 euros the test, there is no way for people to choose this route and I think that governments should encourage it. Finally, telecommuting. It has worked very well during the pandemic and protects against the spread of the virus, fights against climate change and favors family reconciliation. As for what we can do, be responsible: get vaccinated, try not to meet many people on the same days or who are not vaccinated, stagger Christmas dinner and if non-cohabitants participate, a test.

What do you think of the pediatric vaccine and the third dose?

Before, I was reluctant not because of its safety and efficacy, but because I considered that with the percentage of vaccinated that we have in Spain and the efficacy of the two doses it was enough to try to increase the percentage of vaccinated in the global village. Now, as a result of the new evidence and the increasingly safe and documented clinical trials of Pfizer and Moderna, and discussing it with fellow virologists at the congress in which I have been in the Dominican Republic, I must say that we should not neglect global vaccination But if the vaccines are approved for pediatric use, I have nothing against it. Of course, for this age group I consider that it is still a vaccine designed more to protect the rest of the population than themselves.

Was it a mistake not to vaccinate more in Africa and focus on only Euoropa?

As long as there are countries with 10% or 20% vaccinated, the virus will continue to circulate and generate new variants, as is happening in Africa. There are young people with mobility who reject vaccines because they have other concerns, among them not dying of hunger or access to clean water and other much more dangerous diseases such as malaria. Many say that they get vaccinated so that we protect ourselves in the first world, because it will not be. That should be tried to change by supporting the development of these disadvantaged regions. It is also the case that in the southern cone there is a large percentage of people with HIV and therefore a weakened immune system, and that is a time bomb.

They cross the Atlantic and settle in Vigo pushed by homophobia