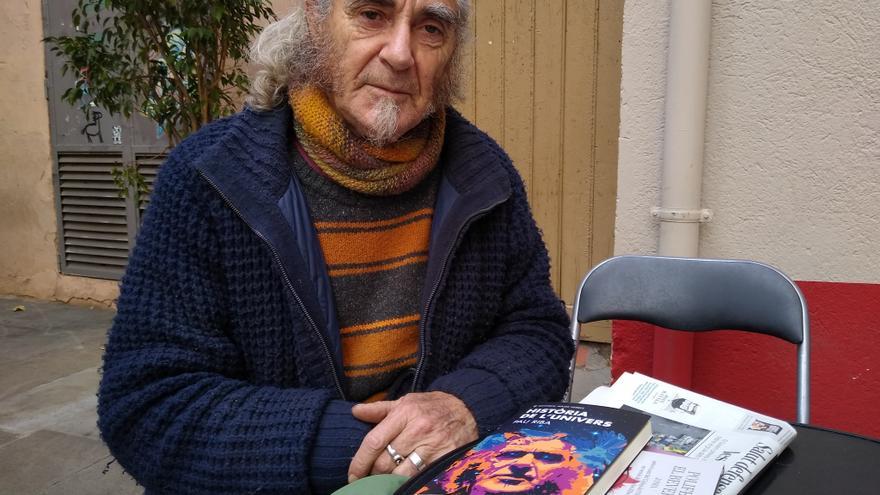 Barcelona, ​​Feb 27 (EFE) .- While the singer Jaume Sisa is “galactic”, Pau Riba assures that he is cosmic. Pioneer of the counterculture, singer, actor and writer, he now reaffirms it with his new book “Història de l’Univers”, a journey from the Big Bang, 13.8 billion years ago, to cyborgs and intelligent machines.

In an interview with Efe, Riba recalls that since the sixties, from those days when he lived in Formentera, he already thought about all these questions, especially, because “I think we identify ourselves in a very partial and very poor way” without highlighting , in his opinion, that “we are part of the Earth and, therefore, of the universe, the solar system or the Milky Way”.

“The cosmos is the maximum perimeter – Riba argues -; I do not see borders, I do not know where it can end, I think it is infinite”.

Published by Males Herbes, in this particular and poetic “Història de l’Univers”, the also lyricist speaks of “Mr. Proton” and “Mr. Electron”, of the stars as “the laying hens of all the other elements of the periodic table “or how the Earth comes to life and becomes” mother. ”

Nor does it ignore the “exciting moment” in which “from the simple and basic living cell, we arose … not without the interposition, it may be said, of a very long evolutionary process that, as always, will last a handful of millennia, and that it is what will take us to the extreme simplicity of unicellular organisms. ”

“The only thing I have done in this book – he continues – is to pull on a string and everything has come out, although I have always intuited that in each step of evolution there must be a cause-and-effect relationship”.

On the other hand, it is not obvious that he has always shown an interest in science, “I don’t know if to compensate for my artistic and poetic streak, but I think the number is exact, while the lyrics are indefinite, interpretive, it gives rise to speculation” .

In these pages, he also alludes to the concept of “nothing” in relation to the Big Bang, because: “what exploded and what made it explode if what there was was nothing at all?”.

Pau Riba believes that there is another key fact in this long journey that causes “us to be human: the act of thinking, which is nothing other than talking to oneself”.

In his opinion, “if one dialogues with oneself, it means that one is already two people, the one we know, the physical person that we are, and the other who is our virtual double, the one who continually tells us what to do and what to do. no”.

He argues that human beings are social by inheritance, “because we come from the ape and the ape is a social, gregarious animal, and with a knowledge that we have stored in DNA, and with another that we have been projecting in books, seeing that one for one, alone, we are not going anywhere, which is the union that makes the force “.

Regarding technological progression, Pau Riba does not doubt that machines are “daughters of the human species and, for the moment, they have this thing that they are absolutely obedient, they do not get tired, they have a series of virtues that have finished us falling in love “.

Cyborg friend Neil Harbisson, an avant-garde artist and activist who resides between New York and Barcelona, ​​maintains that these people with implanted technology, who will be the majority in a few years, may end up opposing the machines “that some are working to end thinking and be brain “.

Although the book does not stop at it, Pau Riba, before ending the interview, does point out that the Earth “is beginning to speak. We are in a stammering time and it has begun to launch an alert, to see if we now we answer something “.

Tags: Borders, cosmos, do not, finish, I see, pau, Riba, you