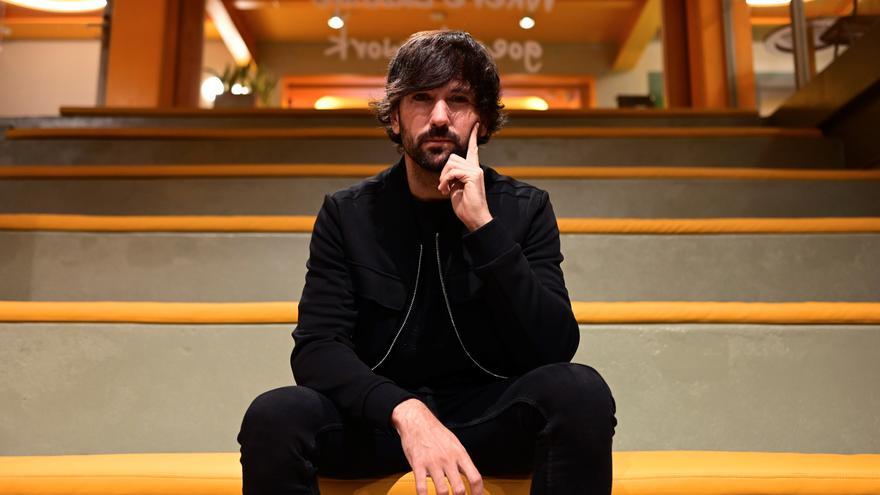 Madrid, Mar 5 (EFE) .- When David Otero was told a few years ago that they did not have him at Sony Music, he had two options: “I could have sunk or what I did, trust my talent and my idea”, recalls after independently releasing his latest album today, becoming the most broadcast artist in Spain in 2020.

“I have a group of friends who declare ourselves the survivors of music, because we don’t know how but we are still here and people continue to listen to us, which is the most important thing,” celebrates this composer, musician and performer from Madrid in one of his best moments after completing 20 years of career.

That anniversary was what led him to the concept of “Otero y yo” (Altafonte), which updates songs from all its stages, either as a member of El Canto del Loco (ECDL) or, alone, from his years as El Pescao and from his latest studio album, “1980” (2018), in which he presented himself with his real name.

The first flash of this project was the new version in 2019 with Willy Bárcenas of “A black and white photo”, a success that has accumulated 40 million views on Spotify today.

“I saw that collaboration very clearly, because for me, Stool takes the witness of those pop groups of the 2000s that make songs to have fun, as we did”, explains Otero (Madrid, 1980).

With that “hit” in his pocket, fate wanted the project to coincide with a time when an important part of listeners locked in their homes by the pandemic sought emotional refuge in happier times, which triggered the listening of the ECDL repertoire.

“It happens to me with Nirvana’s ‘Unplugged’, which takes me back to my trips on the school bus when I was on a field trip. In that sense, although artists sometimes tend to take a lot of prominence, we only put musical color at People’s own stories, “he reflects.

Another reason for the good performance of the different singles that have been released in recent months has also been the name of the guests who accompany him, “all friends” such as Funambulista (“Aire”), or as Cepeda (” Just as you are “) and Ana Guerra (” Peter Pan “), who have allowed him to connect with a younger audience.

In that group of emerging values ​​is Dani Fernández, a former member of Auryn, who opens the album with the song “La noche suena” after entering into a daily relationship, almost one of sponsorship, in which they share “existential doubts and other very daily ones.”

“I identify with many of his things. He also came out of a very typecast pop group. They labeled us as a commercial band. I told him to forget everything, to be himself and to do his songs, trying to be authentic with himself” , bill.

Among the themes that have changed the most through these associations appears “Castillo de arena”, together with Marta Soto. “We have been searching a lot on the piano for some southern air, because when she sings it seems that she throws sea water at you,” he proudly explains.

Carlos Sadness, Bely Basarte, Georgina, Iván Torres (Pasillo Effect) … The album’s guest list is long, but its proud author confesses one more addition that he would have liked to include.

“I recently got to know Pablo López a little more and he seemed an exceptional guy. It’s a shame not to have done it a few months before, because I would have loved to invite him, perhaps with a new song, since I would really enjoy composing with him,” he declares, leaving the proposal in the air.

After traveling alone with his guitar to perform a not inconsiderable score of concerts in a fateful 2020 for live music, Otero is currently planning the “shows” for the coming months, this time in a trio format.

No other plan is clouding his head right now, focused on the “here and now”: “I am always clear about the steps I am going to follow, but this time I am very calm with what the future brings me,” he concludes.