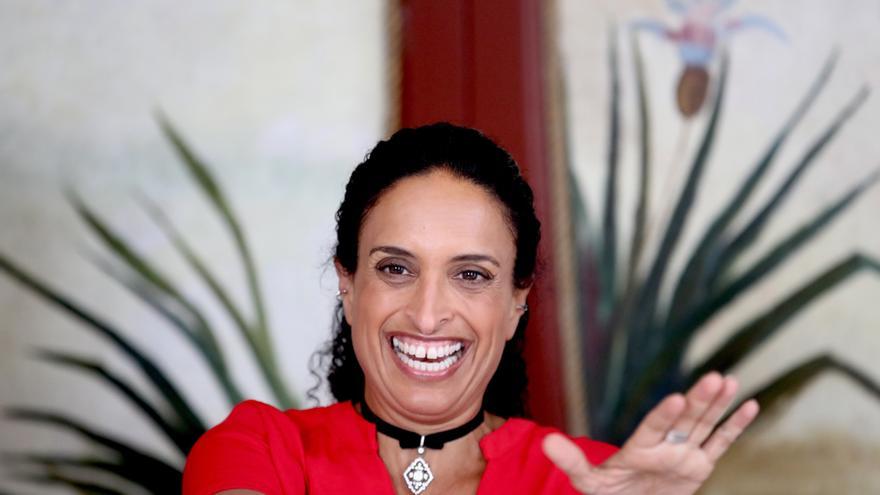 San Sebastián, Jul 24 (EFE) .- Noa has collaborated in her extensive career with dozens of renowned names from around the world, but the Israeli singer is “very demanding” and has said “no” many times to this type of proposal. He assures that he chooses “with great care” those musicians with whom he is going to share the stage.

“It’s like going to bed with someone and you have to know who you want to put to bed. It has to be someone with the qualities and characteristics that make you predict that that relationship that night has signs of going well,” he said. Noa to journalists in San Sebastián, where this Friday he will participate for the first time in its Jazz Festival.

Joan Manuel Serrat and Pasión Vega are among those who have performed with her, as are Steve Wonder and Sting. She admits that those occasional alliances haven’t always worked, but that when they do “it’s great” and feels “renewed, regenerated.”

He stressed that the “level of rapport” he has reached with Gil Dor, his artistic partner for three decades, is what allows them “to give input to collaborators.” The guitarist adds that it is about working with others “to bring out a certain essence, to make something that is true for the public.”

The donostiarra pianist Iñaki Salvador will be the one who will go up with them tonight to the stage of the Plaza de la Trinidad, where last night they listened to another pianist, the Menorcan Marco Mezquida, who was the one who accompanied them in their concert last Thursday in Madrid.

They have arrived in San Sebastián grateful for the “wonderful gray sky” that awaited them after the heat of Madrid, and of Israel, to debut in the emblematic space of the Old Town, of a size that they prefer to the capacity of many thousands of people who are also part of your resume, although to a much lesser extent.

With Iñaki Salvador, the musician who has performed the most times at Jazzaldia, they have exchanged compliments. The pianist, who is playing with them for the second time, has assured that today’s rehearsals at the Victoria Eugenia theater have been “a true ‘masterclass'”.

“It is not rally. They are musicians with very clear ideas that give space to your freedom. It is a perfect situation but also very demanding. They work with the truth, they make everything true, and this has nothing to do with a song have many or few chords “, he pointed out.

The “la Trini” session will play music by Bach, which was part of Noa’s penultimate album and of course her latest album, “Afterallogy”, composed of a dozen jazz classics, including “My Funny Valentine”. one of the “most beautiful of the genre” that for the singer has “a very pertinent message in the 21st century”, since it speaks of “being accepted for who we are”.

“The song comes to say that I love someone not because he is perfect, not because he is the queen of botox, but that we have to accept and love each one of us with our own imperfections, simply as human beings,” he said.

He says that for the choice of those twelve themes among the jazz standards they have been carried away “by intuition.” “The focus is not what I can win, but what I can contribute with this song, that’s my attitude,” he explained.

This 56th edition of the San Sebastian Festival, still marked by the restrictions of the pandemic, but with a greater presence of international names, closes this Sunday. Sílvia Pérez Cruz in the Kursaal auditorium, and Brad Mehldau and the Bill Frisell trio in Trinidad, are some of the attractions of the last day.

Tags: i choose, musicians, not, to collaborate, watch out