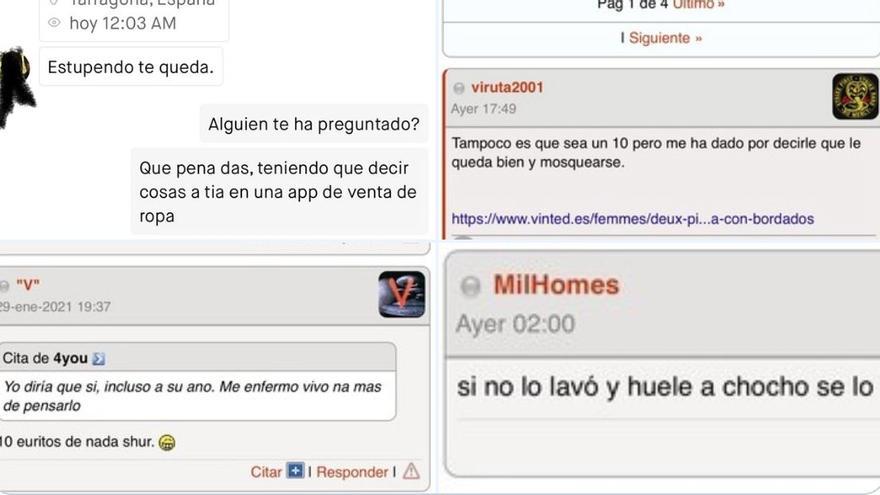 Carmen Matas, a journalist, made a profile in an online clothing sales App, posted some photos trying on the clothes, and began to receive comments from men giving their opinion about her body: “It looks great on you,” said a user in relation to a bikini. “What a shame it is having to say things to an aunt for a clothing sale app,” Carmen replied. Since then he has dedicated himself to sharing his photos on Forocoches, where he refers to her in sexual terms, and other users have been encouraged to participate in the harassment of the journalist.

“This Saturday morning I woke up with a message from a boy who told me to be careful because they had opened a thread on Forocoches about me. In fact, he contacted me to warn me that my social networks were being shared and that they were going to go to hell after me. As I cannot enter Forocoches, he sent me the screenshots of what was being said, and the subject of the thread was: MELAFO who sells bikinis to in Vinted “.

“I realized that many guys started following me on IG and liking a lot of photos. I removed them from followers and left it. I didn’t want to know more because I was in shock, on Sunday I asked this guy if I could pass captures of what he was talking about, because I didn’t want to sit idly by with things like that. ” He believes that it is a reprehensible behavior but “without legal route”, so he decided to make a public complaint on Twitter so that, at least “people know what we are exposed to for doing something as silly as selling clothes.” She regrets that some comments are aimed at blaming her for exposing herself “in a bikini” on the Internet.

“Now I have seen that the photos are being shared in another forum, which is public, and they are getting much more cruel. They have taken many things out of my professional life, such as the articles I write, the topics I talk about, they call me feminazi “. He has written to the page to have that material removed, but has received no response. Neither of the online clothing sales App, in which it has already reported complaints on numerous occasions.

A space in which the entire editorial staff of eldiario.es is involved to track and denounce the daily machismo and so often normalized, coordinated by Ana Requena. You can write to us [email protected] to tell us about your experiences of everyday machismo.