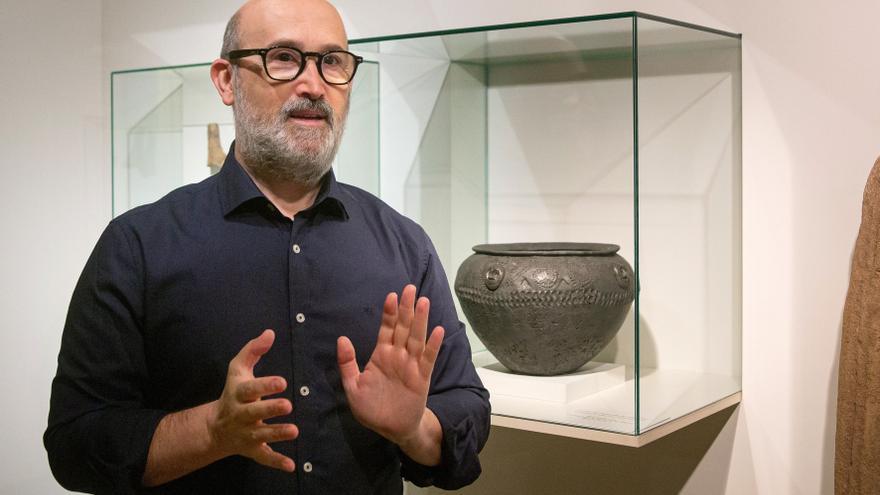 Logroño, Mar 27 (EFE) .- The actor Javier Cámara has assured Efe that he feels “very happy and growing” in his artistic career, in which he does not see that there is “a plateau, where, in the end, there is a slope down “because in this profession, which” is wonderful, one is a better actor the older you get. ”

Javier Cámara (Albelda de Iregua, La Rioja 1967) has made these statements this Saturday in his native land, where he has visited the Museum of La Rioja, in which, within an initiative of the regional government, the actor has selected a piece of one of the historical periods of its permanent collection, with which the Riojan filmmaker Santiago Tabernero has made a small film entitled “Goya’s nightmare.”

“There will be musicians who lose dexterity or dancers who lose elasticity or creatives who lose -in their professional career- but actors, if your head works and you are a little disciplined, you continue to grow a lot,” he said.

Cámara, who has recently been nominated for the Goya Awards 2021 as the best leading actor for the film “Sentimental”, explained that he is in a period of “calm and much promotion”, in this case, of the film “The forgetfulness that We will be “, directed by Fernando Trueba, and which will premiere on May 1 in Colombia, where it was filmed, and on May 7, in Spain, if the circumstances of the covid, have indicated, allow it.

Madrid and Barcelona, ​​he said, will be the cities in which he plans to focus the promotion of this film in the coming months.

“There is a moment – he has specified – in which one is in the period of creation and realization and, later, you spend a lot of months in the period of promotion of films, which you made two years ago and since I love those projects I speak very nice of them “.

The actor has assured that, of all the characters he has played in his artistic career, the one that has touched his soul the most “will be the next one”, which is the one that “will take away his sleep at night.”

In any case, he has said that, for him, it has been a “very special and very vital” character who has starred in “The forgetfulness that we will be”, along with Juan Pablo Urrego, Nicolás Reyes Cano and Patricia Tamayo, and in the that recreates the doctor and human rights activist Héctor Abadl, murdered in Medellín (Colombia).

Cámara has described as “wonderful” the book by Héctor Abad Faciolince, on which this film is based, and who promised him a trip together to La Rioja.

He has lamented “the uncertainty” and “terrible chaos” that “this bug garbage” that is covid-19 is causing all over the world and, especially, the emotional impact that, as he has said, it is having on people.

On his visit to the Museum of La Rioja, he has valued the permanent collection that this cultural space treasures, with an antiquity of 1.7 million years, and the importance of people getting close to books and museums due to the huge offer cultural existing in the country.

However, he said that “education has left aside, at least, the creative part, including Philosophy, theater, music, and there is not even a film subject.”

“It is complicated that, sometimes, I feel represented in education, but the key lies in it”, stressed the actor, who believes that “if they teach you that museums are alive, that cinema is alive and that culture is alive, you will go to drink from the culture “, so she believes that” the public and the children have to have teachers nearby and activities that reward them. ”