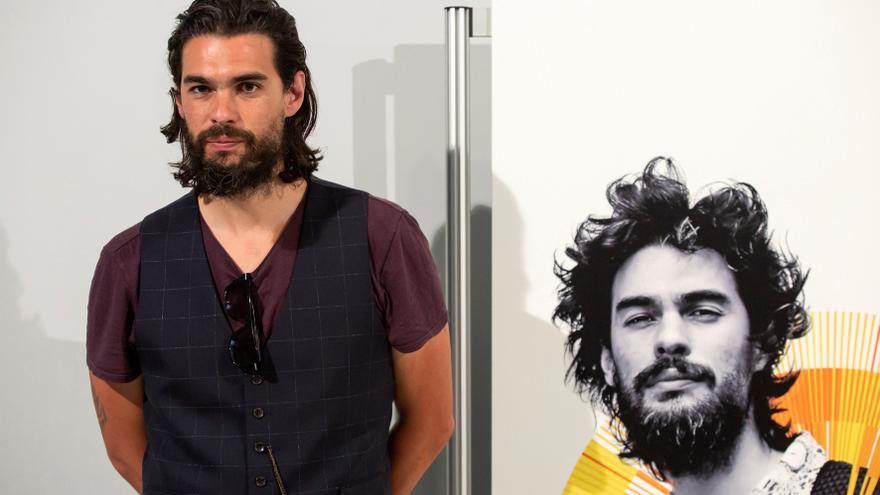 Malaga, Jun 6 (EFE) .- Oliver Laxe believes that his cinema has been slow to be accepted in Spain, but it seems to him that "it's okay" that it has cost him a bit. "I had to earn it," he said, but afterwards he felt that "people have identified" with his work, and "have accepted it as their own."

"I am not an alien, I have the sensitivity of my time; but it has been beautiful," summarized the Galician born in Paris 39 years ago, who is already looking for funding to carry out a new script, a film that he writes slowly and with love of always ("I only make movies when I feel the need", he points out) of which he does not provide many clues.

"Yes there is an imaginary in this new film that I am in that stimulates me a lot, and brings up strong and hypnotic images such as the beginning of" What burns ", the fire," the taxi of 'Mimosas' ... that They scratch me and I like them a lot. "

As if that were not enough, the Galician director has given another piece of news in the meeting with journalists prior to tonight's gala where he will be presented with the Málaga Talent award: he is preparing a television series because he wants to try to connect with that public that he thinks "very different" from the one who sees his movies. "I am seeing how I can take them to my field."

If this filmmaker is clear about something, it is that he loves his viewers; He loves them and takes care of them and, for this reason, through a delicate baker metaphor, he has explained how he wants to feed his audience:

"We know that the bread we buy in supermarkets is not good for our health, we know that they are made with transgenic flours that are bad, and many of us who work in the film industry do not buy that bread, nor do we produce it, because we know that is bad, that hooks, that generates zombies, degraded people "

"Why can't we make good bread, with wheat, with rye, with spelled, which is actually hard at first for the viewer, accustomed to sweetened wheat?" Laxe asks himself, convinced that committed filmmakers, like him , "We know that this bread is good for him and with time he will end up getting used to it and wanting that healthier bread".

And, as he resists "speaking badly" of the "main stream" cinema, he uses another image to explain what he is looking for: "It is not so much about surprising the viewer as about discovering the trilero because in the end - he assures - what we see is that there is no ball, it is all pyrotechnics. It is more to make the viewer connect with his essence. As an author, that is what I have tried to return home ".

The director of the Malaga festival, Juan Antonio Vigar, has presented him as a filmmaker with an "inquiring and committed look", who since his last (and multi-award-winning) film, "O que arde", (2019) took refuge in his land of Los Ancares to found a cultural project and back to the roots.

"It is a cultural center, and a mountain film club, with workshops and round tables, conferences, but first of all it is a house that wants to be linked to its surroundings, therefore we are experimenting with the lands, taking care of them, making them profitable and we have goats. It sounds very philanthropic but it is that in the villages it is always shared and the one who arrives always has a cup of broth ".

"It's time to go wrong, retrace, unlearn and do things at a different pace," he smiles, still recovering from a macular problem in one of his eyes.

Some occupations that Laxe assures that he is pending of everything except being a filmmaker, he laughs when he is reminded that he is and that he receives the award for that.

And he does it, he says, "grateful and honored", it is "a reward that motivates (...) it is very nice to see how after climbing those peaks to see that I am welcomed and cared for up above, I am sorry -he affirms-, It seems sincere to me and I celebrate it. "

Laxe won the FIPRESCI at the Cannes festival with his first film, "You are all captains" (2010), a film that reflects his experiences with a film workshop with underprivileged children in Tangier (Morocco); a recognition that the filmmaker feels as "the most celebratory" of his career, because he thought that from then on he would "open the way".

It was not like that in Spain, but it did continue to grow in France; his second feature, "Mimosas" (2016), won the Critics' Grand Prize at Cannes.

Laxe looks at these films as "those of someone very unconscious, I really see a child who does not calculate, and that is when he is already in the middle of the quilombo he thinks who is sending him to get into these". But he knows that his films are therefore "different" and "special".

"There is something there, a black area, of unconsciousness, that makes me jump into the abyss", an exercise that his followers hope he will practice again soon.