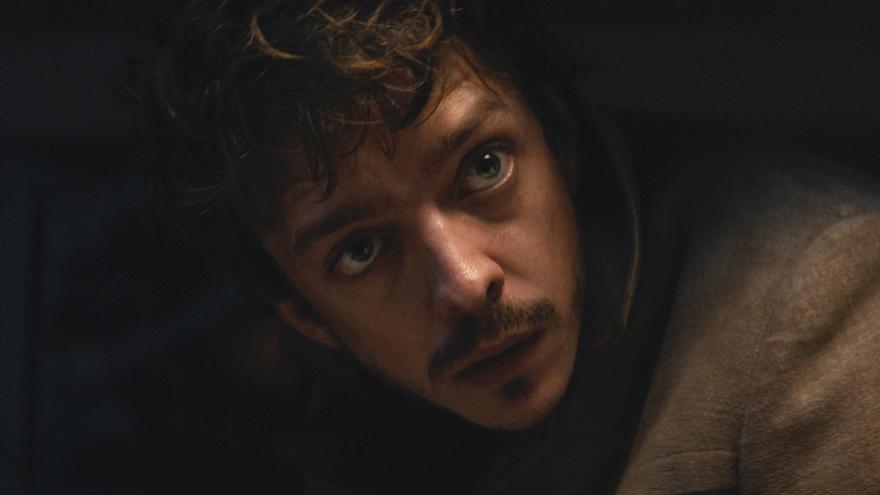 Madrid, Jan 20 (EFE) .- He is Argentine but Nahuel Pérez Biscayart (Buenos Aires, 1986) is able to speak German with a Lithuanian accent, French as if it were Spanish or an invented language as he does in “The Professor of Persian”, a Historical drama set in Nazi-occupied France that opens next Friday in theaters in Spain.

“I don’t think about whether I speak a language or not, I go and do it,” says this nomadic and humanist actor in an interview with Efe, who found in the institute’s theater group a space for “connection with the other” that he has defined his way of working until today. “I cannot act in any project and with any person, I am not an acting official,” he assures.

Seasoned in European cinema, his consecration came to him with “120 beats per minute” (2017) by Robin Campillo, in which he played a young man with HIV in the early 90’s. Now he is in Barcelona to shoot, along with Noemi Merlant (“Portrait of a woman on fire”), the next film by Isaki Lacuesta, about the attack on the Bataclán theater in Paris.

The script is an adaptation of the short novel written by Ramón González, a Spanish survivor of the attack, and focuses on the year after the tragedy, “on how to reconnect with life after this traumatic event”, describes the actor. “It is also a story of love as a point of union, liberation and overcoming of fears”.

Speaking of his latest projects, the Argentine realizes that all his characters are survivors. “In a certain way, acting itself is surviving, it is jumping into a void and betting on something that one does not know how it is going to stop”, he reflects and quickly clarifies, “we are talking about creative and chosen survivals”.

In “The Persian Teacher”, (“Persian Lessons”) directed by Vadim Perelman, Pérez Biscayart puts himself in the shoes of a Jew arrested by SS soldiers who manages to avoid execution by posing as Persian, a language he wishes to learn a concentration camp officer.

The film was shot at the end of 2018 in Babruysk (Belarus), in an abandoned industrial space where the concentration camp was rebuilt. “In the middle of filming we found out that this place had been a detention camp in Stalin’s time, imagine the burden,” he stresses.

Although the story is based on a story written by Wolfgang Kohlhaase, Pérez Biscayart says that when he was researching for the role he found similar cases of people who managed to survive by pretending other accents.

In principle it is not the type of film that he would choose, with a classic script occupying the central place, a “Hollywood” style from which he says he feels quite far away. “I hardly see Hollywood movies,” he says.

But that itself ended up being a challenge, “how to inhabit such a constructed and round plot”, coupled with the appeal of his co-star, Lars Eidinger, whom he had seen doing Hamlet in Berlin a few years ago and had liked it a lot and, third, the ability to act “fear”.

“It’s almost like making a horror movie, which is something that I have not done and I would like, characters with moments of fear yes, but this one lives on the edge of death constantly,” he describes.

Regarding the subject, he was attracted to the idea of ​​thinking that there is always something greater than individuals – call it art, poetry, fiction – that can make seemingly incompatible people, enemies, to connect.

“That idea may sound naive but it is very topical when we see the increasingly marked divisions and extremisms, the fear of the other to justify violence, this frightening division that we are seeing in the attempted coup on the Capitol and in many other places. , the rise of the right in Bolivia, Bolsonaro, Boris Johnson, “he lists.

“It seemed to me that this was not a period film about Nazism, but that it could delve into the current situation (…), make us think about what can summon us all beyond the differences of religion, race, ethnicity, class , nationalities “.

When asked about the idea of ​​a nomadic actor, he says he feels totally identified. “It is not an idea, it is my reality. I am a nomad and I like that about this work, that the stories and characters are renewed but also the geographical change, of temperature, of light, of flavors”.

Of course, like everyone else, last spring’s confinement by the covid, forced him to put the brakes on. From “the fortune” of being able to have a roof, food, heat and work, he points out that confinement confronted him with something that he had not lived for a long time.

“I have been jumping from one place to another for 10 years, for projects or for pleasure or adventure, and I suddenly saw myself in one place for three months … At one point it did me good, it calmed me down; as we say in Argentina, it took the ants out of my ass. ”

“One can also travel inward, not just outward for fun, but an internal journey of reconnection with smaller places that we sometimes miss.”