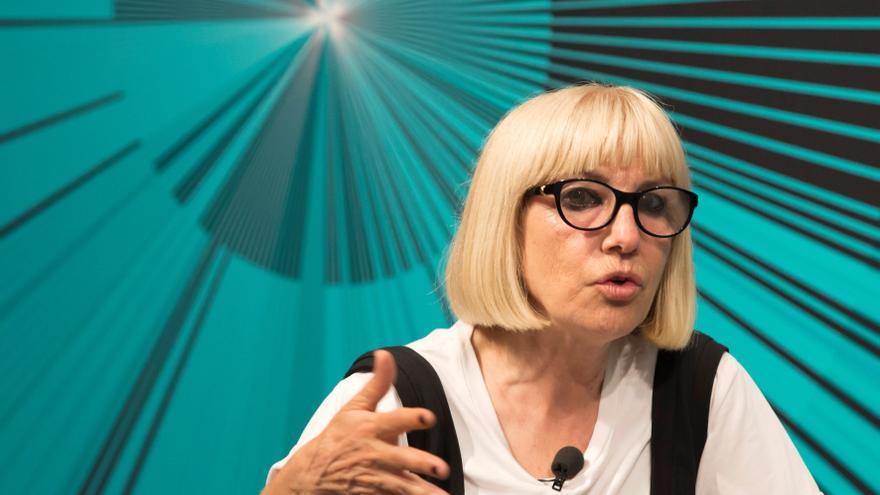 Malaga, Jun 8 (EFE) .- The editor Julia Juániz, with a professional career of thirty years in which she has participated in more than sixty films, has pointed out that the cinema she enjoys the most is the experimental one, which “tells and teaches things ”And make them emotional and“ really cry ”.

“I can see a murder and thriller movie or create a car racing film and enjoy it, but it is not the type of cinema that interests me,” said Juániz, adding that he understands that there has to be a film industry and that people may like it, but enjoy being experimental.

The 64-year-old editor from Navarra receives this Tuesday the Ricardo Franco Prize from the Malaga Film Festival and the Film Academy, which is awarded for the thirteenth consecutive year to professionals in the technical trades of cinema.

Julia Juániz has recalled, together with the director of the Malaga Festival, Juan Antonio Vigar, her childhood in Arellano, a town of just over 100 inhabitants where, according to her, “you played in the mountains and there were no more”, although the On weekends they put on a movie theater where he went since he learned to walk.

Those sessions made her “dream” of cinema and imagine and helped the future editor to see herself “within those films”, an obsession that made Julia think of films “every night”, so, although she considered it “Impossible”, he had “very clear” that he wanted to make movies.

Asked about her relationship with the director in the editing room, Juániz states that she does not like him to tell her how he has thought the sequence because then “you go to that job” and adds that “for an editor, having individual images and that you have to create from that is wonderful ”.

Juániz assures that the work “will turn out better or worse” so he does not get angry with anyone, but affirms that he does not want a director to make his film and be nervous, because it would be “a sadness to suffer with that” and adds that, if when the film is over you don’t want to work with him again due to creative differences, “life goes on.”

The editor, who has worked – by “luck” according to her – with directors such as Carlos Saura, Víctor Erice, Rafael Gordon, Alberto Morais, Ramón Barea, Paula Cons, Bobby Moresco and Mark Steven Johnson, among others, studied Medicine in Zaragoza and she affirms that “maybe she would have been a good” doctor, but “she loved the cinema more”.

Juániz has pointed out that to make a film “you have to live life and know what the world is like in general” and assures that, when he edits a film, he has to think about the good of the film, about a “very smart” viewer and in how it receives things.

A member of the Film Academy and of her North American and European counterparts, the editor also holds photography and installation exhibitions, paints film negatives – because she is “bored” and “very active” – ​​which she later projects, makes light boxes and directs and writes short films.

He has confessed that when he paints those negatives he focuses on what color to put and “it is a moment of rest because you can’t think of anything else”, while in the rest of his life, when for example he goes on the bus, he is imagining movies.