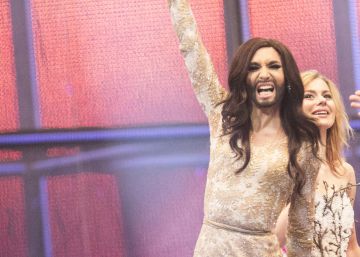 Hungary will not participate in the Eurovision Festival next year, to be held in the Dutch city of Rotterdam, at a time of rising homophobic discourse in the country, governed by the ultra rightist Viktor Orbán. Although the official reasons for the withdrawal have not been disseminated, sources of MTVA public television cited by the newspaper The Guardian, They point out that the workers interpret that the decision is related to the association of the festival to LGBT culture.

András Bencsik, Pro-government television commentator, he referred to Eurovision as "a homosexual flotilla" and said that not participating would benefit the mental health of the nation.

The same sources indicated that the withdrawal was not a surprise because it fits in the way of the Hungarian public television that does not offer positive coverage of news related to the rights of the LGBT collective, except for the annual celebration of the Pride in Budapest.

Public media in Hungary are closely linked to the Government and have been instrumental in spreading their messages against immigration and other issues such as homosexuality. The index.hu website cited unidentified sources within the public media that indicated that the reason for the withdrawal was probably that Eurovision was considered "too gay." Orbán spokesman Zoltán Kovács described the history of index.hu as "fake news" on Twitter, but did not specify any other reason for the non-participation of Hungary.

MTVA informed The Guardian that instead of participating in Eurovision, they will directly support the "valuable productions of Hungarian pop music talents".

In recent months, homophobic attitudes have increased in the circle the prime minister. The Orbán party parliamentarian called for a boycott of Coca-Cola after an advertising campaign with photographs of a gay couple, while László Kövér, the president of the Hungarian parliament, compared the defenders of equal marriage and the adoption of gay couples with pedophiles "Morally, there is no difference between the behavior of a pedophile and the behavior of someone who demands such things," he said.