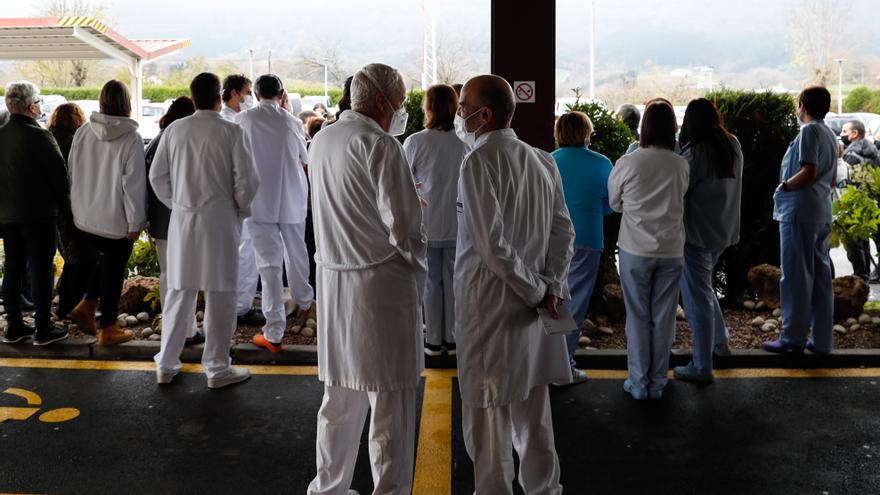 Several hundred people have joined this Sunday in Madrid to the march in defense of Primary Care, called by 110 entities and organizations to denounce the deterioration of a service with care overload and lack of resources and demand urgent measures to overcome the situation.

With a banner that includes the motto of the mobilization: "Let's save Primary Care" and headed by the leaders of CCOO and UGT, Unai Sordo and Pepe Álvarez; the spokesman for the Spanish Federation in Defense of Public Health (FADSP), Marciano Sánchez Bayle; and the representative of Médicos Mundi, Enrique Revilla, the protesters have headed this afternoon to Puerta del Sol, where the organizing organizations will read a statement to highlight the "intolerable deterioration" of this service, especially in the Community of Madrid.

In statements to the media, Unai Sordo has denounced the cuts suffered by Primary Care for more than a decade and has demanded that it be budgeted with at least 7.2% of GDP to finance Healthcare and that, of that amount, 25% is destined to that first door to the public health of the citizens.

For his part, Pepe Álvarez has underlined the health "holes" exacerbated in the pandemic and has demanded that deficiencies be covered, for which he has insisted on public investment in Primary Care so that "hospitals function and patients are cared for in a correct way ".

Meanwhile, the FADSP spokesman has remarked that the objective of the mobilization is to make visible the need to "save Primary Care", which they consider the "great forgotten" of health administrations, with a lack of investment, professionals and accessibility . Specifically, Sánchez Bayle recalled that many health centers are still closed, in others the hours of attention have been reduced and in the Community of Madrid the emergency services have been eliminated.

Healthcare workers have been denouncing for months that the decline in Primary Care services also affects the saturation of hospitals and delays in diagnoses. If a patient has to wait more than a week to see his family doctor or cannot go to the emergency room at his health center, he ends up saturating the hospital services.

Sánchez Bayle has sent the administrations the message that the time for promises is over and now they touch "facts" because Primary Care must be the fundamental axis of the health system, "and if public health does not work properly it will collapse and the right to health will cease to be effective. "