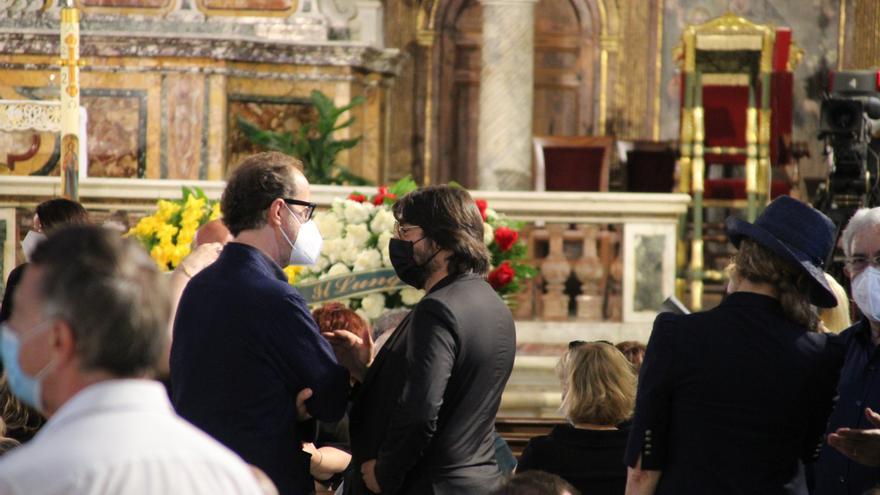 Rome, Jul 9 (EFE) .- Hundreds of people today fired the Italian television diva Raffaella Carrà, who died last Monday at the age of 78, attending the funeral in a church in the center of Rome that ends three days of tributes.

The coffin left the Protomoteca Room of the Campidoglio Palace, seat of the town hall, where a three-day burning chapel has taken place, to reach the nearby church of Santa María in Ara Coeli, where the funeral was held.

However, the coffin, aboard a car escorted by police motorcycles, traveled the vicinity, skirting the Imperial Forums, before reaching the temple.

On the steps of the church, the remains of the artist and presenter, accompanied at all times by her partner and friend, Sergio Japino, were received by the mayor of Rome, Virginia Raggi.

Later, the coffin was carried on the shoulders at the tempo, where dozens of friends, relatives, followers and the press came, all with masks and separated to respect the safety distance. Among them was the Spanish dancer Joaquín Cortés.

The homily was given by Father Simone Castaldi and four Capuchin friars from San Govanni Rotondo, since Raffaella Carrá was very devoted to Padre Pio.

"Who knows if we realize how important artists are, how much good they do people. It will be a party to meet in heaven all together and, since it will be a party, I am sure that we will meet Raffaella there, in front row, "proclaimed Father Castaldi.

The basilica, one of the most beautiful in Rome, was decorated with yellow flowers, the artist's favorite color, and two hundred squares were set up inside. The Minister of Culture, Dario Franceschini, among other authorities, also attended.

Outside, in the monumental Plaza del Campidoglio, a few hundred followers, and the occasional tourist, were able to follow the ceremony through giant screens, breaking into applause at times and enduring the intense heat.

Among those attending the funeral in the temple were the director of the public television RAI, Fabrizio Salini, but also other artists such as Carmen Russo and Enzo Paolo Turchi.