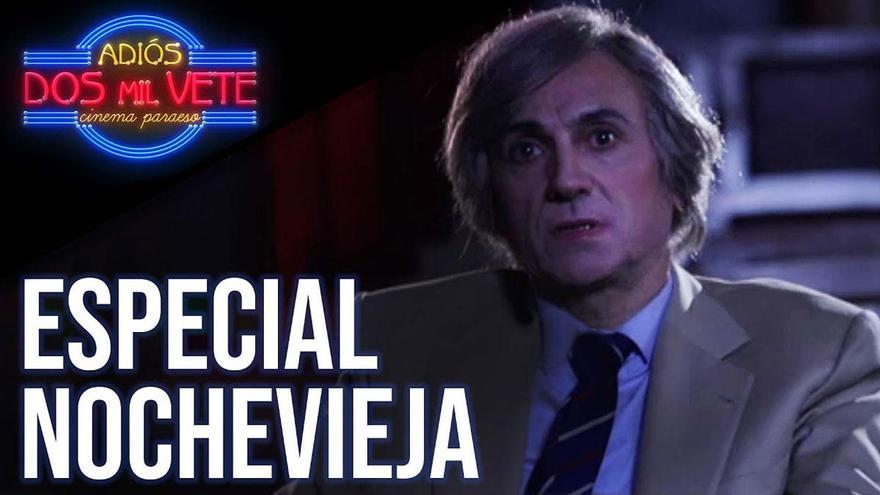 As is tradition, every year the bells say goodbye to the year and the televisions in Spanish homes are filled with music, humor and specials, programs and competitions are the protagonists, and despite the fact that 2020 has been difficult and rare for everyone, this year was not going to be less either.

The different channels have proposed to renew the illusion of these dates and live the closing of 2020 and the welcome of 2021 more home because of the pandemic, hence they have prepared a complete and varied program.

The viewers of La 1 de TVE will be accompanied on New Year’s Eve by the comedian José Mota with the program “Adiós, dos mil vete (Cinema Paraeso)”.

The comedian from La Mancha will approach with humor the exceptional situation experienced in 2020 and will pay an emotional tribute to the elderly, one of the groups that has suffered the most from the pandemic, in addition to offering his particular version of the characters of the year as Salvador Illa, Donald Trump or María Jesús Montero, and will feature guests such as Florentino Fernández or Santiago Segura.

Next, the chain will say goodbye to the year with the traditional bells, an appointment that for the first time will have an exclusively female character and in which Anne Igartiburu, which has been running for 16 consecutive years, will be accompanied by the actress and presenter Ana Obregon, which will repeat the occasion at Puerta del Sol after years of absence.

An hour later, the Canary Islands will bid farewell to 2020 from Santa Cruz de Tenerife, led by the Canarian singer Ana Guerra and Roberto Herrera, in its broadcast number 17.

And already on January 1, 2021, the traditional “New Year’s Concert of the Vienna Philharmonic Orchestra”(11:15 am).

For its part, La 2 de TVE will say goodbye to the year with a special of its now classic “Cachitos de Hierro y Cromo” in the form of a traveling festival that will try to compensate for the shortage of live music this year in Spain. And after the Chimes, music, laughter and the RTVE archive in: “Nochevieja a cachitos”.

Antena 3 offers this Wednesday a special program of “The Roulette of luck” and “Now I fall!”. Both will carry the best contestants of 2020 in addition to remembering all those people who have had a “so bad” time during the pandemic. For his part, “Pass word”Will have, in the last program of the year, guests such as Millán Salcedo, Joaquín Reyes, Thais Blume and Raquel Meroño.

At 10:10 p.m. on Thursday, “Until never 2020”, A program with the most outstanding television moments of the year presented by Eva González and Roberto Leal, just before welcoming the new year with the chimes, in which Cristina Pedroche and Alberto Chicote They will wear their best clothes again, for the fifth consecutive year.

After the chimes, the chain the year will begin with “Cantando al 2020”, a karaoke with the most successful musical themes, while on January 1 Antena 3 will broadcast the second semifinal of “Your face sounds to me” in which Belinda Washington, Rocío Madrid, Nerea Rodríguez, Mario Vaquerizo, Los Gemeliers, María Isabel and Cristina Ramos, will fight to get into the grand final.

In La Sexta, the “Zapeando” team will entertain viewers with the special “Free Coronavirus” and the funniest moments of the year, while the grapes will be presented by Cristina Pardo and Iñaki López.

Neox celebrates the “preuvas” at 11:30 pm with “HAPPY NEOX YEAR: Pum! To fry milk 2020 ”with Paca La Piraña and Marc Giró to start the year with“ good vibes and a lot of humor ”.

Mediaset puts the bells on Telecinco, Cuatro and the rest of its channels in the hands of the presenters Christian Gálvez and Sandra Barneda, who will accompany the spectators in the taking of the 12 grapes from the island of Gran Canaria.

No news on the group’s channels for this date, except the specials of “First Dates”, “The Last Supper” and “See you again.” Carlos Sobera’s program will propose to singles to bring out their most seductive side so that everything goes well on their date and liven up a night in which there will be no shortage of experts in astrology, cabaret, melodic music and a very peculiar DJ to start 2021.

Controversy on TVG for allowing the reunion of a young woman with her ex-partner, with whom she lived sexist episodes

The end of ‘Vikings’ and Ivar’s redemption