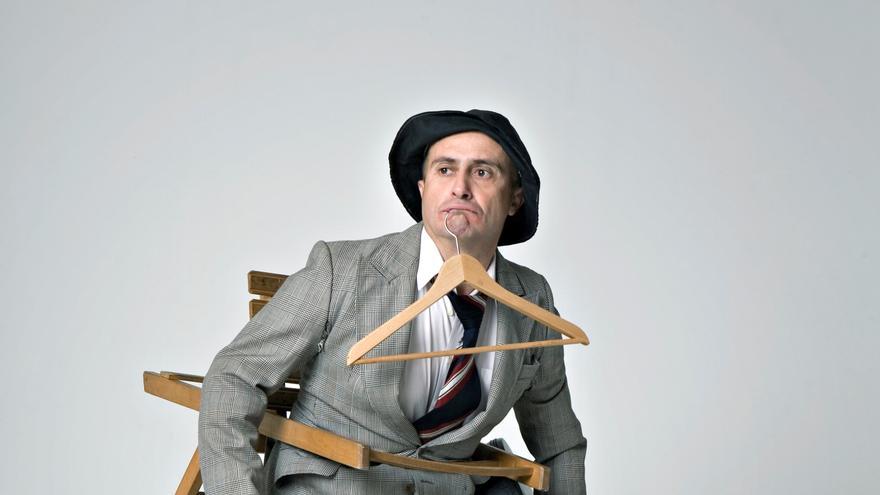 Torrelavega (Cantabria), Feb 3 (EFE) .- Pepe Viyuela (Haro, 1963) opens this Friday at the Torrelavega Winter Festival giving life to a humble clown who reflects on everyday life to instill in the viewer the clear idea that humor “is a lifeline that relieves and helps us emerge stronger from crises.”

With “Encerrona” he returns to Cantabria in a few days after his success on the Santander stages with the “Godot” tour, while doing a double on television, a moment that he defines as “a good streak within a bad moment”, due to the permanent uncertainty in which the tours take place due to mobility restrictions.

In a telephone interview with Efe, he explains that “Encerrona” is “a metaphor for life itself” through the experience of the clown that each one carries inside, a game through which the viewer can see that laughter “is a one of the best formulas to make our life more bearable “.

In addition, he considers that the work saves as a great conclusion that “we are all vulnerable and make mistakes”, but that, at the same time, the ability of people to recover “is unlimited” and, therefore, “you have to learn to get up after of each fall, to rebuild at each moment “to continue advancing.

In “Encerrona” he plays a deceived character who enters the stage because he has been told that this is the way, but that he is in front of people who look at him expectantly, while he looks for a way out, although ‘someone invisible’ prevents him from escaping and forces him to remain on stage, facing the audience.

In his opinion, this work “full of humor and tenderness”, in which for one hour and twenty minutes gives life “a court jester thrown into the throne room”, allows each of the viewers to be shown that “we exist in the measure that others make us exist and the measure that we count for someone “.

His conviction that laughter can be “a spiritual food” is also at the origin of his activism in Payasos Sin Fronteras, a group with which he has worked on projects in developing countries with children to help them “rebuild also inside and out. live a little better through entertainment. ”

“Being a clown, I think that in Payasos Sin Fronteras is where I can be most useful,” says Viyuela while recalling the great work done in hospitals by those people who entertain sick children, whom “they make time pass in a less harsh way “through humor.

However, his ephemeral passage as a ‘filler’ through the electoral lists of Podemos in his town leads him to categorically affirm the “null ambition to hold any office”, because he believes that “everyone should know their limits.” And I am not here. prepared to manage or direct anything that has to do with politics, “he says.

That same clarity leads him to consider that the theater “is having a bad time, like many other activities hit by the pandemic”, but he considers that the actors should not become “the victims.”

“I think it would be very ugly for (artists) to become masters of misfortunes because we are all suffering from the pandemic. We must support culture, but without becoming the pupae of the situation because there are many people who are suffering”, ensures.

“We can only get ahead if we protect others by protecting ourselves, and then we nurture the professional activities of others, returning to the theater, to the cinema, to travel. We know more than ever the importance of others because we are absolutely not alone. nothing “, concludes the actor.