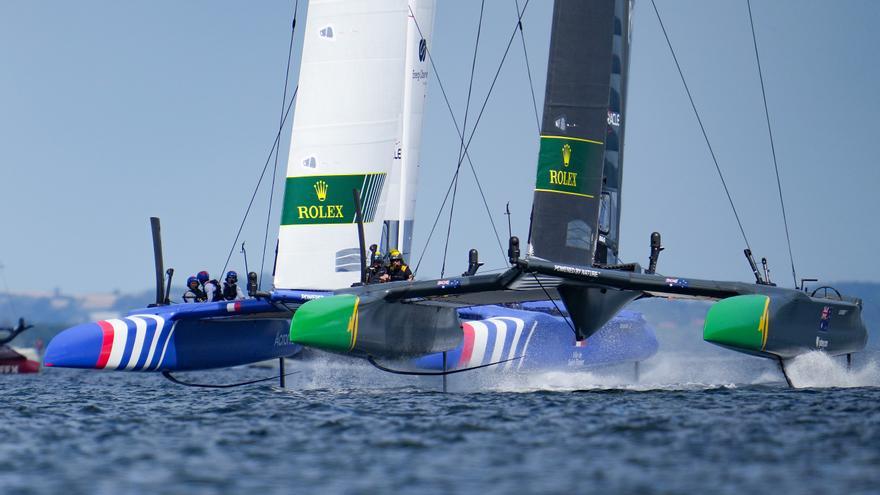 The highly anticipated Season 2 of SailGP, the world championship that has redefined yachting, kicked off in Bermuda on April 24. Rolex, whose proud association with yachting began more than 60 years ago, has collaborated with the sports series since its inaugural season in 2019. The values ​​and vision behind SailGP and, in particular, the platform it provides for technological innovation and human improvement, are some of its characteristic signs

SailGP unites the highest level athletic talent and the most advanced navigation technology. Eight teams representing Australia, Denmark, Spain, the United States, France, Great Britain, Japan and New Zealand meet in eight events held in as many countries over 11 months. Since the start of the season in Bermuda, the championship has visited renowned sailing venues in Italy (June), the UK (July), Denmark (August) and France (September). The second season of the circuit will be completed with tests in Spain (October 9 and 10) and Australia (December 17 and 18), before the grand final that will be held in San Francisco (United States) on 26 and 27 of March 2022.

Among the contenders for the crown is the British team, led by Rolex Testimonial and four-time Rolex World Sailor of the Year Sir Ben Ainslie.

“The sailing world was crying out for the creation of such a concept,” he explains. “SailGP is an important milestone in the evolution of sailing, but it also represents continuity. The combination of state-of-the-art technology and sporting prowess is succeeding in broadening the appeal of the sail. ”

The Spanish Grand Prix will pose a new challenge for the teams, since it is the first time that the Andalusian port of Cádiz hosts an event of these characteristics. The crews will have to get used to the sailing conditions in the bay of Cadiz. The regattas will be held in front of the emblematic old town of Cádiz, so the city will act as a spectacular backdrop for action on the water. The Spanish Grand Prix is ​​also part of the calendar of commemorative events for the world’s first circumnavigation, an expedition that left Andalusia in 1519 and returned to Sanlúcar de Barrameda, north of Cádiz, in 1522. The event will coincide with the celebration of the Columbus Day, October 12, which guarantees a weekend full of celebrations.

Each SailGP event consists of a series of intense fleet races that will determine the lineup for a final match race in which the winner takes all. The F50 catamarans with which the championship is disputed are spectacular boats of 15 meters in length (49.2 feet) and 2400 kg of weight that incorporate the latest advances in naval technology. Being a single design development class, all ships are identical, but are subject to continuous and simultaneous improvement. Its latest generation has shown the ability to reach speeds of over 50 knots (almost 100 km / h) thanks to the combination of its rigid mainsails (wingsails) and the hydrofoil system (foils) that raises the hulls out of the water to reduce drag. In this second season, the F50s incorporate a modular version of their wingsails, a revolutionary innovation that allows the size of the sail to be better adapted to the conditions, which broadens the range of wind intensities in which races can be held.

Getting the most out of these sophisticated vessels requires a highly talented crew of athletes, experts in both navigation and control of complex mechanical parts. The teams are made up of a helmsman, a flight controller, a wing trimmer (manages the position of the major) and two grinders (they generate the necessary energy on board). How the ships go so fast communication must be intuitive, reflexes and muscle memory perfectly fine-tuned, and trust between teammates, absolute.

The tours are short, which puts great pressure on the crews. Real-time data extracted from nearly 1,200 sensors distributed by ships and crew, together with on-board cameras and microphones, help the constant evolution of equipment, as well as optimize the tactics and techniques necessary to achieve maximum performance.

Throughout the season, the teams accumulate points in a classification that will define the identity of the two who will compete in the dramatic final race in which the absolute champion of the championship will be decided. Winning the general classification is an exceptional achievement, a reward for the most advantageous team against their formidable rivals. The defending champion is the Australian team captained by 2010 Rolex World Sailor of the Year and Olympic champion Tom Slingsby.

In Sir Ben Ainslie’s opinion: “As a sailor, you want to compete against the best, and SailGP gives you that opportunity. The teams are made up of true sailing leaders: Olympians like Tom and Nathan Outteridge, America’s Cup winners like Peter Burling. , Blair Tuke and James Spithill. Competing in equal boats, races are resolved based on skill and human performance. It couldn’t be better. ”

In addition to having impressive credentials in innovation and athleticism, SailGP is committed to ensuring the future of this sport through the transmission of knowledge. Its Inspire program creates pathways for you young talents reach their potential, offering life-changing opportunities for aspiring sailors regardless of its origin.

“Inspiring and educating the next generation, and having a positive impact on the wider sailing community, is one of the hallmarks of the championship and its great legacy,” explains Sir Ben Ainslie.

Despite having completed a single season, SailGP has already proven to be an important evolution in the sport. Driving innovation, fostering human achievement and staying true to heritage unites Rolex and all the sports it supports. Through this relationship with SailGP, the Swiss brand’s long association with sailing has been further strengthened.