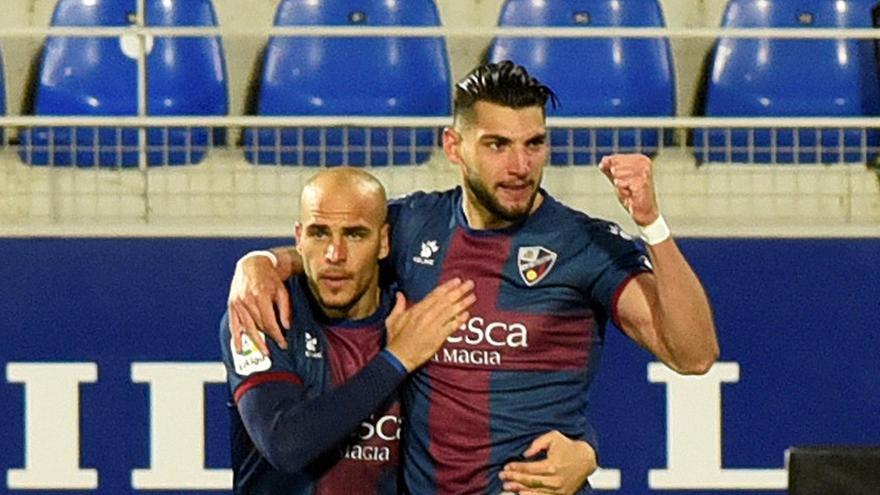 The Sports Society Huesca, with his win 3-1 about him Elche, left the relegation zone five and a half months later and showed that he believes in the salvation that he has been pursuing all season and that a few days ago it seemed like a utopia.

On the seventh round of the League (10-25-2020), after losing 4-1 against the Real society, Huesca entered the decline and his faith and perseverance have taken him out of the red zone of the classification after 23 days.

The improvement of the Alto Aragonese club since the arrival of José Rojo “Pacheta” It has allowed him not only to play good games, something that also happened before the Burgos coach arrived, but also to take them forward, which was the great deficit that the team had and that has now been improved.

At least the results support it. The Huesca team has added seven of the last nine points in play and with the victory over the Elche team, he also manages to have a particular difference in favor, since in the Martínez Valero, in the first round, there was a draw between the two.

The Barça team clings tooth and nail to the category and, for the moment, it is achieving it, and in this case putting a direct rival, Elche, in the fight not to be relegated.

The start of the match could not have been more moved because after three minutes the locals went ahead thanks to a header from the scorer Rafa Mir, but his team did not have time even to savor it because in the same service play from the central circle a penetration winger Antonio Barragán ended up in a low cross that was deflected by Slovak central Denis Vavro and into the net of his goal.

The Huesca continued to insist and after forcing Edgar Badía to make two good interventions Almost followed they forced a penalty in the 22nd that, reviewed by the referee at the request of the VAR, was annulled for a previous foul.

Elche only appeared with danger in the 27th after a distant shot from Johan Mojica that Andrés Fernández solved well and shortly after, in the 30th, “Sandro” Ramírez took advantage of a failure in the exit of the ball from Elche to hook a strong shot from outside area that bounced in front of the visiting goal and although he ended up touching it, he did not know how to reject it and ended up sneaking into his goal.

With the scoreboard against Fran Escribá’s team, they had no choice but to take the ball and go on the attack after the rest time, but the dominance did not entail excessive danger because the owners of the land defended themselves with solvency and did not grant chances except one foul well solved by Andrés Fernández.

On the other hand, when the game was already dying, Mikel Rico’s stubbornness for a ball that was lost on the bottom line took out a penalty by the hand of Johan Mojica, in 86, to certify the Barça triumph with the second goal from the local scorer, Rafa Mir, who reached twelve goals.

Referee: Alberola Rojas (Castilian-Manchego Committee). He gave a yellow card to Sergio Gómez and Ferreiro, from Huesca, and Fidel and Verdú, from Elche.

Incidents: match corresponding to matchday 30 of the First Division played at the El Alcoraz stadium in Huesca behind closed doors.