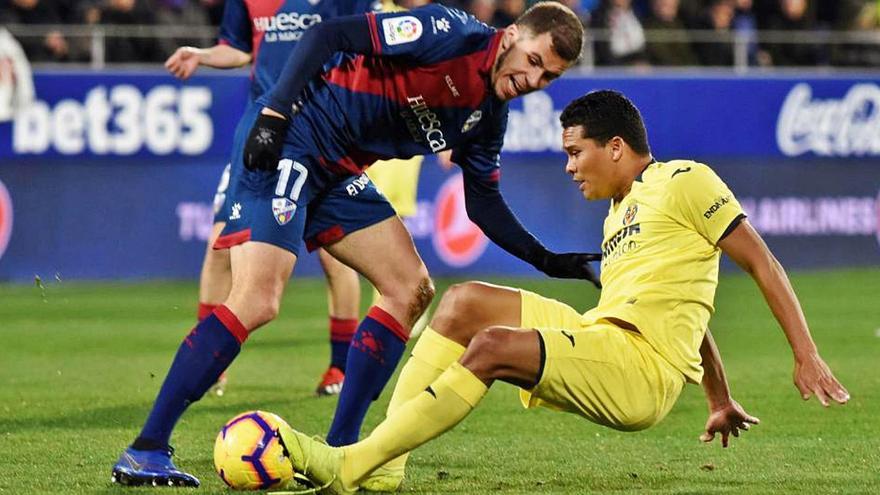 The terms, in any case, are those planned by the yellow entity, which tries by all means to receive money for the transfer and to include a compulsory purchase based on certain objectives in the exit operation from Gijon. Obviously, he would have liked to get rid of it as soon as possible, but it was within the norm that no club, knowing that the UD wants to get rid of him, would hold out until the end to make a move.

This happened last summer, when Rivera left on loan to Leganés hours before the window closed, on the last day. Then, the cucumber club promised to pay the player’s entire salary and saved a purchase option, although it was not profitable: they cut the transfer in the winter market because it did not count, not without the UD having a new team first. for him, Girona, who paid the other half of the salary and was obliged to pay 1.5 million if he achieved promotion – and forgive the approximately 200,000 euros that UD had left to pay for the signing of Timor.

But the Catalan team did not go up to First, although just barely, and Rivera had to return to Gran Canaria, where he has not trained for more than two weeks after returning from his late vacation. In all the summer he has not had offers and now he waits for the days for a new outlet to be consumed. Huesca, for various reasons, is the favorite to take home.

The man from Gijón wants to leave

First, because of the relationship between the player’s representation agency, Bahía Internacional –he promised to find a way out because Rivera, on the other hand, is not comfortable in Gran Canaria–, and SD Huesca. The managing director of the agency is, at the same time, president of the Alcoraz Foundation and also director of the Huesca club. It is about José Antonio Martín Petón, who already intervened in the Asturian’s first loan operation although Gustavo Cañizares is the one who handles his affairs more directly.

But also because Christian Rivera had a prominent role in his first step with the Pyrenees team, where he left a good feeling despite the fact that the team dropped at the end of the course. His balance was not a disaster: 22 games played –in just over half a season–, the vast majority as a starter, and two goals, but also a leading role in the game.

He left UD Las Palmas in the middle of October for two reasons: first, because Manolo Jiménez, the coach at the time, did not have him; second, because the player felt more comfortable in the north despite having signed a contract for four seasons – it ends in June 2022 – and with one of the highest chips in the squad at the time, already expensive with footballers like Sergio Araujo, David Timor, Juan Cala or Raúl Fernández.

His high salary, precisely, is what led UD to give him up last year and the one that now represents too great a burden, because it costs him around 1.2 million euros – the player’s gross salary. That is why he is on the list of discarded, but at the same time he is the one who has an easier way out because of his poster and his willingness to want to leave, unlike Mantovani, Srnic or Raúl.

His signing in the summer of 2018 could not come out but to the yellow entity. There is a dramatic fact: despite the height of his record and throughout his contract, he has only played four games with UD – one in the Cup – three of them as a starter and only one complete. Now the club want to get rid of him again, but it will be difficult for him. Huesca, aware of the urgency of the islanders, will not give anything away. It appears on the horizon as the main candidate to take it, but not at any price.

Tags: candidate, Christian, Huesca, principal, to be made