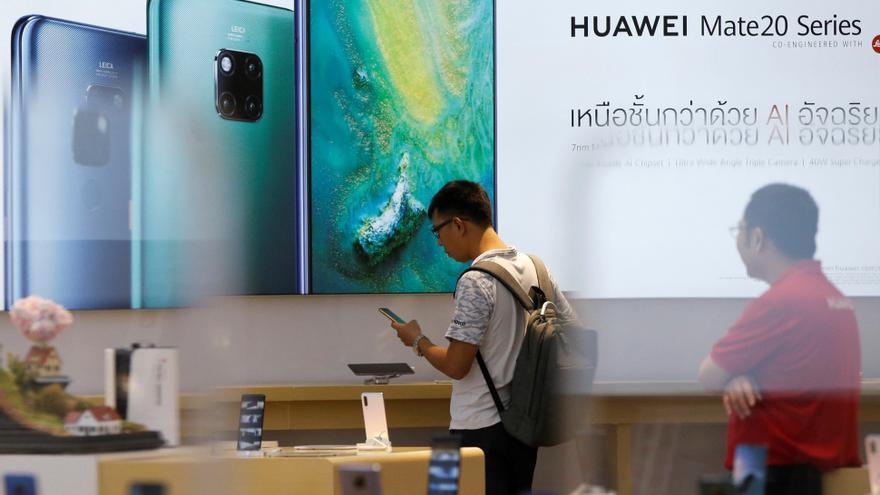 Two years after USA will include Huawei on your blacklist for alleged links with Chinese intelligence, the Asian giant, which had come to lead mobile sales, has been losing steam until reaching this first quarter of 2021 out of the top five best-selling brands.

All this in a global context in which global mobile shipments have skyrocketed above 25%, with 346 million units, according to worldwide ‘smartphone’ distribution data offered by various consultancies, including IDC and Canalys, which coincide in placing Samsung in the first place with a market share of over 21%. Huawei ranks seventh.

The US sanctions, which were announced in mid-May 2019, They ended up leaving their mark on Huawei’s mobile sales, especially after this veto resulted in a ban on Google to sell products to the Chinese brand.

These products included not only the mobile applications of the Google store, but the licenses for updates to the Android operating system, on which the mobile phones of the Chinese company were based, which, on the other hand, is promoting a proprietary operating system, Harmony Os, in order to make it an alternative.

Sales decline accentuated by the sale of Honor

The decline in the brand’s mobile sales outside of China was accentuated at the end of 2020, when Huawei decided to ditch its Honor brand given the “tremendous pressure” to which its telephony business was subjected due to the “persistent lack of technical elements”, it announced in a statement at the time.

Honor meant for Huawei some Worldwide shipments of around 70 million units per year, according to the company itself. From Huawei Spain they have not estimated to make an assessment on the matter after being asked by EFE.

Worldwide, the decline in mobile sales has translated into a worldwide revenue drop of 16.5% this first quarter of the year, compared to the same period in 2020, reaching 152.2 billion yuan (19.432 billion yuan). euros), according to data provided by the company, which is not listed on the stock exchange and has not disclosed its net profit.

With this situation and taking data from Canalys, Huawei lost the leadership in mobile shipments, in which Samsung has retrieved number 1 on the list and Manzana the 2. In third, fourth and fifth place are three Chinese companies. After Huawei’s exit from the top positions, Samsung and Apple once again compete for the top two positions on the list.

The rest of the brands have been left with 95.9 million, and 28% of world market share. Huawei is now in seventh place with 18.6 million units.

The Disagreements between the US and Huawei took shape as of May 15, 2019 when former President Donald Trump declared a national emergency to prohibit companies in the country from using telecommunications equipment manufactured by companies allegedly trying to spy on the US This measure ultimately led to restrictions on the Chinese firm.

Huawei then warned that the decision to apply restrictions to its activity would only harm the interests of US companies and consumers.

The matter reached the courts and last February Huawei filed a lawsuit in an appeals court in New Orleans against the US government for the designation of a threat against national security to be withdrawn.

With the departure of Trump of the Government, Huawei was waiting for the administration of Joe biden it was more open to policies that were “in the interest of US companies,” said Huawei founder Ren Zhengfei at the time. So far, there has been no change in this regard.

Despite the context, Huawei led the distribution of smart phones in the world in the second quarter of 2020 above Samsung or Apple, with 55.8 million devices.

In this context, Huawei’s shipments had fallen 27% outside of China, but its domestic market dominated, however, which grew by 8%. More than 70% of these sales occurred in China, according to Canalys.

Shortly after these data, Huawei got rid of Honor and today it is in the seventh ranking in distribution.

WhatsApp: what will happen to the app from May 15?