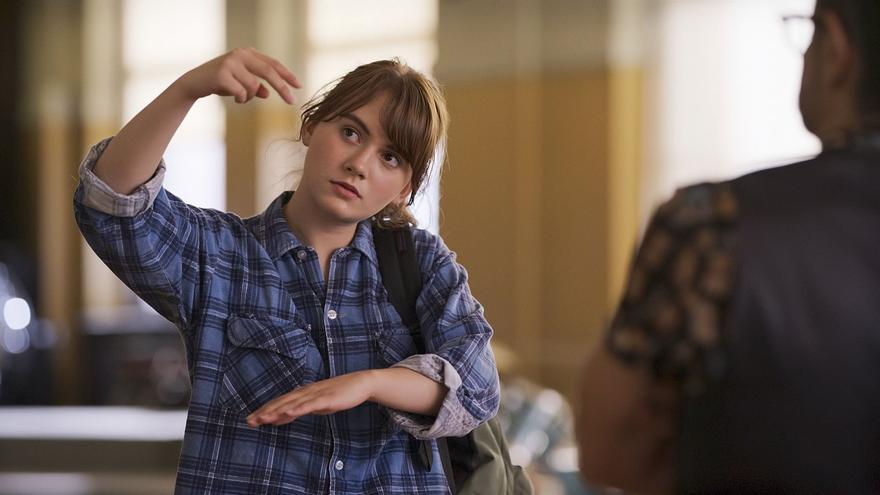 Bookmakers in Hollywood are on fire. For months it seemed clear that the power of the dog was destined to sweep the Oscars. The critics had surrendered at her feet, she had triumphed in the previous awards. The Golden Globes and the BAFTAs they had also chosen it as the best film of the year. However, for a week now, several gurus from the Hollywood Academy Awards have begun to bet on the sorpasso of Coda, the film by Sian Heder that tells the story of a deaf family with only one member, a daughter, who can listening and decides to join a choir.

A film that has moved voters, something that has been proven in its victory at the Screen Actors Guild and Producers Guild Awards, where it beat the favorite, The Power of the Dog. These two awards are fundamental, especially this last one, since their way of voting is the same as in the category of Best Picture at the Oscars. The night's jackpot winner is not chosen in a traditional way. The academics do not vote for a film, the one they want to win, but rather they vote using the preferential voting method, which favors the victory of films agreed upon by academics and harms those that have divided the public.

To understand why Coda can win and why many are predicting this victory, it is essential to understand this strange method with which only this category is chosen. All the academics place all the nominees for Best Picture in order of preference, from 1 to 10, with 1 being their favorite and 10 being their least favorite. If in a first count a film obtains an absolute majority (half plus one of the votes), there is already a winner. Otherwise, the film that has had fewer 1 numbers in the vote would be eliminated from the contest. Therefore, in the ballots in which this film was in the first place, they now have a new title in that first position (the one that was previously in second place).

They are all counted again, and having eliminated a title, the results of the count vary. If there is no majority in this second vote, the process is repeated and the one with the fewest 1 numbers in this second round is eliminated. Thus, films are eliminated until a film obtains that absolute majority of votes. This means that those films that have divided academics a lot have a very complicated victory. If, for example, The Power of the Dog has polarized, many will place it in the first place, but many in the last places of their ballots, causing it to have a difficult time adding the number necessary to win the Oscar.

On the contrary, a film that has a good fan base to pass the first screening and that has conquered almost everyone will be placed very high on all the ballots and will add many votes as other proposals are eliminated. This can happen perfectly with Coda, which has elements that we have already seen on other occasions. For example, the year of Green Book's victory over Rome. Two films of the same style faced each other. An author proposal (and Netflix), in front of a film that was moving and full of good feelings.

The victory in the Producers Union, where the same way of voting is used, indicates that the preferential vote favors Coda. Added to this is the massive campaign that Apple has made for the film in recent months and the favorite status of The Power of the Dog, which also harms it, since any academic who wants to sink their options only has to place it in the number 10 on your ballot.

Although the voting system favors Coda, there are other statistics that harm his candidacy and benefit the option of The power of the dog. For example, its low number of nominations. Only three. Many believe he could win all three, but it's rare for a film that hasn't been recognized elsewhere to beat heavyweights like Campion's film. Not even in areas that could be beneficial, like Best Original Song, where it was left out. You have to go back to 1932 to find a film with so few nominations that it won an Oscar. It was Grand Hotel, but in that decade there were half the number of candidates.

Another of the data that plays against him is his absence in the category of Best Direction. Only five films won an Oscar without their director being nominated: Wings, Grand Hotel, Driving Miss Daisy, Argo and Green Book. Many are comparing this year's case to that of Green Book. On that occasion, a Netflix film arrived at the gala after sweeping the critics' awards and having lost only one important precursor, that of the producers. That award is one of those that Coda has won, which also has the support of the actors (it won the award for Best Cast in its union awards).

Another fact that does not benefit Coda is the one that says that if you are not nominated for Best Editing you do not win the Oscar. Only Birdman (which was a false sequence shot) has achieved it in the last 30 years. A film has never achieved it without those two nominations, one for directing and one for editing. Coda is not a candidate in any of them, but lately the Oscar statistics are broken more easily. It would also be, as a reinterpretation of the French film La Famille Bélierel, the second remake in all of history to win the night's jackpot after The Departed, the Martin Scorsese film that was a version of the film Infernal Affairs.

Precisely that year (2007) a quite similar situation was experienced. The Departed eventually won the Oscar for Best Picture, while many thought Little Miss Sunshine would, who had scooped the Producers Guild Award, the Best Supporting Actor Award and the Writers Guild Award up to that point, exactly all three. same that Coda has achieved. The comedy starring Steve Carrell didn't have directing or editing nominations, and ended up taking the supporting actor award for Alan Arkin and screenplay (original), the two that Coda seems to have tied at the moment, in his case as adapted script. Of course, in that year the preferential vote that can give him victory was not yet established. On Sunday it will be discovered if history repeats itself.