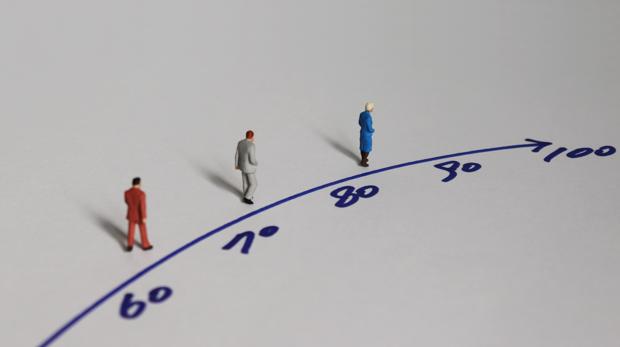 The world population ages at full speed. A triple effect has been conjured to cause this situation: infant mortality has been reduced, fertility has plummeted and life expectancy does not cease to increase. Thus, it is estimated that the population over 60 will increase by 42% until 2030, while the population under that age will grow by only 8% in that period of time. This means that those over six decades of age will increase at a rate five times higher than the rest. It is an unstoppable phenomenon that does not only affect Western countries. “The Chinese population ages at a scale and speed never seen before. This is mainly due to the improvement of the quality of life in the country, ”explains Laurent Clavel, head of research at AXA IM.

Sponsored space
Challenges and opportunities. This situation poses very important challenges for societies, since the elderly are less productive (it is estimated that the vital moment of greater productivity is between 35 and 40 years and, from there, does not cease to deteriorate). Likewise, older people require care in the last stage of their life, where they can hardly work. But, together with the challenges, this phenomenon presents important opportunities for investors who know how to take advantage of them.

In that sense, one of the sectors that will benefit most from this trend is that of health, since the elderly are the ones that require the most medicines and medical care. In fact, calculations by the US government estimate that health spending doubles after 65 years.

Consumption, another winner. But this theme goes far beyond the health sector and could represent a growth opportunity of several decades for investors. For example, consumption is going to be another of the great beneficiaries. On this, there are predictions that predict that, by 2030, two-thirds of the growth in consumption made by people over 60 years of age in developed countries will go to multiple industries dedicated to living well, from beauty to travel and entertainment.

About this, AXA IM offers an interesting fact: 52% of the world's wealth is in the hands of over 50 years, but only 26% of retirees worldwide have ever used the services of a professional financial advisor. . (tagsToTranslate) fidelity (t) take advantage (t) aging