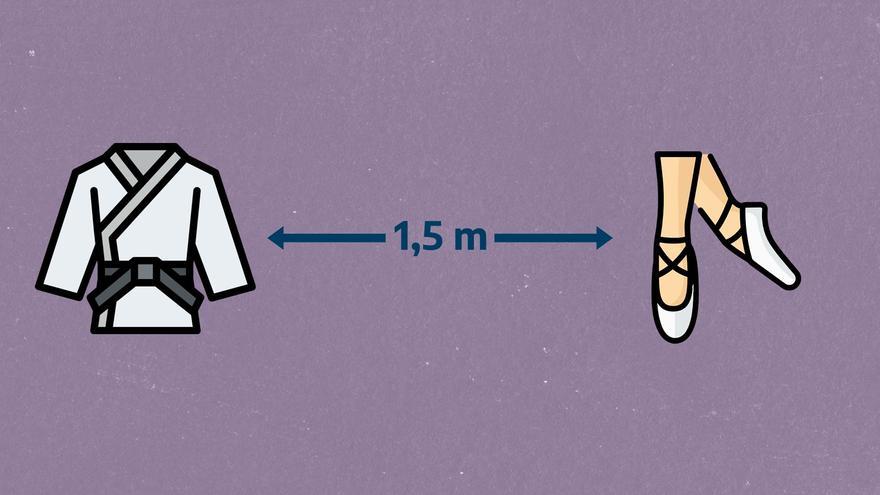 The new course begins and, with it, the uncertainties due to the coronavirus. Wearing a mask and maintaining a safe distance have become common. However, there are disciplines in which it is very difficult not to have contact with other people. Among them, judo and dance.

Yamila Gómez, coach of the Club Deportivo de Judo Tomelloso, believes that it is impossible to train while maintaining a safe distance. “Unlike other martial arts that are based on hitting, in judo we are guided by displacement,” he explains. For her part, Juan Carlos Barcos, president of the Royal Spanish Federation of Judo and Associated Sports, proposes a solution: create a protocol in which the pairs are the same and control with PCR tests.

When it comes to dance, the director of the Mariemma Royal Professional Dance Conservatory, Arantxa Carmona, believes it is difficult to maintain distances in the spaces they have. However, it is committed to reducing the number of students in order to start the course safely. “The dance cannot stop,” he says.

At the time of starting classes, Carmona bets on blendedness, in which half of the students attend Monday, Wednesday and Friday, and the rest, Tuesday and Thursday. In the Gómez club they will bet on training in tandoku renshu, a type of training in which the technique is practiced individually. In addition, “we will have sanitizer when entering and leaving the tatami, rooms with ventilation and we will try to avoid wearing judo suits ”, explains the judoka.

One of the greatest difficulties occurs with children, the most affected, since they lack the tools to learn independently. Gómez confesses the difficulty that is going to be presented to them with this age group, since they learn through play. “We would have to eliminate an essential part of psychomotor training, the fundamental block of our work,” he confesses. On the other hand, Carmona recognizes that it will be difficult for her not to be able to touch her students. “The logical thing is to place the person,” she explains.

Furthermore, the lack of activity in judo brings with it a loss of income from small clubs and schools. “It is doing a lot of damage to the clubs because there are many people who make a living from this,” explains Gómez. The most affected clubs, he points out, are those that dedicate themselves exclusively to the competition, paralyzed at the moment.

“We are excited and want to be able to return because the damage that is being done to judo is immense,” laments Barcos. Carmona expresses the need not to stop at dance and for teachers to be able to work, because “we are very vocational workers and we will do what we have to do to do it,” he concludes.