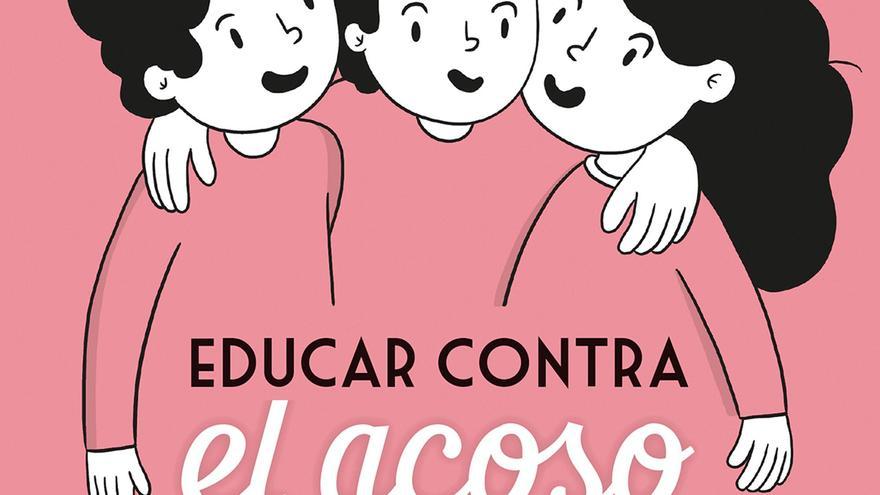 In Spain, more than half of the boys and girls have suffered some kind of violence or humiliation at school according to the international NGO Save The Children. In 2017, about a thousand cases of bullying were reported to the police and the Civil Guard, which represented an increase of 11.6% compared to the previous year. 90% of victims of school abuse later drag psychological or psychiatric problems such as anxiety and depression (ANAR Foundation). And the World Health Organization (WHO) maintains that half of the 600,000 adolescents and young people between 14 and 28 years old who commit suicide each year in the world suffered bullying previously.

These devastating figures show that bullying “is not something for children but a serious social problem.” The family counselor Claudia Bruna just published ‘Educate against bullying‘(edited by Alba), a manual for fathers, mothers, sons, daughters and teachers in which it offers tools to detect bullying at home and deal with it in the classroom. It is not an easy task. The first step is to identify it.

If a child, in a timely manner, annoys a classmate in the park or tells him he does not want to play with him, it does not mean that he is harassing him. Not if you have an argument or blurt out something nasty at you. That a pre-adolescent child does not want to accept a classmate on social media is not bullying either.

It is harassment, however, when it harms that person constantly physically or virtually. Also when he marginalizes and corners him at school or high school. The same as when it scares him, he threatens him, forces him to do something against his will, steals school supplies and insults him very often.

Any basic parenting manual warns that children learn by imitation. Adolescents with smoking parents are three times more likely to acquire this habit, recalls Bruna, who insists that it does not matter if you tell a child a thousand times that smoking is bad if they see you lighting one cigarette after another.

In this case, we are not talking about smoking, but we are talking about screaming. “We think that for a couple of screams nothing happens. But the negative effects on a psychological level are proven”, highlights the author. Bruna mentions one of the basic manuals for fathers and mothers, ‘Kiss Me a lot‘, in which the pediatrician Carlos Gonzalez It warns that children who are slapped learn that conflicts are resolved with blows and that the strong always prevail over the weak.

Do we yell a lot at home and don’t realize it? Educate against harassment includes a university study in the US in which a thousand heterosexual families with 14-year-old children were interviewed. 45% of mothers and 42% of fathers admitted to screaming and, in some cases, insulted their offspring.

“Many parents grew up under an authoritarian model and now they rebel by doing the opposite“explains Bruna. Easily accessing the wishes of sons and daughters, leaving them a lot of freedom, not setting limits and ending up doing what they want are the fundamental characteristics. of the permissive model, which generates kids who own the house: individualistic and hedonistic, very little obedient, with low self-esteem and unable to accept frustration. Bruna advises parents that when they come home after work they take off their backpack of worries and be present and available for their children. Be careful with your mobile, that presence thief.

Orders, one at a time

The expert bets on the assertive model: be flexible and congruent, give orders one at a time and not ten at a time, Explain in advance the behavior you expect from your child, formulate positive limits, avoid phrases such as “don’t leave homework until the last minute” and bet on “do your homework first and then play.”

Feeling good about yourself, respecting yourself and others is essential so that your child does not become a bully or a victim. One of the fundamental recipes to achieve this is to avoid labels. Bruna challenges parents to learn about the green pen method, from the author Tatiana Ivanko: mark the successes of the children in green instead of highlighting their mistakes in red.

“Value the effort, not the result”, asks Bruna after emphasizing that if the child of the house writes 20 words well and one badly, you have to applaud him a lot. The expert also recommends Professor Fernando Alberca’s system (‘All children can be Einstein: an effective method to motivate intelligence’, by Almuzara publishing house): ask your child to name their strengths. If the minor mentions more than five, his self-esteem is high.

There are kids who witness bullying at school or outside of it and also cheer and cheer on the bully. There are others who see it and do nothing because they think it is none of their business. Both profiles are just as dangerous. Parents must make their children the best witnesses of bullying, superheroes with the power to see and report to parents and teachers. “It is not a tip-off, it is a responsible complaint to make the invisible visible”, concludes the author of Educate against harassment.

Bullying can also be prevented in the family environment. Setting clear boundaries at home, building self-esteem, not yelling in front of children, and teaching them to report abuse in the classrooms when they witness abuse are some of the tips to end this scourge.

‘Educate against harassment’, by Claudia Bruna.