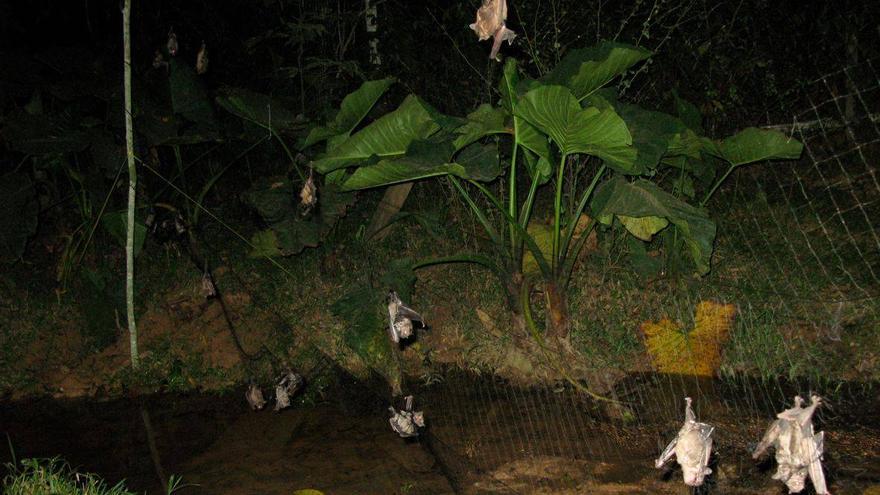 Most of the infectious diseases emerging of human beings are zoonotic, that is, caused by viruses from other species animals, as has happened with the covid-19. It is estimated that only a small part of the 1.67 million known animal viruses can infect people, so surveillance and control measures for these pathogens become essential as new viruses are discovered.

“Currently, we know of at least 165 species of virus transmitted by animals that can also infect humans (the so-called zoonoses). These are added to the 96 viruses that are transmitted mainly or exclusively between humans, some of which also infect other animals, according to our count “, details Nardus Mollentze, researcher at the Institute of Biodiversity of the University of Glasgow on United Kingdom.

In recent years, the discovery of many viruses new to science but of which little is known has been reported, which entails a challenge: finding out if they pose a threat

For the ecologist, it is very likely that these figures are undervalued because on the one hand, routine surveillance of many virus species is lacking and, therefore, human infections can be missed. In addition, in recent years, many viruses new to science have been reported, but about which little is known, which entails a challenge: finding out if they pose a threat.

In a study now published in the journal PLoS Biology, Mollentze and his team suggest a method to determine whether an animal virus has a high probability of being transmitted to humans, especially now that contact patterns between animals and humans are rapidly changing as natural habitats are destroyed.

Scientists thus propose models of machine learning from the genome sequencing of viruses to predict the probability that any virus that infects animals will be transmitted to humans, in the case of a biologically relevant exposure. “The model would help prioritize viruses immediately after their discovery without any additional cost, which makes the subsequent characterization more feasible and efficient ”, reports Mollentze.

To reach these conclusions, the researchers first collected a data set from 861 virus species from 36 families. They then built machine learning models, and assigned a probability of human infection based on the taxonomy of the virus and / or its relationship to those known to infect humans. Finally, the authors applied the best-performing model to analyze patterns in the predicted zoonotic potential of other virus genomes sampled from a number of species.

We tried to find general signals that could be used to estimate the relative risk of human infectivity of the newly discovered virus species.

“We do not focus on specific types of viruses, we try to find general signs that could be used to estimate the relative risk of human infectivity of newly discovered virus species, ”explains Mollentze.

In previous work, it had been shown that the general properties of viruses, such as whether they have a genome of RNA or from DNA, are correlated with the probability of being zoonotic. “However, these characteristics are too broad to allow conclusions about specific virus species, so we had to look for more specific signals,” says the ecologist.

The results of this study, which represent a preliminary step for the identification of viruses, show that these viral genomic signals are much more specific for each species than previously thought, “which allows us to identify the viruses that infect the humans with surprising precision ”, emphasizes the author.

However, although the biological mechanisms that lead to these signals remain poorly understood, they could be related to the way in which animal hosts detect them. invading nucleic acids and distinguish them from their own products genetics, confirmed another previous investigation.

More viruses in mammals and birds?

Zoonotic viruses are generally associated with mammals and birds. Within these groups, Mollentze demonstrated last year in another article published in the magazine PNAS that zoonotic viruses are relatively evenly distributed among the taxonomic orders of possible reservoirs, without any group standing out.

The only exception were viruses from non-human primates, which tended to be more likely to be predicted as zoonotic.

“From that work, it seems that the only reason we found more zoonotic viruses from, for example, rodents and batsIt is because they are large groups: there are many species of rodents and, consequently, also many viruses associated with them, some of which can infect humans ”, comments the expert.

The new publication confirms this, since viruses sampled from different groups of animals have the same probability of being anticipated as being of high zoonotic risk. “The only exception were viruses from non-human primates, which tended to be more likely to be predicted as zoonotic. This makes sense, as we know that transmissions between closely related species are more likely to be successful. ”

However, despite the fact that the proposed models predict whether viruses can infect humans, the work emphasizes that infectivity is only part of the broader zoonotic risk, which is also influenced by the virulence of the virus in humans. , human-to-human transmission capacity and ecological conditions at the time of human exposure.

“We are still a long way from using virus discoveries to prepare and try to prevent future epidemics and pandemics, but this is an important step towards that goal,” concludes the ecologist.

Tags: animals, identify, it will happen, next, virus