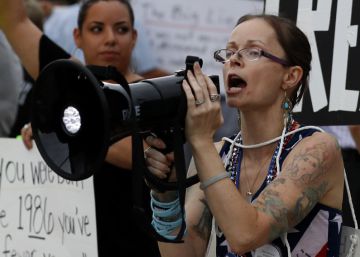 Governments that deny the importance of the climate crisis, the World Health Organization includes the rejection of childhood vaccines among the dangers of 2019, charlatans who claim to cure diseases with plants and promises to reduce emissions without touching traffic. In post-truth times, in which it is tried to discredit the science and the facts as debatable, it is crucial to face these pseudoscientific messages. Therefore, from the science itself is investigating the best way to correctly communicate their knowledge to fight those who deny it. The primordial is obvious, but now we also know that it is efficient: to respond immediately to each hoax that is intended to publicly disclose.

Two researchers from the University of Erfurt have conducted six complementary experiments in which they examine how the public influences a message that questions science and what works to counteract that attack. The first conclusion of the study, published in Nature Human Behavior, It is clear: "The results show that public discussions with a science denialist have a detrimental effect on the audience." When the subjects of the study listened to or read their criticisms of vaccination or climate change, their favorable attitude to science in those matters fell. And the best remedy: to face it immediately.

In the experiments, the charlatan was followed by a text or audio from a science advocate who responded to the hoaxes. And the result was remarkable, since it moderated the negative effect that the anti-scientific discourse had had on the public. The researchers wanted to study what is the best strategy: to respond with the data, that is, going to the bottom of the matter; respond by pointing out the plot fallacy, that is, attacking the ruse of discourse; or using both at the same time. Their data show that it works the same to counter the false data or the argument fallacy: in the case of discourse anti-vaccines, it serves to deny plainly and to provoke autism as indicating that the anti-vaccines, for example, has resorted to a false expert as an argument of authority. And the refutation is especially effective with the most vulnerable groups, such as people with little confidence in vaccines in this case.

In addition, to the surprise of the researchers, it is not necessary to add the two strategies: with using only one, the factual or the plot, the impact of the denier is already reduced. With this information in hand, the authors of the work ask the disseminators to work well rhetorical stratagems, since it is easier to dismantle every piece of information that can be invented. "An economic tool to mitigate the damage is to expose the five usual rhetorical techniques of science negationism, because they are used in any field, be it climate change or holocaust," says Philipp Schmid, co-author of this study. In their work they point out these five tricks: resorting to false experts (a discredited healer), appealing to conspiracies, asking for impossibilities (100% security of vaccines), logical fallacy (false dilemma) and interested selection of data (or cherry-picking). Showing people how they are trying to deceive you by pointing out these rhetorical tricks is as effective as knocking down the deception itself.

"A tool to mitigate the damage is to expose the rhetorical techniques of the negationist, because they are used in any field, be it climate change or the holocaust," says Schmid

Perhaps the most interesting result of these experiments (carried out with two different themes, warming and vaccines, in two countries, USA and Germany) is that the dreaded boomerang effect is not produced (or backfire). In recent times, it had been considered especially complicated to get someone out of his mistake because of this cognitive bias: informing people could generate a backlash to defend their initial position. Thus, the work of researcher Brendan Nyhan showed that offering data to anti-vaccines could make them even more reluctant, for example. However, both this study and other works (also by Nyhan himself) show that this effect, if any, is more flimsy or particular than previously thought. However, Schmid acknowledges that they have only studied the immediate reaction and perhaps a certain boomerang effect is activated later.

Sander van der Linden, decision-making expert at the University of Cambridge, believes that before we should think that you can not convince, now that it is easy to achieve: "I think it is very exaggerated, both extremes are false. persuade someone because of the effect backfire, but it is also not easy to combat the negationism of science. "" People have overestimated the power of the effect backfire in the past, but that does not make it easy! "ditches Linden, director of Cambridge's social decision-making laboratory.

"The results of this study are a relief, it is encouraging to know that rebutting denial works, it is a call to arms to science people, to get involved," says neuroscientist Susana Martínez-Conde, expert in the deceptions of the mind Y belligerent against the phenomenon of the afterlife. "It is not true that nothing can be done, when we retire, it is when those false messages have all the space to proliferate We must use the resources at our disposal: either the scientific knowledge of our field or the rhetoric", adds Martínez -Conde, director of the Integrated Neuroscience Laboratory at the State University of New York.

The best battle, the one that is not fought

However, the study is clear: to refute the negationist mitigates the damage, but it is better that this public debate does not occur. "The results of our experiments show that damage can be mitigated, but it hardly increases positive attitudes or intentions," admits Schmid. The hoaxes make a dent among the public and, in general, the charlatan gets away with it even if it is corrected and the battering moderated. Among the disseminators there is usually a debate about whether it is convenient to discuss these charlatans publicly: to play them or to question them. According to the study, the best thing is to refuse to participate "if the event is canceled" and to spread the hoaxes. But if the act is to be held in any case, it is best to go, prepare well and refute conveniently. You have to fight, but it's better if there's no battle.

Therefore, specialists consider it necessary to do something before and not just react to the attacks a posteriori. Linden has just published the last of his works on how to "vaccinate" the population against false messages and misinformation. "It is not necessary inoculate a whole society, only enough people to achieve group immunity, "explains the Cambridge expert." There will always be conspiracy theorists, but their influence will be minimized if there are enough 'immune' people, he says. accomplished immunize half a million people with a simple game on-line which shows, creating it, how disinformation is generated.

"Just as our brain is hardwired, it is more difficult for us to understand the numbers than the stories of individual people, which is why we must reinforce each other," says Martínez-Conde

"If we focus on the general public, we can reach the undecided," says Schmid, who asks not to belittle charlatans and take rebuttal seriously and professionally. "One thing is to know what strategies work and another thing is to apply them effectively," he warns. For example, the evidence shows that addressing the opponent with education and respect for their arguments makes the audience more receptive.

It is also decisive to know who you are addressing. The document that the World Health Organization has prepared To deal with this problem it is clear: when debating in public with an anti-vaccines, the objective should not be to convince him, but to prevent his message from stalling in the rest of the audience. One of the techniques that works best is to let the opponent drown in his own misinformation: do not ask "why?" but "how?" Several studies have shown that the illusion of knowledge makes us believe that we know how things work -in our head things fit together-, but when developing it verbally, in detail, the seams of argumentation will be seen, leaving the king naked before the audience and moderating the interlocutor's extremism.

A variant of this technique, dedicated to convince the interlocutor, is what some Australian researchers call the persuasion jiu jitsu, in reference to this martial art that knocks down the opponent with its own strength. "The goal of jiu jitsu persuasion is to identify the underlying motivation and then adapt the message to align with that motivation." Instead of trying to directly combat a values-based attitude, the goal would be to accept those values ​​and use them to capture attention and trigger changes ", explain these authors. For example, identify the neoliberal values ​​of a climate change denialist and, instead of talking about polar bears, explain the business opportunities of the green economy.

The neuroscientist Martínez-Conde insists on the importance of knowing how the psychology of arguments works and, for that reason, she vindicates the importance of the story. "As our brain is hardwired, it is more difficult for us to understand the numbers than the stories of individual people, which is why we must reinforce each other," says the expert. will lead a panel on the value of this story telling art for the communication of science during the next meeting of the Neuroscience Society of the USA. "It is difficult to counteract an emotion with the intellect, you have to know how to communicate with an emotional experience," he says.

"It would be a total exaggeration to say that it is easy to fight against the negationism of science: first, it is different according to who you are trying to convince, it is almost impossible to convince the negationist of science because of motivated thinking," says Philipp Schmid, research scientist. the University of Erfurt. Motivated thinking is an easy concept to summarize: we are designed to be right and we will look for those arguments that fit with our previous ideas, underestimating those that contradict us. This bias is very strong and a study published last week showed how it works even in times of internet, in which we have immediately all the information to avoid living in error. But, as the experiment shows, it is still valid. The subjects could search the internet for all the evidence they wanted to help them make correct decisions and they were paid according to the accuracy of the same. Despite the reward, these volunteers stopped collecting data as soon as what they found supported the conclusion that fits with their thinking. If it did not correspond to their way of thinking, they kept looking for more time and more data. "Today, there is an unlimited amount of information available at the click of a mouse," says study author Tali Sharot. "However, because people are likely to perform fewer searches when the first results provide the desired information, this great wealth of data will not necessarily translate into more accurate opinions," laments the researcher at University College London.