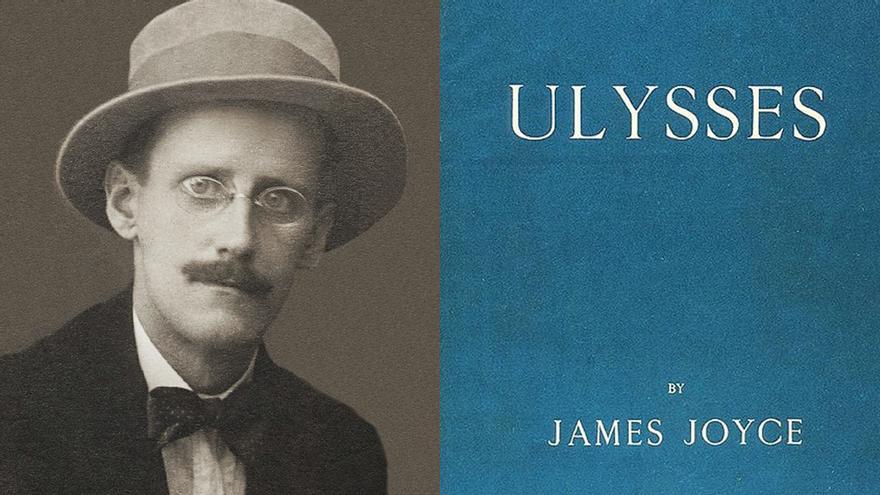 100 years ago the Irish writer James Joyce wrote the great novel of the 20th century. Ulises (1922) is, in the words of its own author, a text created to keep specialists entertained for 300 years. And now that it is a century old, as can be seen by the countless articles and reading manuals that deal with it, it seems that the prophecy is on the way to being true.

This has at times played against it, turning it into a work that everyone knows but few read. But nevertheless, Ulises It is a transgressive story that does not stop being full of humor, as it happens with Don Quijote of La Mancha, and that well deserves the attention of readers beyond the academic field.

Precisely for this reason, taking advantage of its centenary, the publisher Lumen publishes a special edition with the translation by the poet José María Valverde (1926–1996) revised and updated by the editor and literary critic Andreu Jaume, who is also in charge of adding a new prologue for the occasion. "It is a novel that can seduce many readers, that is full of registers, of appreciations and that from the linguistic point of view is a masterpiece because Joyce was a virtuoso of English. To find someone so gifted in the handling of the language you have to go back to Shakespeare ", explains the expert elDiario.es. But what is it about Ulises?

It started out as one more story of Dubliners (1914), a collection of costumbristas stories on daily aspects developed in Dublin. It was then that the idea for the character of Leopold Bloom came up, a 38-year-old Jewish publicity agent who emigrated to Ireland married to a woman who is unfaithful to him. "He thought about dedicating a story to it, but it got out of hand and became a novel. It's the same thing that happened to Cervantes with The Quijote", says the editor.

"Mr. Leopold Bloom ate with delight the internal organs of beasts and birds. He liked the thick giblet soup, the nutty gizzards, the roasted stuffed heart, the slices of liver battered with crust crumbs, the roe of fried cod. Above all, he liked grilled lamb kidneys, which gave his palate a subtle taste of slightly odorous urine, "Joyce describes it in her work. They are the first lines about a character who ended up embedding himself in the popular imagination to the point of creating the Bloomsday, an event held every day on June 16 since 1954 where the gathered people reproduce activities related in the novel.

Bloom's march through the streets of Dublin starts out as an everyday situation, but as it progresses it becomes something unique. "In the first chapter it seems that he is going to tell a normal story, in which some friends get together and start talking, but then an odyssey is generated that has nothing to do with the usual classic narratives. He mainly dedicates himself to narrating the history of a group of characters and their relationship with language ", explains Jaume.

Another aspect studied ad nauseam, as Jaume explains in the prologue, is the relationship between Leopold Bloom's journey and the hero of the Odyssey of Homer. However, this link between a Greek myth and a worldly man may not be exactly what you expected. "Two thousand years later, the title of Ulises it could not be more than ironic, "the critic emphasizes. The references are, therefore," of an extra-formal nature. "It is not necessary to read Joyce's work with one eye on it and another on a Greek epic from two millennia ago.

Each chapter of the 18 that makes up the book is a prodigy of stylistic invention that explores different communicative formulas, such as the interior monologue or even inventing its own language. This has caused many readers to reject the idea of ​​facing the work before even opening the cover, but Ulises it is not just a literary challenge.

"Ulises It has that first dimension of a stylistically complex and ambitious work, which breaks all the representation schemes that had been observed until then. But then there is also a very powerful human and emotional story, which is what is usually ignored ", appreciates the prologue. It does not mean that it is not a challenging reading" even for the most advanced readers ", but neither that it is overwhelming.

On the internet and bookstores you can find dozens of recipes to face Ulises without dying trying. There are even videos that detail step by step how to face "the impossible work." But, according to Jaume, "all this is useless" because "the only thing that it does is to dissuade and make the reader feel inferior". The advice given by the editor is to embrace the novel like any other: by reading it. "You have to be seduced by the wonder that is the language or the characters. And if there is a particularly heavy chapter, then we skip it or we are left with the most interesting pages and that's it. You don't have to assimilate everything because Joyce himself knew that it was a work impossible to understand in the first reading ", defends the critic.

The chaotic order of the stories presented by Joyce has an explanation: the context in which it was forged. Imagine him writing that novel from 1913 to 1922, in a Europe devastated by war. With great economic difficulties, galloping alcoholism, a problematic daughter and a woman who ignored him. It is impossible that this followed a schematic pattern: the novel it is full of life precisely because it is an explosion of a thousand things ", says Jaume.

Choose a fragment of Ulises It is not easy, since each of its chapters can be conceived as a literary experiment. However, the prologue confesses that there is one that struck him especially: episode 3, Proteus. It is a walk on the beach in which Stephen Dedalus reflects on aspects such as family, his youth or the death of his mother. "It is a monologue in which symbols, images and works are played that give a dimension to the narrative that goes far beyond what had been seen in a novel until then", the critic appreciates. A fragment that, precisely, culminates in a good example of its naturalistic atmosphere: with its protagonist leaving a dry mucus on a rock by not having a handkerchief to clean himself.