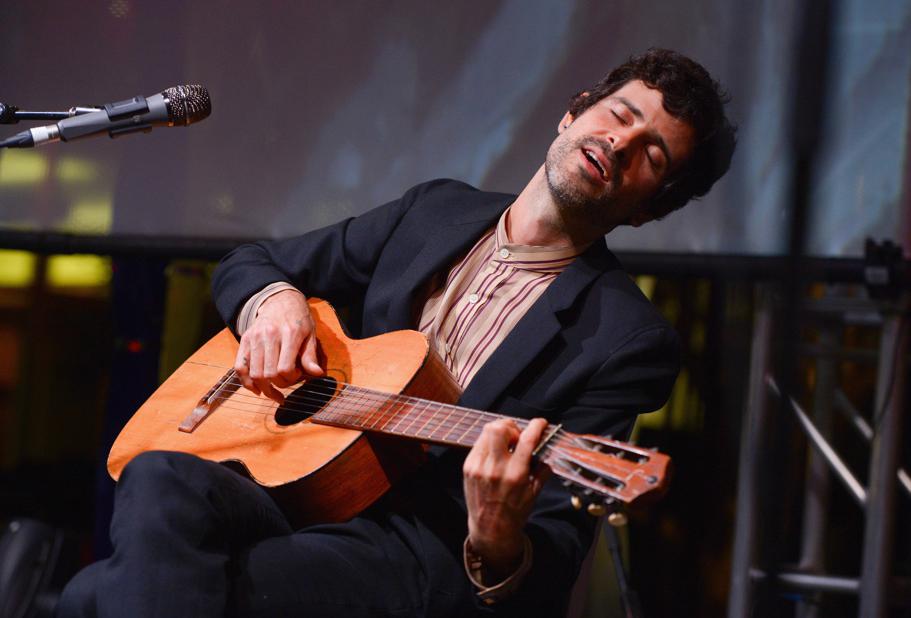 Buddhist, painter, singer and musician, Devendra Banhart – Venezuelan-American based in Los Angeles – is one of those artists who radiates a sensibility that has made his music one of the most appreciated in the international pop circuit.

Maker at the beginning of a personal sound proposal that was branded as freak folk – term that he considers a “horror” even if he loves it– , The musician has become a cult artist, supposedly a minority but already listed as headliner at festivals in the world, such as Cruïlla de Primavera. Today he will star in precisely his inaugural concert (Razzmatazz, 9 pm), wrapped in his band and with the songs of his recent album Ma As the main raw material. The evening will feature as a opening act with Vetiver, that is, a complete reference of the Californian neofolk scene and good friend of Banhart.

On the other side of the telephone in Paris, shortly before starting his current European tour, Banhart told this newspaper a few days ago that “what I would like is for the person who comes to one of our concerts to feel it as if he were going to a hotel that is under water, or as if it were in a honey bath. ” Often cryptic, the artist explains in his own way that the goal of his music, of this album and in general of his career since its inception “is to offer all possible respect. I think that is the most important thing that can be done in the world, where right now there is not much respect we say. ” And it is explained: “I have always tried to go on that line for 20 years when I gave the first show for two people, one of them my father. When I finished it, my father told me that he had to convey confidence and be respectful in what he did. I was stunned because that had nothing to do with rock and roll or the art and poetry that I intended to develop. ”

Twenty years later, he now says he has everything clearer. “Now I finally understand that I don’t know what I am doing, and that is why we now have a freedom and a chance to have a space that sometimes leads us to adventure.” What he means is that “in fact it is the first time that we give ourselves that space to improvise between song and song and within the songs themselves”, although he confesses that “perhaps the best thing about this tour is that the way to present the Songs vary every night because it depends decisively on the energy in the environment. So it has happened to us that one night it has been as more melancholic, calmer, and then we change the repertoire, and other times the energy has been so high, that we have all put it in a rumba code so to speak. ”

True to his maximum of years ago when he said he considered himself an amateur in everything he did, Banhart acknowledges that “I don’t know exactly where I am better, if I am a musician, performer or plastic artist, although I do know where I feel better, where I feel like in my world, my neighborhood, my space, is when I write; It’s not the easiest or what I like the most, but I know it’s the most important thing. ” And about his condition as an amateur, he is jokingly bright when he explains that “it is very important to be an amateur, because I am very aware that the root of that word is lover , and that in the Zen tradition it means that you have to have the mentality that you are always beginning. ”

And he ends up talking about his confessing admiration for the young (and a cheesy point) Chicano singer Cuco, idol of the cholos : “Because I like? Because it has a good vibration; when he sings
and makes music is giving you a table space. ”

Johnny Depp, the fall of a god